An overheating engine is never a good thing to have happen. If the problem is caught quickly you can save the headache of a major engine repair. Knowing the information from the following guide will enable you to make the right decision when one of the following symptoms presents itself. 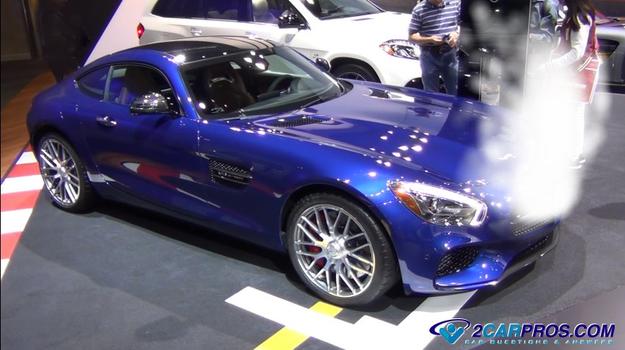 There are many factors that can allow an engine to overheat. One of the most popular causes is when the coolant level of the cooling system becomes low. If this level is low it will cause the heat that is inside of the engine to remain while creating steam as the temperature rises. The most common cause of the coolant to be low is a leak somewhere in the system or the engine. A mechanical failure such as a thermostat sticking closed will block the flow of coolant into the radiator which will also cause an overheating problem. Additional mechanical failures can include a cooling fan not coming on and a blown head gasket. If an engine is run while overheating it causes the pistons to expand and seize in the cylinder bore while cracking the engine block and cylinder heads.

If you think the engine is overheating do not attempt to check the coolant level or open the cooling system because it is under pressure and you can get burned by hot coolant if you are not careful. Always allow the engine to cool down before checking for a problem.

Because an engine is a large piece of metal with residual motor oil small pieces of plastic, rubber seals and gaskets when it is running hot these materials and oils will give off an odor which most people describes as "smells hot". This condition can happen even if the temperature gauge shows normal and the warning light has not come on. This odor can be brought through the air conditioner vents because the engine is near the fresh air intake of the HVAC system.

When an engine is cold it runs inefficiently. This is why all engines are designed to have a thermostat which remains closed blocking the flow of coolant to the radiator until the engine reaches its operating temperature. The problem is when this device fails to open it causes the coolant to be super heated inside the engine block. This will sometimes result in a thumping sound from the front of the engine as the cold coolant in the radiator is trying to mix with the hot coolant in the engine block. This sound is an indication the thermostat needs to be replaced due to a failed thermo sensor in the unit.

Engine oil is used to lubricate and provide a thin layer of protection between its moving parts. When this oil becomes super heated it loses the ability to provide this layer as the weight of the oil becomes so thin it takes on the resemblance of water. Once this condition occurs the clearances within the engine start to make a ticking sound indicating the lubrication properties have failed.

If coolant is on the ground under your car after you have parked it for a period of time it could be an indication of the engine overheating. This could be because of two reasons, first the cooling system has a leak which will cause the engine to run hot and overheat or the coolant has boiled inside the cooling system and has been relieved by the coolant overflow tank.

When boiling coolant is present, such as in the coolant reservoir or being relived from the radiator cap due to extreme temperatures it will result in steam being produced from the front, sides and rear of the hood. This is because the coolant has surpassed its boiling point and is now turning to steam much like water would. This is a definite sign the engine is overheating and it should be shut off immediately before damage occurs.

While an engine is overheating it can have reduced power due to the pistons expanding in the cylinder bore which slows the crankshaft rotation. This slow down is directly related to the amount of power the engine can produce. If you notice the engine is having a hard time keeping up with traffic first look down at the temperature gauge or light then try to notice any unusual smells which can be trying to tell you there is a problem with the engine's temperature.

While the hood of the car is usually hotter than the rest of the body parts it shouldn't be extremely hot to the touch. You should be able to place your hand on the hood for about 10 seconds in the worst case scenario. If you cannot touch the hood then suspect the engine is causing this excessive heat and should be checked out.

Our certified technicians are ready to answer engine overheating symptoms questions for free. We hope you saved money and learned from this guide. We are creating a full set of car repair guides. Please subscribe to our 2CarPros YouTube channel and check back often for new videos which are uploaded regularly.