RASMATAZ
Have helper turn key On while you check for power in front of the inertia switch-no power you have an open circuit between the switch and fuel pump relay or the computer is not grounding the fuel pump relay
SPONSORED LINKS
Was this
answer
helpful?
Yes
No

I've been having a problem for nearly 9 mos. Where every so often, the fuel pump will not come on (I can't hear the quick humming sound when you turn the ignition to the "on" position) leaving the truck to turn over but not catch (it stalled). So when it happens, I simply turn the ignition from "off" to "on" several times, and eventually the fuel pump will come on, and I could start my truck.

Two weeks ago, when the pump wouldn't come on I tried the "on" "off" for about 25 minutes, the longest time of trying to start on record and the pump continued to not come on. I disconnected the line going into the fuel filter and cranked the truck--but no fuel came out of the line (which led me to believe my fuel pump finally gave out). I was going to tow it the following day, but when I went to show the tow guy where it was, I decided to try and start it; the truck started but ran really rough. I had my mechanic replace the pump, but the next day, the same thing happened again! He took another look at it, but said the fuel pump kept working and could not check for an electrical problem until it malfunctioned again (he checked the inertia switch, and he switch the A/C and Fuel Pump relays). What is the problem? It seems that I am stuck with waiting for it to malfunction again.
Was this
answer
helpful?
Yes
No

Do I Have A Fuel Problem Or Electrical Problem? 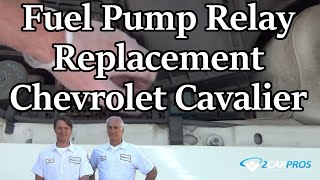 I Have A 2002 Ford Ranger With A V6 4.0l Engine. Periodically In Cold Weather, It Will Not Start. After Having This Occur Several Times...
Asked by cjc ·
23 ANSWERS
5 IMAGES
2002
FORD RANGER

What Should The Fuel Pressure Be At The Fuel Rail Of A Ranger With The 2.3 Liter Engine?
Asked by mjblanton77 ·
62 ANSWERS
10 IMAGES
1994
FORD RANGER
VIEW MORE