REPAIRS123
It appears that I need to get my transmission replaced. The problem was diagnosed as being a problem with the torque converter, but the mechanic is telling me the whole transmission is bad. What would be a fair estimate for a rebuilt transmission with at least a three year warranty. Also, can you inlude the estimated labor cost on average. I feel like I am getting ripped off.
SPONSORED LINKS
Do you
have the same problem?
Yes
No

SERVICE WRITER
2 or 4 wheel drive?
Was this
answer
helpful?
Yes
No
+5

REPAIRS123
4 wd. I live in PA. If that makes a difference on pricing.
SPONSORED LINKS
Was this
answer
helpful?
Yes
No
+1

Labor for R&R is 8.9 hours, figure another.6 or so for flushing the lines.

So that would be 9.7 times the labor rate of?

I normally use jasper engine and transmissions. They don't do this one. You'll need to call the dealer for a price of the transmission and converter.

I would expect the converter to be about 240.

DAVODAVO
In my opinion, they have a pattern (going back years) of not refunding core charges, delivering bad product, not paying warranty claims. The list goes on!

I regret having given them my money.

Specific issues -- please use Google to find wide confirmation of these patterns over years!

- I bought their deluxe extended warranty

- They promised transmission in 7-10 days.

- They couldn't find transmission to ship it on time

- They later claimed that the transmission was in dyno-test

- They later claimed they had to re-rebuild the tranny.

- Eventually they shipped a defective transmission, plus it wasn't even the right kind for my car.

Finally, the tranny is in the car after a month. Whoops: their transmission didn't work much better than the old one. But it was clear they didn't know how to do any better. I can live with it, long enough to sell the car (wasn't my plan, but is now.). Shifts roughly in forward and reverse, makes constant whirring noise.

I tried to ship old transmission back to them to get my $750 core exchange refund.

- they "couldn't find" a shipping authorization form for a week. It didn't seem that they wanted me to ship it back

- finally, they let me ship it back

- they didn't respond to dozens of phone calls and emails

- they initially denied having received the core

- I filed a protest with my credit card dispute organization

- eventually they admitted to having received the transmission months ago but whoops: it couldn't be rebuilt (so sorry, no refund!)

>>>>The transmission I sent them was nearly as functional as the one they sent me after rebuilding. All forward gears had been running properly, smooth shifting, no slippage or noise. Their claim was that the "overdrive set" was destroyed so the tranny couldn't be rebuilt. In fact, the overdrive set and everything else they claimed was un-rebuildable were fully functional. My mechanic wrote a letter attesting to this.

They never paid the transmission core exchange fee. Time ran out with the credit card dispute.

- They also refused to pay the warranty coverage for the work I had done. Note that even if they had paid, the coverage would only be paying $260 out of a $750 charge.

Bottom line, this "$1200" transmission ended up costing me over $3500 in direct and consequential damages, all for a tranny that now doesn't shift properly and makes noise.

I'm sorry I ever thought of doing business with this company.
Was this
answer
helpful?
Yes
No
+3

SERVICE WRITER
Good to hear of your experience Dav. I haven't done businees nor meant to imply to do business with them. Purely just try to give insight to a cost that the question by the poster requested. Good info to know though.
SPONSORED LINKS
Was this
answer
helpful?
Yes
No

Is There A Diagram Or Something To Show The Steps Of Removing A Transmission?
Asked by mikebrown0203 ·
11 ANSWERS
46 IMAGES
2001
FORD ESCAPE

Transmission Will Not Shift Into Drive?

Reverse Works But Nothing Else. The Vehicle Did Not***** Or Shake And There Were No Loud Noises, Drive Just Stopped Working. I Manually...
Asked by ddarko2517 ·
1 ANSWER
2001
FORD ESCAPE

When I Start The Car And Step On Brake Pedal And Try To Shift From Park The Shift Lever Will Not Move From Park I Have To Depress The Manual...
Asked by theboss ·
6 ANSWERS
6 IMAGES
2006
FORD ESCAPE 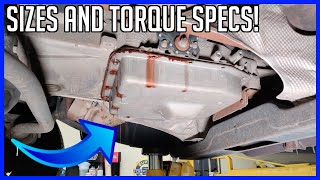