M1GARAND
I have a 1994 S10 Blazer, 4.3L Vortec, with 142,000 miles on it. I replaced the fuel
pump due to low fuel pressure while running (barely 51 PSI). I was checking for
problems as to why it was stalling and not idling correctly. Pinching off the return
line showed the pressure steady, so that meant the pressure regulator was fine. With
the previous pump, it would build pressure fine for the 2 second run before starting,
and hold at about 60 PSI. The truck started easily all the time, just ran kind of
crappy. After replacing the fuel pump (twice with the same result), it builds pressure
to 60 PSI, and then quickly drops to zero. This now makes the truck very difficult to
start, and with the very cold New England weather recently, only a shot of starting
fluid gets the truck running. I don't want to have to drop the tank again if unnecessary.
The pump I installed was from Advance Auto Parts, and it is a Master Brand E3270
(pictured below) which by all indications is a direct after-market replacement. I had
also replaced the pulse-dampener during the first pump replacement, in the hopes of
only doing this chore once. The test I did before installing the second pump was to
build pressure by turning on the key for the 2 seconds, get the pressure to 60 PSI,
and pinch off the high pressure supply line. I was able to hold the 60 PSI fine. It
then dropped to zero when I released it. There is no leaking fuel anywhere along the
lines, so I don't suspect a defective line, and at 60 PSI i would expect it to be spewing
gas. What am I missing? What holds the pressure for the start? I understood it to be
the fuel pump itself. Should I change to a factory (AC-DELCO?) unit? Thanks in advance!

SERVICE WRITER
Well. Keep in mind I'm not a tech, but I would have used an ac/delco in this case for sure. Having said that, I have seen problem with the fuel injection unit that allowed bleed down as well on those 4.3 motors. They are also referred to as a spider or octopus.
SPONSORED LINKS
Was this
answer
helpful?
Yes
No

M1GARAND
The CPFI "spider" was replaced a couple of months before, and by pinching off the high pressure fuel line between the tank and the intake plenum, the pressure does hold at 60 PSI, so that eliminates the CPFI and the clear short fuel hoses inside the plenum. I had a thought over night. Although it is not marked, and looks the same at both ends, does it matter how the pulse dampener is oriented between the fuel pump and the sending unit assembly? Either end fits the fuel pump or outlet pipe. I thought I might try flipping it over later today.
Was this
answer
helpful?
Yes
No

SERVICE WRITER
You know now that you mention the pulse dampner,
I think we ran into this, I can't remember if we had to eliminate it or what.
Check your email.
Was this
answer
helpful?
Yes
No
+1

CARUNDELL
Hey guy!
Just add a little to the mix, there is a tiny "Ball Check Valve" in the fuel pump itself, these routinely fail and even in new pumps can be a problem. I would recommend a warranty on that part!

Chris
Was this
answer
helpful?
Yes
No
+3

JACK42
Chris and Paul nailed it, the pump. Paul, yes the pulse dampener is to be round-filed. The new Delco pump comes with all necessary stuff to make it happen
SPONSORED LINKS
Was this
answer
helpful?
Yes
No
+1

M_H_RITZEL
I would check the fuel pressure regulator again. When you say you clamped the fuel return line you had steady pressure. Then when you released it it went down. Could it be that the regulator is bad letting the fuel return to the tank giving you low pressure at the engine.
Was this
answer
helpful?
Yes
No
+1

M1GARAND
Upon further review, both new fuel pumps came with a short length of fuel hose and a pair of clamps. There wasn't anything in the instructions other than to say it was a kit for multiple vehicles, and you may have parts left over. I am going out right now to drop the tank and deep six that pulse dampener, and do some testing. I will post later tonight with my results, but I'll bet.

SERVICE WRITER
I feel bad you need to drop that thing again, but at least nothing is frozen and the loose rust is already knocked off.

2CEXPT
Fuel pump don't cut it-go back under the IMTV and inspect the regulator and the nut kit-I've been here 2 months ago with the nut kit.

Everyone here has given you what it takes to knock this problem out-take action and report back ASAP. For further detail instructions.
Was this
answer
helpful?
Yes
No
+1

That stooooopid pulse dampener must not have been sealing properly (even though it seemed to). I replaced it with the little piece of high pressure hose and took fuel pressure readings before bolting everything back up. The readings were spec. The truck had been sitting since yesterday in twenty five degree temperatures and fired right up on the second spin of the starter, and has on every consecutive start.

Now I will work on the original intermittent stalling problem, which I discovered tonight is electrical in nature, somewhere along the firewall. I made it stall 3 times in a row jiggling the cables in the vicinity of the distributor. At least I can drive my truck again.

A big THANK YOU! To everyone who responded. I will use this forum again.
Was this
answer
helpful?
Yes
No
+1 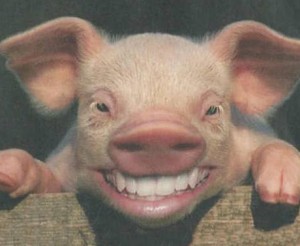 What Should The Fuel Pump Pressure Be On A 1991 Chevy Blazer 4.3 Engin 4 Wheele Drive
Asked by Robert lincoln ·
1 ANSWER
CHEVROLET BLAZER

My Wife Has A 1999 4 Door Blazer, 4.3 Liter, 4x4 That Is Getting Increasingly Hard To Start (sometimes It Takes 3 Long Tries To Get It...
Asked by Yozz ·
1 ANSWER
CHEVROLET BLAZER

Okay So My Car Started Running Funny And Lossing Power On The Freeway A Few Months Ago. So I Finally Tested The Fuel Pressure And It Was...
Asked by tom1984 ·
7 ANSWERS
1996
CHEVROLET BLAZER

Last Week I Went To Start My Car And I Had A No Start, Checked Schrader And Had No Fuel But I Heard The Pump Turn On Everytime. So I...
Asked by tom1984 ·
12 ANSWERS
1996
CHEVROLET BLAZER
VIEW MORE

Not Starting (Engine not running)