TOM137
My sons car is an 01 kia sportage limited 4x4. In this past week I've replaced rear brake shoes, cylinders, & spring kits. Front pads and calipers. All new parts. The right front tire is tough to turn by hand. And after 5 miles of driving right front brake squeals when pressed. That wheel heats up quick and brakes still dont have alot of pedal pressure after bleeding several times.
SPONSORED LINKS
Do you
have the same problem?
Yes
No

CARADIODOC
When it gets tight loosen the steel lines at the master cylinder. If it releases, suspect contaminated brake fluid. If it doesn't, open the bleeder screw on the caliper. If it releases there, suspect a restricted flex hose.
SPONSORED LINKS
Was this
answer
helpful?
Yes
No

TOM137
Thank you.I will try.
Was this
answer
helpful?
Yes
No

TOM137
If brake fluid is contaminated, do I just drain it all out or d I need to do somthing special.
Was this
answer
helpful?
Yes
No

CARADIODOC
If the fluid is contaminated with petroleum product the car is probably not worth repair. The first clue is the rubber bladder seal under the reservoir cap will be blown up and mushy. All the rubber parts in the hydraulic system will be grown the same way. The only proper fix is to remove everything with rubber parts, flush and dry the steel lines, then install new parts. That includes replacing the new calipers and wheel cylinders, all rubber flex hoses, the combination valve, and the master cylinder. If any part, such as the new calipers, are left on the car, the contamination will leach out of the seals and recontaminate the new fluid.

Every week we read about someone who accidentally put power steering fluid, engine oil, or transmission fluid in the master cylinder but there are other ways to contaminate the fluid. One problem that was more common years ago was repacking front wheel bearings, then wiping hands on a rag, then reseating the bladder seal into the cap when refilling the master cylinder. The grease residue on fingertips is enough to contaminate the system.

Another problem showed up many years ago at a mass merchandiser. A new mechanic wiped out a funnel used for engine oil, then used it to fill a brake pressure bleeder ball. The residue in the funnel contaminated five gallons of brake fluid and many cars.

Experienced brake mechanics will even wash their hands with soap and water before touching any seal or other rubber parts they're working on. Also, they will never use penetrating oil to free up rusted fittings in the brake system.

Brake fluid can be contaminated with water too but that won't cause the rubber parts to swell. That will simply lower the boiling point from well over 400 degrees to closer to 212 degrees, and it will promote corrosion of metal parts but that's all. Moisture contamination comes from leaving the master cylinder cap off or the cap off the bottle of new fluid. Brake fluid sucks humidity out of the air, and it will absorb some over time in the car's hydraulic system.

Lets hope you don't find contaminated fluid. It's fairly common to find rust buildup inside crimp fittings and brackets on flex hoses restricting them so fluid can be pumped to a caliper but it takes a long time to release. Often the additional clue is the brake pedal is higher and harder than normal when you press it.
Was this
answer
helpful?
Yes
No 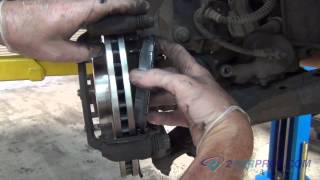 I Put A New Caliper On Front Driver Side, Bleed All The Brakes, Got Good Pressure On Front, But The Rear Only Drips Outs Mushy Peddle. We...
Asked by harleyray ·
4 ANSWERS
2001
KIA SPORTAGE

Today I Parked Briefly (5 Minutes) On An Incline And Forgot To Put On My Parking Brake. When I Reversed Out, My Engine Started Sputtering...
Asked by nnk ·
1 ANSWER
1999
KIA SPORTAGE

How Do I Bleed The Brake System?
Asked by Frygroup14 ·
1 ANSWER
1999
KIA SPORTAGE 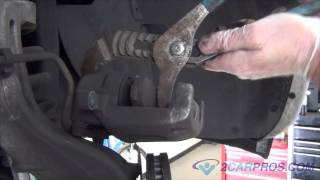 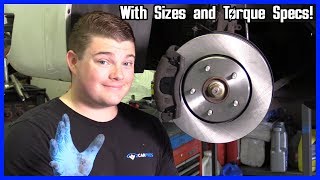 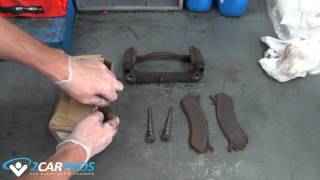