How a Fuse Works 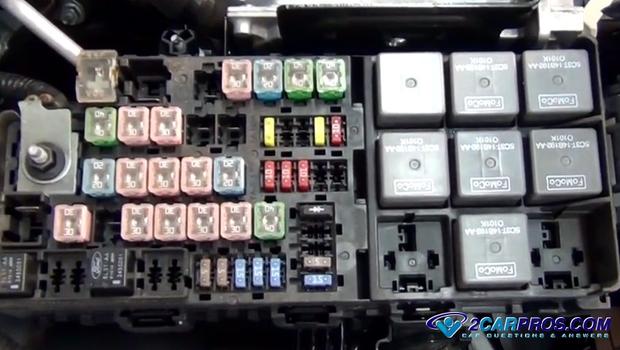 The design of a car fuse is to limit the amount of amperage being pulled through a particular circuit. When an electrical circuit has a problem such as a short to ground will cause the circuit to overheat and catch fire, a fuse eliminates that threat. These fuses are gathered inside a fuse panel or box as many call it and can be accompanied by system control relays. Also, intelligent fuse panels have made their way into the advanced electronics of today's cars and trucks. These can be called TIPM (totally integrated power module) or IPM (independent power module) etc. each manufacturer has their own description of the unit though the operation is the same. All fuses are designated by an amp rating which is labeled on the side of the fuse, typically from 7.5 amp up to 100 amps depending on how much load the circuit is carrying.

Due to the nature of operation of any vehicle the potential for failure is imitate. Today electric cars have made their way into the mainstream and the use of fuses and relays have never been greater. Vibration from the road and engine can wear through the protective isolation of the wiring to cause a fuse to "pop" just as an electric motor, switch or controller can cause the same issue. How to test a car fuse

Each manufacturer has their own ideas on how the fuse panel layout should be but in most cases there are two panels, the main panel will be under the hood of the car while the secondary panel will be inside the passenger compartment. Some cars have an additional panel in the rear of the vehicle as well.

Here is a typical fuse panel located under the hood designed with a cover to help keep moisture out, on newer cars it is called PDC or (power distribution center) 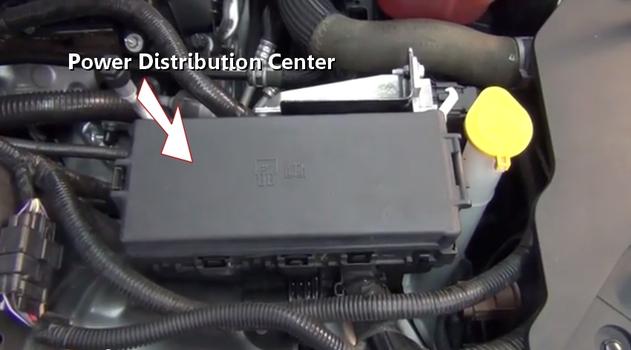 Inside the PDC are many heavy and light duty fuses which protect various circuits which demand a specific amperage. 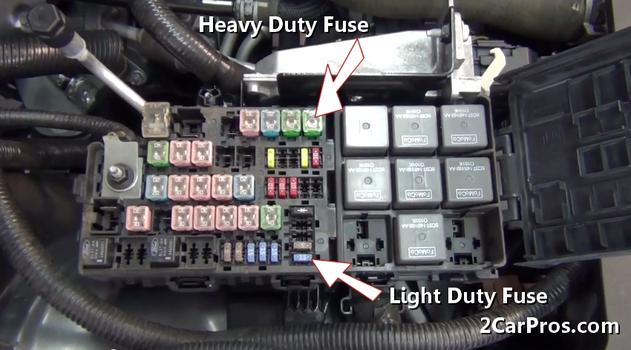 All fuses are designed with an element that will melt if the circuit amperage exceeds the fuse rating which breaks the connection  and protects the circuit. 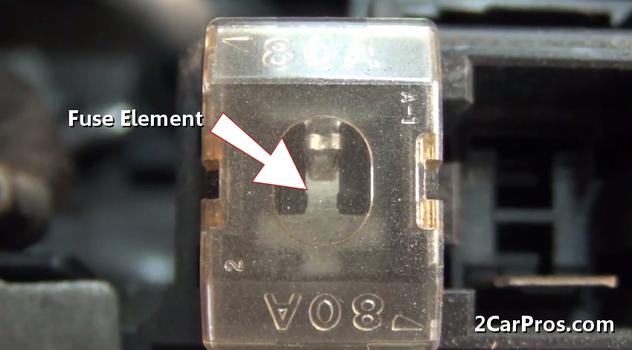 A fuse is typically defined by the amperage rating it's designed to protect, such as this 30 amp fuse. 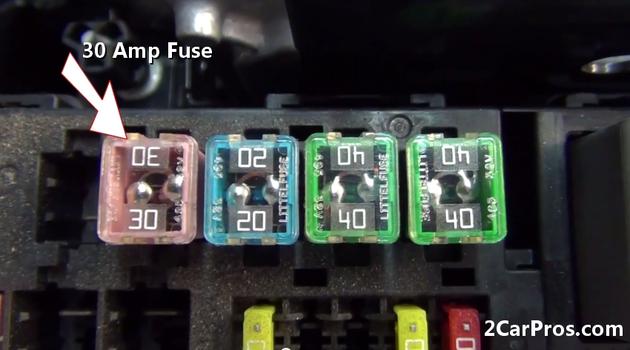 Fuse panel power is supplied by the positive battery cable which is attached to the positive side of the battery. 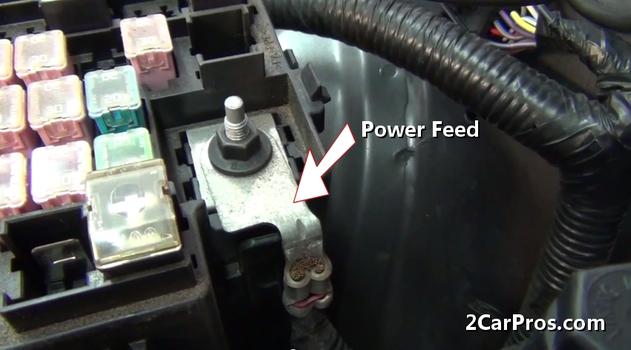 To remove a fuse for inspection a tool is used which is usually supplied inside the PDC. A fuse can tested using a test light as well. 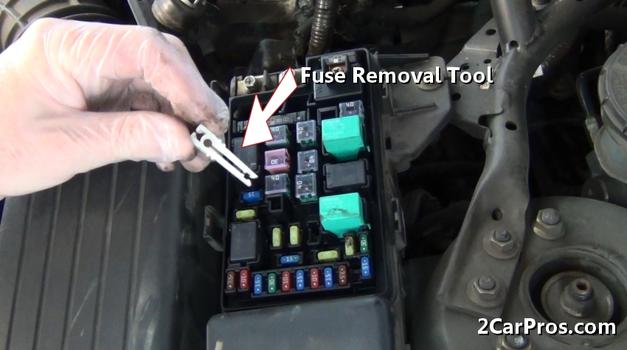 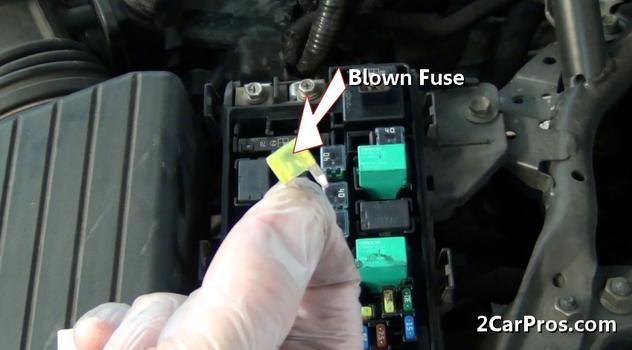 Here is how a fuse is replaced - Fuse Replacement

Our certified technicians are ready to answer fuse questions for free. We hope you saved money and learned from this guide. We are creating a full set of car repair guides. Please subscribe to our 2CarPros YouTube channel and check back often for new videos which are uploaded regularly. 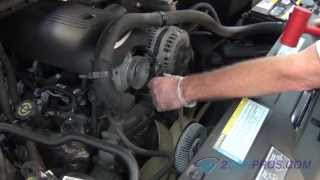