SPIEL1
Have an intermittent problem with the turn signals. They will work sometimes and not others. When it rains they stop. If you open the hood and close it they will stop. After letting it sit for a few hours they will start working again. The hazard lights work all the time. I have replace the multifunction switch which did not help.
Fuses look good. Replaced back bulbs.
Any Ideas?
SPONSORED LINKS
Do you
have the same problem?
Yes
No

This is common when the combination flasher goes out here is how to replace it which is easy because it self initializes. Check out the diagrams (Below). Please let us know what happens.

INSTALLATION
- For Installation, reverse the above procedures.

SPIEL1
Sorry I was not more direct to the post. When the signals go out the flashers stop all together and both right and left signals go out. The hazard lights work perfectly though.

Now that the weather has cleared up the signals work. But if I open the hood and close it they will stop working for a few hours. If the van is not been driven for a few hours they will start to work again. All the time the hazard lights work perfect.
Was this
answer
helpful?
Yes
No
-1

CENTREAG
I have the same intermittent turn signal issue on my 96 Plymouth Voyager. In addition to the turn signals working fine one day and not working the next, the wiper blades will sometimes perform a single swipe when I engaged the turn signal. Replaced the multi function switch ($65) and all seemed to work well for about three weeks before the same issues resurfaced, and then no turn signals at all (hazards and wipers do work). Then replaced the flasher relay ($30) and now the right turn signal is fine, but the left one just stays lit. Another $95.00 and I may be able to buy a used Voyager! Not sure what the next step is, because it's beginning to point to wiring issues. Fuses are fine, as are bulbs.
Was this
answer
helpful?
Yes
No
+4

CARADIODOC
For spiel1, I would still look to see if the flasher is drooping in its socket, especially after the opening-the-hood comment.

For CentreAg, if I read your comments correctly, you had no signals, but with the new flasher, the right side works. That is proof there is something different between the old and new units. As my Chrysler trainer used to say, "we not only sell you new parts, we sell them to you pre-broken". It's very common to find new parts that don't work due to all the unreliable electronics in them. I would try another new flasher.

Wipers turning on when you hit the signals is a mechanical problem, but there was a real common issue with the switches causing "phantom wipe". That was where the wipers would make one swipe for no apparent reason. It was caused by the Body Computer misinterpreting the values of various resistors in the switch and thinking you had selected the lowest delay setting. Isn't it amazing how the engineers can take an inexpensive, simple, reliable circuit, and add an unnecessary computer to it to cause all kinds of expensive problems? I autopsied one thinking I could measure the resistor and change it, but it's just a carbon trace on the circuit board. There's no where to solder a replacement onto. The only fix is to just replace the switch. It actually has three part numbers on it from the supplier. One is Chrysler's, one is Toyota's, but we never figured out the third one.

K-VERSA
Caradiodoc is right. The electronic flasher assembly. It is a relatively expensive and heavy unit. The weight can cause it to partially unplug from the socket.
The same model/year car, identical problem with intermittent disruption of the turning lights operation (bulbs, wiring, switch excluded as the cause). Removed the unit, inspected the electronic assembly under the cap - okay. Slightly twisted the contact blades before plugging the unit snugly back. Turning light flashing operation resumed okay.
Images (Click to enlarge)

KEN
Glad we could get it fixed please use 2CarPros. Com anytime we are here to help

STEPHENRLV
I have a 1999 Plymouth Voyager with the same turn signal type issues. I found fault with the hazard light switch on-top of the steering wheel housing. It sticks or doesn't want to close after engaging it. Once I get it to engage and turn the turn lights on, and then turn off, the turn signals work as they should from the tree handle. I will be looking into getting a new switch for the hazards. If that is not possible a piece of trusty duct tape will be employed to makes sure the switch stays off.
Was this
answer
helpful?
Yes
No

STEVE W.
STEPHENRLV Could you use this link and ask this as a new question please?
https://www.2carpros.com/questions/new

Recently, My Turn Signals And Hazard Lights Stopped Working. At First, It Was Intermittent, But They Finally Completely Stopped. Fuses...
Asked by holzi ·
1 ANSWER
1992
PLYMOUTH VOYAGER 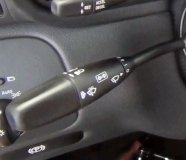 GUIDE
Turn Signal Switch Replacement
We are a team of ASE certified mechanics that have created this guide to help you save money while doing the job yourself, or at least see what you are paying for when...

Right Directional Lights But Does Not Flash

I Have A 1998 Plymouth Grand Voyager That I Bought Last Year From My Parents. It Sat Unused For A Few Years. The Blinkers Would Only Work...
Asked by amanda2511 ·
4 ANSWERS
1998
PLYMOUTH VOYAGER

How Can You Change A Blinker Light Without Going Through The Wheel Wall? I Have Problems Seeing It And The Wiring Is In The Way.
Asked by robin6771 ·
1 ANSWER
1998
PLYMOUTH VOYAGER

I Am Trying To Replace The Front Turn Signal Bulb On My 99 Plymouth Voyager. I Can Reach The Bulb Socket And Turn It About 1/4 Of A Turn...
Asked by pldokken ·
3 ANSWERS
1 IMAGE
1999
PLYMOUTH VOYAGER
VIEW MORE 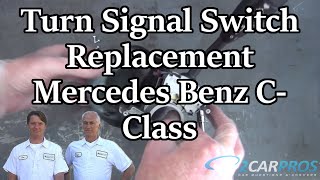