RSS9099
Hi, I have the truck listed above with a no start problem. Will fire on starting fluid. So I went to the fuel pump checked the voltage at the fuel pump connector I have 6.8 volts. Ran a new ground wire from neg terminal on battery hooked meter to that ground and to connector positive still only 6.8 volts. Also ran 12v from battery to red pump wire. Still did not start.

Please help.
SPONSORED LINKS
Do you
have the same problem?
Yes
No

Okay, this is definitely a case of unwanted resistance somewhere in the fuel pump circuit. In the diagrams down below I have included a wiring diagram of your vehicle's fuel pump circuit, a guide for intermittent and poor electrical connectors, and the preferred way to find unwanted resistance in an automotive electrical circuit, voltage drop tests. I have also included a guide for checking grounds. Please go through these guides and get back to us with what you are able to find out.

RSS9099
Thank you. Checking it out now, have same voltage at inertia switch 6.8 volts heading to relay socket now.
Was this
answer
helpful?
Yes
No

RSS9099
Okay, so here is what I found so far: I jump out pin 30 to pin 87 I get 12v. Through to fuel pump connector. Put relay in I get 6.8 volts on green yellow wire and at fuel pump connector. I put a new relay in same thing. What else could be drawing voltage with resistance in this circuit and can I bypass any of this to make it work?
Was this
answer
helpful?
Yes
No

RSS9099
Oh one more thing; the instrument cluster lights work but gauges and tachometer does not seem to work?
Was this
answer
helpful?
Yes
No

RSS9099
Any thoughts on this?
SPONSORED LINKS
Was this
answer
helpful?
Yes
No

This could be a problem with Ground 201. In the diagrams down below I have included a ground distribution wiring diagram for the fuel pump assembly and the instrument cluster as well as a guide explaining how to inspect grounds. Please go through these guides and get back to us with what you are able to find out.

RSS9099
Are we taking this into consideration?

The second potential clinker is that feed wire to the pump is tied to the Engine Computer. The computer turns the fuel pump relay on, then the 12 volts that gets switched on goes to the pump, and it goes to the computer to verify it got turned on. Often the computer will send out a small voltage, then watch the resulting current flow, to verify the integrity of the circuit. Once the fuel pump relay gets turned on, the 12 volts that shows up makes that little signal voltage from the computer irrelevant. You could have a relay that is not turning on, meaning you would have 0.0 volts at the pump, but the 6 volts you are seeing is coming from the computer.

The biggest issue is you must find 0 volts at the fuel pump when the engine is not rotating, (cranking or running). That is the safety feature on all cars with electric fuel pumps. If a fuel line got ruptured in a crash, the pump would dump raw fuel onto the ground, creating a serious fire hazard. Instead, the engine cannot run with no fuel pressure, so it stalls. Once stalled, no signal pulses show up from the crankshaft position sensor or the camshaft position sensor. It is the lack of those pulses that tell the computer to turn the fuel pump relay off. What this means for you is other than for one second when you turn on the ignition switch, the fuel pump will not get 12 volts until you are cranking the engine. In fact, that one second can provide a clue. If you can hear the hum of the pump for one second when you turn on the ignition switch, that entire circuit is working, and there is no point in diagnosing anything in it. Often you cannot hear the pump over the noisy chime.
Was this
answer
helpful?
Yes
No

Yes, this was taken into consideration. Power-train Control Modules [PCM][s] control components by providing and taking away ground paths. Your vehicle's PCM controls the fuel pump relay by providing a ground path or taking it away to Pin 85. The coil on the control side of the relay will be energized when the switched power from the ignition key goes to Pin 86 and the PCM provides ground to Pin 85. In this way the PCM can turn the fuel pump off after it primes the fuel system for a couple of seconds when your vehicle's ignition key is turned to "run" and then you don't start the vehicle immediately. Please check the ground and report back with what you find out, please. P.S. In my first reply I included a wiring diagram where you can see the fuel pump relay and follow how it works. It is a 5 pin relay.

RSS9099
Thank you for your help. I see that the fuel pump and instrument cluster ground through the same point G201 and point S207. Any idea on my 1999 F250 where that may be?
Was this
answer
helpful?
Yes
No

RSS9099
Oh yeah, also tested the green yellow wire on pin 87 of the relay while I had someone turn the key got a higher voltage for like a second upon initial turn of the key. Jumped pin 30 to pin 87 without relay in the socket got 12V all the way back to pump connector metering between black and what I saw as red but it could have been pink it was kinda dark under there. Diagonal wires in the connector the 2 heavier wires.
Was this
answer
helpful?
Yes
No

Have you tried switching out the relay with a known good one? Here is a link describing how to test the relay:

Please get back to us with what you find out. 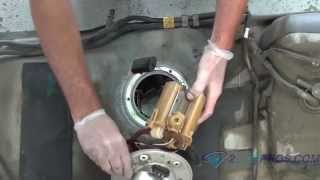 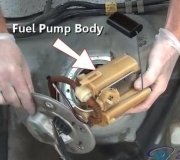 Hello Gentlemen. Yesterday My Husband Started To Experience Some Issues With His Truck. He Noticed That When He Started Truck And Took Your...
Asked by Hinojosa elisa ·
7 ANSWERS
1999
FORD F-250

My 460 Began Running Poorly (especially From A Dead Stop) Off The Front Tank. It Runs Fine Off The Back One. Thought It Might Be A Bad Fuel...
Asked by Jeff LaBour ·
1 ANSWER
1996
FORD F-250

I Think I Have A Problem With The Fuel Pump Or The Sensor. I Turn The Ignition On And I Dont Hear The Humming Sound From The Fuel Pump....
Asked by sk8rgrl_7 ·
2 ANSWERS
1992
FORD F-250
VIEW MORE 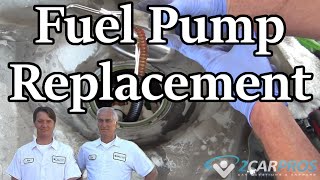 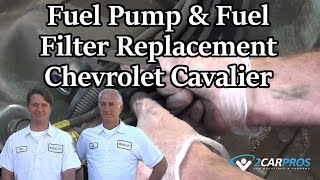 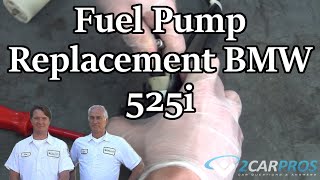