ANDREWJEROME
Car starts every morning without a problem. If I drive it for 5-10 minutes and turn it off, it does not want to start (usually takes 5-15 minutes of cranking and waiting). At the end of the work day when I leave to go home, it also does not want to start, but, as always, will start eventually.

The engine always cranks just fine (allowing me to rule out starter/battery problems) but sounds like it is starved for fuel: on the first crank it will spark from the fuel that is already in the system, but then nothing for the next 10 cranks, then it will get another bump, then nothing, etc, until it eventually starts normally.

In addition, once it does start, I notice the following: engine runs great below 2300 rpm and 25% throttle (maybe even better than before?) But tends to bog when I put my foot into it, especially if it is not warmed up. To complicate matters even more, I could swear that the symptoms were far worse the 2 times I filled up at the local 76 (with ProClean) station.

Plugs and wires were recently replaced as well as the in-line fuel filter. I broke down and took it to a shop last week, and they told me it was the fuel pump (based upon finding 46psi in the fuel line) but I have not heard of these Chevy fuel pumps failing like this: they either work or they don't.

So, now I am thinking either something clogging the fuel pump, a blockage in the fuel-injection filter, clogged catalytic converters, or one of many sensors. Any thoughts would be appreciated.
SPONSORED LINKS
Do you
have the same problem?
Yes
No

MERLIN2021
The spec on your fuel pressure is, relieve the fuel rail pressure, install the guage, turn key to on, read guage within 2 seconds, should be 41-47 psi! Then to check pressure regulator pull vacuum hose off regulator should raise pressure 4-10 psi. Check the IAC and the throttlebody, clean em out. IAC may be sticking.
SPONSORED LINKS
Was this
answer
helpful?
Yes
No 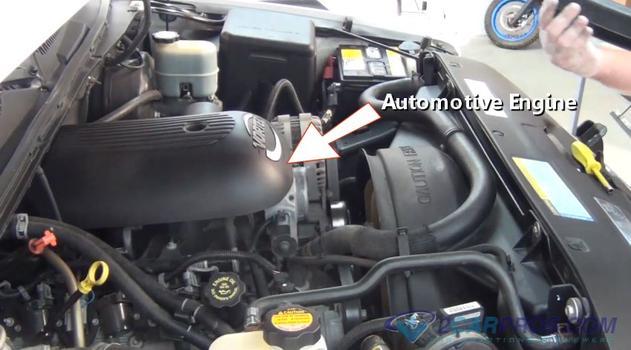 Trouble Starting When It Starts It Sounds Like It Has...

It Hesitates To Start And When It Does It Sounds Like It Jumped Time, But Will Run Fine After It Gets Jumped Off.
Asked by Selena Gibbs Turns ·
1 ANSWER
1997
GMC YUKON

Vehicle Runs Great. Two Weeks Ago, The Water Pump Dumped The Radiator But While The Vehicle Just Happened To Be In A Parking Lot, So When...
Asked by bri4eng ·
4 ANSWERS
2004
GMC YUKON