LINDSEY WEST
Van running fine prior to cranking last night. When key is turned over to crank it makes a drilling noise and will not turn over engine. Trying to decide if towing is needed. Help! Thanks
Video (Click to enlarge) 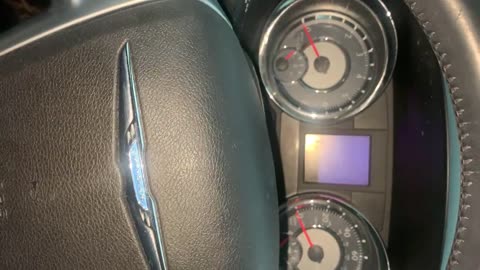 CARADIODOC
Are you referring to a buzzing sound, similar to that of a machine gun? If so, it could simply be due to a failed battery. If you still have the original battery in the van, it has lasted two years longer than expected. A jump-start will likely get the engine started, but you'll have the same problem next time you need to start it.

At the mileage you listed, an intermittent problem with the alternator is also a possibility. Here's a link to a related article:

My strong recommendation is to visit a battery store for a quick diagnosis. You can buy automotive batteries at places like Walmart, and farm and home stores, but that leaves you on your own, especially if the battery isn't causing the problem. The people at the battery stores will start with a battery test. That will show whether the battery is bad, or if it's still good, but fully discharged. If it's just discharged, that can be caused by lights or
accessories left turned on, or it can be caused by a failed alternator. Its job is to recharge the battery after starting the engine, then to keep it charged while you're driving. If you start with a good, fully-charged battery, then the alternator fails, you'll only be able to drive about one hour, and much less if you turn on the lights, heater fan, radio, and anything else that drains the battery.

When it comes to the jump-start, be very careful to follow the instructions in regards to the cable clamp placement. One cable connects to the positive battery post on both vehicles. The second cable connects to the negative posts on both vehicles. (Negative to negative, and positive to positive). If you accidentally switch them on one vehicle, a lot of electrical damage can occur. Most of the time that is just multiple blown fuses, but in rare occasions it can involve damaged computers.

You will also usually see in the instructions to connect the positive cable to both vehicles, then one end of the negative jumper cable to one negative battery post, and finally, the other end of the negative jumper cable to a paint-free place on the engine. That is the same as connecting it to the battery's negative post, however, regardless of where the last of the four connections is made, there are going to be some small sparks. Batteries give off explosive hydrogen gas. The idea of making the final connection on the engine is so those sparks will not be near the battery. Likewise, when the jumper cables are removed, disconnect the cable from the engine first. That also creates small sparks, but over there they'll be harmless. At that point the other three clamps can be disconnected in any order.

Battery explosions are very rare, but that's because we follow those safety guidelines.

Be aware too that at your mileage, it is fairly common to have worn brushes inside the alternator which causes intermittent failure-to-charge problems. When that occurs, the warning light or message on the dash will turn on, and the problem commonly lasts from a few seconds to a few minutes, then clears up. Over the next few months the problem will get progressively worse and act up more frequently and for longer periods of time. That failure gives you a lot of warning before the defect becomes permanent. What you must be aware of though is any testing for that defect has to be done while the problem is occurring, meaning the warning light is on. If the problem clears up while the system is being tested, everything is going to falsely appear to be okay.
SPONSORED LINKS
Was this
answer
helpful?
Yes
No

LINDSEY WEST
Thanks for your reply! I don t think it s the battery as all accessories are working. I m leaning towards starter and someone mentioned possible Bendix drive not engaging. The sound is like a grinding and continues until I shut the key off. It s not like a clicking with battery at all.
Was this
answer
helpful?
Yes
No

I have to tend to agree with you. This sounds like a starter issue. I think even though the motor is spinning something is faulty and the drive isn't engaging to the flywheel and starting the engine. Once the starter is removed you can take it to any auto parts stores and they will test for free. Here are a few tutorials for you to view relating to starter function and replacement:

I've attached picture steps below for starter replacement below for your van. Hope this helps and thanks for using 2CarPros.
Images (Click to enlarge)

CARADIODOC
You could be right about the starter drive. The gear assembly could have broken or there could be a few stripped teeth on the ring gear. Turning the engine a little by hand should get the engine started if it's a ring gear problem. Tug on the belt to turn the engine a little. Don't turn the ignition switch until your hands are out of the way of that belt.

Your observation about the accessories working is not valid for this problem. Even a failed battery with one dead cell will still run lights, heater fan, and radio. Power windows will run much slower than normal. With the dead cell, you won't get enough voltage to keep the starter drive engaged. It will engage at first, then when it switches on the very high starter current, it draws that voltage down to the point the starter solenoid can't stay engaged. At that point, battery voltage goes back up, and the starter solenoid engages again. That repeats many times per second and is what causes the common buzzing noise we associate with a bad or run-down battery.

That's the technical description. If it makes it easier to understand, think of using a garden hose to put out a camp fire. You'd need an airplane to put out a forest fire. The water needed for the campfire can be supplied by the garden hose. That equates to the little current needed to run the accessories on your van. The needs of the forest fire equate to the needs of the starter motor. That's where the little hose, and the battery with one bad cell, aren't sufficient for the job.

Please keep us updated on your progress.
Was this
answer
helpful?
Yes
No

My Chrysler Van Will Not Start, Everything Works Inside Like Radio, Lights, Etc
Asked by lindayzaguirre ·
49 ANSWERS
11 IMAGES
2003
CHRYSLER TOWN AND COUNTRY

GUIDE
Not Cranking Over
When your engine is not cranking (turning) over it will be mainly due to three separate areas, first it could be the battery, cables or poor connection, next is the starter ...

It Does Nothing It Will Not Crank Over?

Engine Not Cranking Over - Bad Starter?

My Car Wont Start Just Clicks I've Been Told That Its Just A Ground Relay I Just Want To Know Where This Is Located?
Asked by Anonymous ·
49 ANSWERS
1 IMAGE
1999
CHRYSLER TOWN AND COUNTRY

Starter Not Cranking Over The Engine?

I Have Had This Van Since It Was New, Never Had Any Problems With It. The Van Sometimes Doesn't Start, But Will Start With A Jump, How...
Asked by Ricardocastro3005 ·
26 ANSWERS
1 IMAGE
2001
CHRYSLER TOWN AND COUNTRY
VIEW MORE