COWBOY0603
Crankshaft position sensor correlation code pops when I crank the vehicle but won't pop when it is running. Turn it off and re-crank it the code immediately pops again. Cleared code and let it run for 30 minutes with no code. Code only pops on startup.
SPONSORED LINKS
Do you
have the same problem?
Yes
No

Can I have the code number that is set? There are too many codes for the crank sensor to guess.

Did you replace the sensor? If you did, the sensor has to be relearned. I posted the procedure below for you to view.

IMPORTANT: After the ignition switch is turned to the CRANK position, the Vehicle Control Module (VCM) must see a change in the state of brake switch (Released to Applied) to run the learn procedure. Also, the service brakes and the parking brake must be held throughout the duration of the learn procedure.

9. Apply and hold the service brakes.

10. Slowly raise the engine speed to 4,000 RPM.
11. Immediately release the throttle when the engine speed decreases.
12. Turn OFF the ignition for 15 seconds after the learn procedure is completed successfully.
Images (Click to enlarge)

What specific code are you getting? There is a chance a timing chain has stretched. If that is the original engine with 180,000, that is my first suspect.

However, let me know the code that comes up so I can do more research on it.

Here are the directions for cleaning and inspecting the timing chain and sprockets. The attached two pics correlate with the directions.

Let me know. Also, if possible, let me know what the code is you are getting. One last thing. Let me know if you have any trouble starting it, if it has a rough idle, or if there is something that is noisy when first started.

COWBOY0603
It is the crankshaft camshaft correlation code. Not sure of the number, but I cleared the code and drove it for an hour. The code didn't return until I turned the vehicle off then restarted it and got the code immediately. I also found out that I have a bad catalytic converter on bank 2. Basically there is nothing left inside it could that imbalance in the exhaust cause this correlation code on startup. Timing was all changed 10,000 miles ago when I replaced a cracked head and the code didn't show up until after the transmission went out. I was parked for a year until I had it rebuilt and also had a couple valve seals replaced that were leaking oil into the exhaust on the bank 2 side.
Was this
answer
helpful?
Yes
No

COWBOY0603
It does appear to have a little stumble on startup, but still starts easily and runs smoothly. It only throws the code on startup.
Was this
answer
helpful?
Yes
No

COWBOY0603
I did change the crankshaft sensor and did the relearn process before I posted on here. Sorry I didn't get back in here sooner but it sent the email notification that I had a reply to my spam folder.
SPONSORED LINKS
Was this
answer
helpful?
Yes
No

ASEMASTER6371
Okay, can you please give us the code number that is being set so we can get a flow chart for you to track the failure?

No to the catalytic converter issue. That is a separate issue.

I attached a wiring diagram for you to view. You need to be sure you are getting the correct signal to the sensor and back to the ECM.

COWBOY0603
I will post the code when I get home from work this evening. I have to put the code reader on it.
Was this
answer
helpful?
Yes
No

ASEMASTER6371
We will be here to help.

I doubt this is a crankshaft position sensor at all. Is a correlation issue between the cam and crank sensors.

On your model, you have a distributor, which is a cam sensor. The gear at the bottom wears out and changes the timing or the setting between the sensors. When this happens, this code is set.

You will need to pull the distributor and examine the gear at the bottom. You may have to replace the gear if it is worn.

Then when you reinstall the distributor, you will need a scan tool to set the cam retard so the correlation is correct.

Circuit Description
This DTC monitors the CKP and CMP signals to determine if they are synchronized. If both signals are not observed by the Control Module (PCM/VCM) within a narrow time window, the VCM will determine that an error has occurred.

Conditions for Running the DTC
The engine is running

Conditions for Setting the DTC
When the engine is running, the cam sensor reference pulse is not detected at the correct position relative to the crankshaft position sensor pulse.

Conditions for Clearing the MIL/DTC
The Control Module turns OFF the MIL after 3 consecutive drive trips when the test has Run and Passed.
A history DTC will clear if no fault conditions have been detected for 40 warm-up cycles (coolant temperature has risen 22 C (40 F) from the start-up coolant temperature and the Engine Coolant Temperature is more than 70 C (158 F) during the same ignition cycle).
Use the scan tool Clear Information function.

Diagnostic Aids
Check the following items:
A loose CMP sensor causing a variance in the sensor signal
Excessive free play in the timing chain and gear assembly
Incorrectly installed distributor - 1 tooth off in either advance or retard positions
A loose distributor rotor on the distributor shaft
A loose or missing distributor hold down bolt.

An intermittent may be caused by any of the following conditions:
A poor connection
Rubbed through wire insulation
A broken wire inside the insulation

Test Description
The numbers below refer to the step numbers on the table.
4. This test will determine if this DTC is intermittent.
5. When the engine speed is raised to 2000 RPM the camshaft retard offset should not vary more than 2 degrees.
6. If excessive pressure is used when performing this test unintentional damage to the distributor shaft could result.
7. If the distributor is one tooth off in either the advanced or retard positions the vehicle may run but 0 degrees camshaft retard offset will not be obtained.
8. If 0 degrees cannot be obtained during this procedure refer to Diagnostic Aids.

NOTE: There are two procedures available to install the distributor.

Use Installation Procedure 1 when the crankshaft has NOT been rotated from the original position.

Use Installation Procedure 2 when any of the following components are removed:
The intake manifold.
The cylinder head.
The camshaft.
The timing chain or sprockets.
The complete engine.

If the Malfunction Indicator Lamp turns on, and a DTC code P1345 sets after installing the distributor, this indicates an incorrectly installed distributor.

Engine damage or distributor damage may occur. Use Procedure 2 in order to install the distributor.

The wire must not touch anything like the dip slick. Rubbing will make a ground/short after time of use.
14. For V8 engines, connect a scan tool.

IMPORTANT: If the Malfunction Indicator lamp is turned on after installing the distributor, and a DTC P1345 is found, the distributor has been installed incorrectly.

2. Align white paint mark on the bottom stem of the distributor, and the pre-drilled indent hole in the bottom of the gear (3).

Installing the driven gear 180 degrees out of alignment, or locating the rotor in the wrong holes, will cause a no-start condition. Premature engine wear or damage may result.

3. With the gear in this position, the rotor segment should be positioned as shown for a V6 engine (1) or V8 engine (2).
The alignment will not be exact.
If the driven gear is installed incorrectly, the dimple will be approximately 180 degrees opposite of the rotor segment when the gear is installed in the distributor.
4. Using a long screw driver, align the oil pump drive shaft to the drive tab of the distributor.

5. Guide the distributor into the engine. Ensure that the spark plug towers are perpendicular to the centerline of the engine.

The wire must not touch anything like the dip stick. Rubbing will make a ground/short after time of use.
13. For V8 engines, connect a scan tool.

IMPORTANT: If the Malfunction Indicator lamp is turned on after installing the distributor, and a DTC P1345 is found, the distributor has been installed incorrectly.

COWBOY0603
This was all done in February before the transmission went bad a week later. I am checking the wires for damage. It took a while for me to get the money together to have the transmission rebuilt because of covid. I cranked it the day before it was picked up to go to the transmission shop with no codes. I will recheck everything but I can't understand why it only happens when starting it. I have cleared the code and driven it for more than an hour without the code returning. It only pops again the next time you start it. The engine has less than 500 miles since the distributor was replaced due to damage from a rotor bolt that came loose. That part is all nearly new stuff timing chain and sprockets were changed less than 2,000 miles ago when a cracked head was replaced. I figured it was the best time to do that job since I had everything pulled out already. I changed the crankshaft position sensor a few days ago and did the relearn process since it appeared to have oil leaking through the old one. I wasn't able to get all the oil cleaned out of the plug for the crankshaft sensor and I don't know if that could have something to do with the code since it could change the resistance on the circuit. So far that is the only thing I have found that could be an issue. First time I had this code was last Saturday when I picked the Tahoe up from the transmission shop.
Was this
answer
helpful?
Yes
No

ASEMASTER6371
Okay, that was February and this is now. All the checks I listed need to be done to find out why the correlation is not correct.

No to the oil in the hole. It is supposed to have oil on the tone ring.

COWBOY0603
The oil I was talking about is in the plug with the wires. When I unplugged the wires from the old sensor a little oil drained out. That was why I changed it. It started running smoothly with the new sensor but was still popping that code on startup. Taking it after work today to double check the spark retard.
Was this
answer
helpful?
Yes
No

COWBOY0603
I will.
Was this
answer
helpful?
Yes
No

We look forward to help you.

My Vehicle Starts To Vibrate Around 60 - 70 Mph. It Feels Like It Coming From The Rear. Mainly On The Passenger Side.
Asked by Bearclaw_83 ·
1 ANSWER
2004
CHEVROLET TAHOE 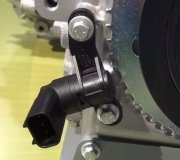 GUIDE
Crankshaft Sensor
A crankshaft position sensor (CKS) is used to reference crankshaft rotation as the engine is running while supplying feedback data to the main computer. This sensor is...

I Tested My Truck With The Computer And The Computer Read's It's A Lean In Bank 1&2. What Am I To Do
Asked by fuquan ali shabazz ·
1 ANSWER
1999
CHEVROLET TAHOE

After Tune Up Engine Running Terrible

I Have 99 Tahoe Just Had It Tune Up Now It Will Only Do About 20 Mph They Seam To Think It Has Jump Time Can You Help Me With This.
Asked by sheila jackson ·
1 ANSWER
1999
CHEVROLET TAHOE
VIEW MORE 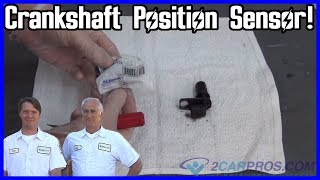 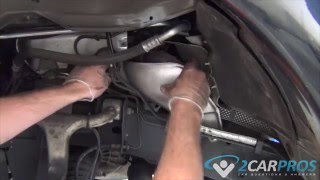 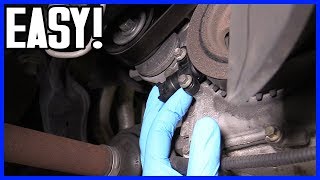