I bought this car used 7 weeks ago. In that time, I have put 5000 miles on it because of my job. I had the car 1 week and was driving on the interstate when I hit a bump. All the dials on my dashboard went dead. I had no odometer, speedometer, gas gauge or anything. The digital readouts on the radio and a/c got very bright. With the car off, I pulled every fuse in the fuse panel and started the car again. The dials righted themselves. Because of the traveling that I do for my job everyday, I have this problem every day or every other day. I was able to identify the problem fuse, it is labeled RADIO, HVAC, RFA, CLUSTER. It became worse 2 weeks ago. I was driving a long distance (300 miles) and had to pull over 5 times to take the fuse out and put it back in. I am now having problems with the previous mentioned fuse and another one that I was able to identify, the RADIO PREM. SOUND. Sometimes, I don't have a lighted dashboard. None of the fuses have burned out, but pulling and replacing the first always works and jiggling the second fuse until the lights come back on works. What could be causing this? And how can it be fixed? I took it to a mechanic who found a short in the headlight switch and changed that out and the wire connected to it.
SPONSORED LINKS
Do you
have the same problem?
Yes
No

From what you have described, and some of the remedial actions taken to rectify this problem, the fix may be very simple. One question first, is this fuse blowing? Maybe 2 questions then, will the problem rectify it's self when you re set the fuse? If so it might just be a case of dirty connection or a loose fuse holder. Sorry one more question, are the fuses the glass type or push in plastic type? With hitting the bump something loose is upsetting the power and re setting the fuse make me think that the problem maybe there. 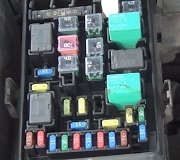 I Have A 1997 Buick Regal With An Automatic Transmission And No Past Major Issues. A Few Days Ago, I Attempted To Jump Start My Girlfriend...
Asked by fearme1986 ·
1 ANSWER
BUICK REGAL

2000 Buick Regal How Do I Reset The Ignition Switch?

I Recently Got A New Ignition, And Now My Car Still Will Not Start, A Mechanic Said I Need To Reset It. So How Am I Suppose To Do That At...
Asked by danielle_boyd1620@yahoo.c ·
1 ANSWER
2000
BUICK REGAL

Need Info, I Was Told My Car Locked Itself Down Help

I Was Told My Buick Won't Turn Over Because The Computer Thinks The Car Thinks It Tried To Be Stolen, It Has No Car Alarm. My Key Can Get...
Asked by 1994buickhelp ·
4 ANSWERS
BUICK REGAL 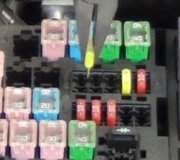 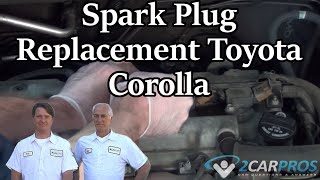