LADAMSON23
From the reccomendation of an autoparts store employee, I added some engine oil stop leak to my oil today. About a mile or so up the road my car started to have trouble accelerating, then smoke (white/grey) started coming from the exhaust. It pretty much died on me after that and I had to have it towed back to the house. The only thing I can think of is maybe I put too much of the stop leak into my car, maybe there wasnt enough oil to begin with in it? Wondering what I should do now. Maybe just drain the oil and completely change it out with new oil, new filter, minus the stop leak and see what happens? Or would this be a lost cause by this point?
SPONSORED LINKS
Do you
have the same problem?
Yes
No

CARADIODOC
I'm not wild about "mechanic-in-a-can" to solve mechanical problems, including leaks, but it's not likely that product caused this problem. New oil already has a number of additives in it including seal conditioners. You just added a concentrated version of that.

It's more likely you ran the engine out of oil. You're asking what to do now, but it sounds like you haven't even checked the oil level yet. Shouldn't that have been the first thing you did right away? If the level was low enough to allow the oil pump to suck up air instead of oil, that air can be compressed, and that prevents the oil from maintaining pressure so it can isolate moving parts from each other. More specifically, that means engine bearings for the crankshaft and connecting rods. Those bearings are curved pieces of very soft flat metal. They have three layers of metal and the first one is real soft so dirt particles will embed in it rather than spin around and around and scratch the hardened round "journals". That soft metal tears away and shreds easily when there's no oil to lubricate them. Once that starts to occur, the very tight clearances between those moving parts, (around.005"), grows a lot, then the oil can run out too easily and fail to maintain pressure. At first the shredded metal will build up and cause extreme friction. That's your loss of power. The pistons also will not slide up and down freely in the cylinders. Once all this starts, more and more metal will tear away from the bearings until you hear a loud knocking noise. At that point you need a different engine or an engine rebuild. That very excessive clearance results in low or no oil pressure, and that lack of pressure destroys the rest of the bearings.

If you use any type of additive like this again, you will almost always read on the instructions that you're supposed to pour it in while the engine is already warmed up and running. That is so it will flow smoothly and be held in suspension in the oil. If you just dump it into the non-running, cold engine, it will form a gob of glop in the bottom of the oil pan, then when the engine is started, that can plug the filter screen on the oil pickup tube. That will also starve those bearings for oil, and while some oil might start to flow eventually, it only takes a few seconds with no oil for those bearings to be seriously damaged.

This product is designed to plug leaks, and as far as it's concerned, the critical oil passages are "leaks". You need it to flow WITH the oil until it reaches the real leaks and settles there. How it knows what to plug and what to not plug is beyond me. That's why I don't trust an additive to fix a mechanical problem.
SPONSORED LINKS
Was this
answer
helpful?
Yes
No

Trying To Locate Oil Leak. Seems To Be On Top Area Of Engine. Replaced Valve Cover Gasket But That Wasn't The Problem, Apparently, Since...
Asked by Carbo2 ·
2 ANSWERS
4 IMAGES
1997
HONDA CIVIC

I Just Purchased A 1997 Honda Civic Ex. Dealer Said That They Put In A Used Transmission. Drove The Car 60 Miles To Get Home And There Is...
Asked by lainey ·
1 ANSWER
1997
HONDA CIVIC
VIEW MORE 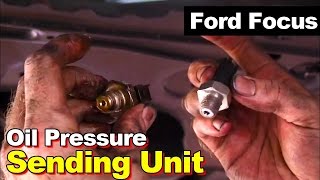