I was told by pep boys that I have a possible.

SATURNTECH9
What is the exact compression reading?Also a valve job covers the valves in the head. Which is the top end the rings are on the pistons in the cylinders in the block. The rings scrape the cylinder walls to make compression.A cylinder leak down test will tell you where the compression is leaking. Did pep boys do a cylinder leak down test to come up with this diagnoses?
SPONSORED LINKS
Was this
answer
helpful?
Yes
No

CARADIODOC
You'll get a better idea if you do a search for an exploded view of an engine, but I can try to describe it. The pistons are like solid coffee cans that go up and down in the cylinders. When they go down, they suck in air and fuel. When they go up, they squeeze that stuff to one eighth the size, then that mixture gets ignited by the spark plug. There has to be a gap between the pistons and cylinders so it can slide freely, but that gap would let the mixture leak past the piston and become useless as far as generating power is concerned. To keep that mixture sealed in above the pistons they use thin, expandable metal rings. Those piston rings would wear very quickly except we spray engine oil under pressure onto the cylinder walls. The special lower piston ring scrapes that oil back off so it doesn't get burned and go out the exhaust. The two upper rings keep that mixture contained, and they're called the compression rings.

All of that is capped off with the cylinder head. That's a real beefy chunk of steel or aluminum that is bolted down very tightly. They put the valves and passages in the head too. The valves are ground to extremely precise angles and sizes, and they sit on "seats" that are also ground very precisely. Careful attention is given to those angles because that is also what seals in the compressed mixture. Also, once the fuel and air is ignited by the spark plug, it burns very quickly. The rapid expansion of the mixture is what pushes the piston down and creates the power. If any of that mixture finds a way to sneak out, it won't contribute to making useful power.

There's actually four places where that mixture can leak out. One is the intake valve that lets the fresh gas and air in at the right time, and one is the exhaust valve that opens at the right time to let the burned gases out. Those two are what are addressed during a valve job. Piston rings are the third item and account for much fewer problems. Valve leakage commonly occurs relatively suddenly. Once a valve starts to burn away, the hot exhaust gases rushing past it uncontrolled accelerates that wear. You will hear and feel that as a definite misfire. Piston rings are constantly wearing but at a much slower rate. They will always be replaced when an engine is rebuilt, but we rarely go after them unless it's absolutely necessary. Replacing them is a big job.

The fourth place cylinder leakage can occur is through a leaking cylinder head gasket. Many years ago that was unheard of. Since the advent of more engines with cast iron engine blocks with aluminum cylinder heads, leaking head gaskets has become real common on all car brands. It's partly due to the different rates of expansion as engine parts warm up and cool down, and it's partly because of the acids that normally form in the coolant. Any two different metals and an acid is in effect a battery and the resulting "galvanic action" causes corrosion. We replace antifreeze every two years because it's those corrosion inhibitor additives that wear out. The acids that form eat away at the steel head gaskets and eventually they leak. Exhaust gas can get forced into the cooling system where you'll see bubbles in the coolant reservoir. Coolant can get sucked into the cylinders and get burned, showing up as white smoke from the tail pipe. Coolant and engine oil can mix too. It all depends on where the leak is.

When your mechanic is looking for the cause of a running problem and he has checked the easy and common stuff first, he will typical perform a compression test. It is common for compression to be low on high-mileage engines. It's not a matter of having compression or not having compression. It's how much does each cylinder have. A tired engine can still run smoothly with low compression as long as all the cylinders are about the same. When just one or two are much lower than the rest, the mechanic can do a more involved "cylinder leakage" test, also called a cylinder leak down test. This involves forcing compressed are into each cylinder, then searching for where it is leaking out, and the tool will show how much is leaking. As an example, if the exhaust valve is leaking, you will hear the air hissing at the tail pipe. The compression test tells if there is excessive leakage in the cylinder. The cylinder leakage test tells where it's leaking.
Was this
answer
helpful?
Yes
No
+1

I'm Getting My Heads Rebuilt And The Shop Wants To Know What The Casting Numbers Are And If The Rockers Are 8 Or 10mm? How Do I Find This...
Asked by RandyRoman ·
3 ANSWERS
2003
CHEVROLET MALIBU

I Am Trying To Find Step By Step Instructions On How To Remove The Cylinder Heads On A 2003 Chevy Malibu And Hopefully A Diagram So I Can...
Asked by cdblue ·
1 ANSWER
2003
CHEVROLET MALIBU

How Difficult Is It To Replace A Cylinder Head On This Car?
Asked by djankor ·
1 ANSWER
1994
CHEVROLET MALIBU

2001 Chevy Malibu 6 Cyl Front Wheel Drive Automatic I Want To Be Absolutely Certain Before I Install The Head. Are The Head Bolts...
Asked by tomshanty ·
3 ANSWERS
2001
CHEVROLET MALIBU
VIEW MORE 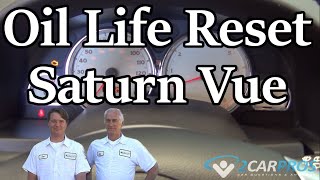 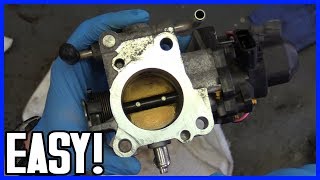