MAMATANJA
My 1999 plymouth breeze has power from the battery however the engine will not crank? Is this a starter problem

Do you
have the same problem?
Yes
No

CARADIODOC
What's the symptoms?
SPONSORED LINKS
Was this
answer
helpful?
Yes
No

MAMATANJA
After placing the key in the ignition it turns over with no battery problems.I mean the radio, lights, interior lights and everything work however the car will not start or crank at all not even a click
Was this
answer
helpful?
Yes
No

CARADIODOC
"it turns over with no battery problems"

See my confusion? "Turn over" and "crank" are the same thing. Many people think they are different things. First you said it does with no problems, then you said it doesn't, not even a click.

I think you mean the key turns the ignition switch with no problems. If that's correct, and the dash lights turn on, that leaves out a lot of potential causes and narrows it down to just the starting system. The entire system can be broken down into four parts and each one can be tested at the starter relay socket under the hood. Do you have a test light or inexpensive digital voltmeter? I can walk you through the test steps which aren't very involved.

Holler back if it sounds like I understand the problem correctly and when you have a test light or voltmeter.
Was this
answer
helpful?
Yes
No

MAMATANJA
I dont have either andi am not too experienced with cars lol.I would definately say its the starting system since it wont start sorry for the confusion. Is there other ways to test it without a test light or voltmeter? Or would I be able to pull the fuses and take them to a local auto store? I know some places have loaner tools bit im not sure exactly what toask for
Was this
answer
helpful?
Yes
No

CARADIODOC
A fuse is always a possibility, but in this case it is very unlikely. Probably the most common cause of a no-start with no sounds would be the neutral safety switch. You can try shifting to neutral to see if it will crank that way. If it does, try it in park again.

Next, look in the fuse box under the hood. There will be a chart showing the locations of all of the relays. Find the starter relay and switch it with another one that looks just like it. The ASD is a good one, or one of the radiator fan relays too. Relays don't fail very often but if it cranks now, the old starter relay is defective.

One way to test over half of the system and verify it's working is to "jump" the relay contacts in the socket. There are two ways to do that. If it works, the engine will crank. If you want it to stay running when you do that, be sure it's in park, and turn the ignition switch to "run". If you just want to test the starter circuitry, leave the ignition switch off. Keep in mind that if you forget to put it in park, and the ignition switch is on, it can start in gear. If the car doesn't run you over you'll be chasing it down the driveway. People will laugh at you so it's just safer to be sure it's in park.

One way to jump the relay is to remove it, then use a piece of wire or a stretched out paper clip to connect terminals 30 and 87 together. Do that just long enough to see if it cranks or to get the engine started. There will be enough current going through that paper clip to make it hot if you wait long enough.

Another way is to pry the cover off the relay and reinstall it that way. Then you can squeeze the flipper on one side to actuate it. Again, if the starter cranks the engine, we will know that two of the four circuits are working.
Image (Click to enlarge)

Turning Over But Not Firing

I Have A 1998 Plymouth Breeze With A 2.0. It Is Turning Over But Not Firing I Have Changed The Crank Sensor, Timing Belt, Cam Shaft Sensor...
Asked by paiged ·
6 ANSWERS
1998
PLYMOUTH BREEZE

Car Lights Are Bright, Only The Brake Light And Digital Mileage Lightup On The Dash With Car In Park Or Neutral, But The Whole Dash Lights...
Asked by SGSINC713 ·
1 ANSWER
1998
PLYMOUTH BREEZE 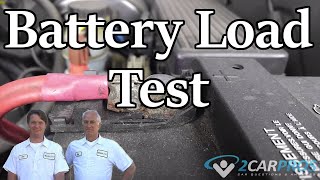 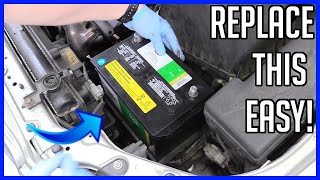