How to Replace a Catalytic Converter 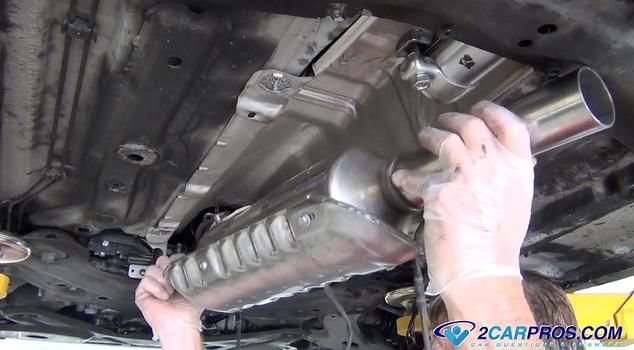 Learn how to replace a bad catalytic converter. We are a team of ASE certified mechanics that have created this service guide to help you save money by replacing the part yourself or at least see what you are paying for when having it done at a repair shop.

Catalytic converter costs can very greatly depending on manufacturer and configuration. The part alone can cost between $550.00 and $1250.00 (US) and labor should be between $125.00 and $220.00 (US). There is sometimes a core charge which will be redeemed when the old cat has been returned to the dealer or parts house.

How Long Do Catalytic Converter Last?

Remove the Catalytic Converter: Before removing the catalytic converter its a good idea to spray WD40 into the mounts nuts and bolts to help penetrate the rust which typical is present on the exhaust systems. Locate and spray the front exhaust flange and tail pipe flange connection bolts. 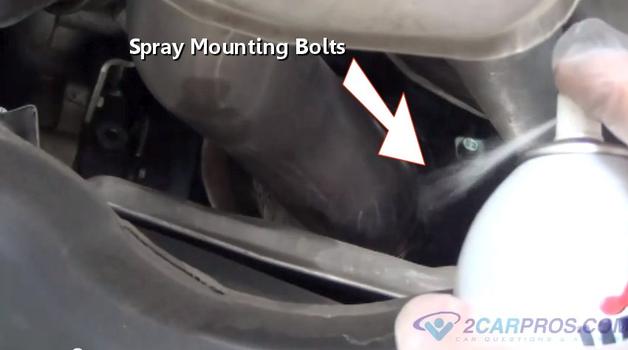 While the anti-rust liquid is settling in, locate and disconnect the oxygen sensor electrical connectors that are mounted on the catalytic converter and sometimes in the head pipe. These connectors will have safety clips that will need to be pushed inward before they will come undone while gently pulling to get them apart. 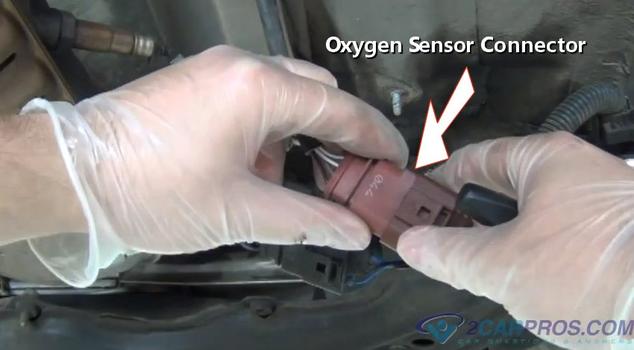 Follow the wiring and removing the oxygen sensor wiring from their holders and safely set them out of the way so they don't get damaged while removing the catalytic converter. 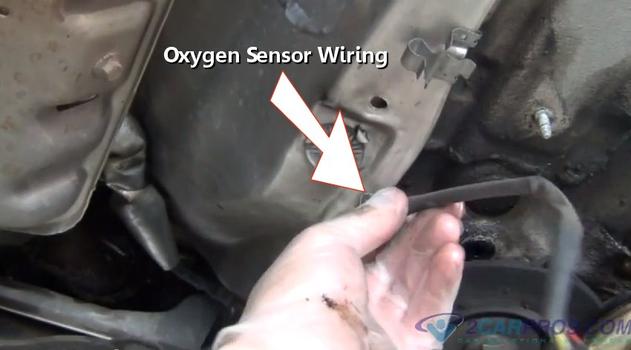 Most catalytic converter's have heat shields designed to keep heat away from the vehicle's undercarriage. To gain access to some of the mounting bolts these shields may need to be removed. After the anti rust liquid has sat for a while use a 14mm, 15mm or 17mm wrench of socket to remove the bolts by turning them counterclockwise. You may need an extension to help with the removal, a universal socket also helps. These nuts or bolts can be tight and a little rusty so be ready to put some force on them. 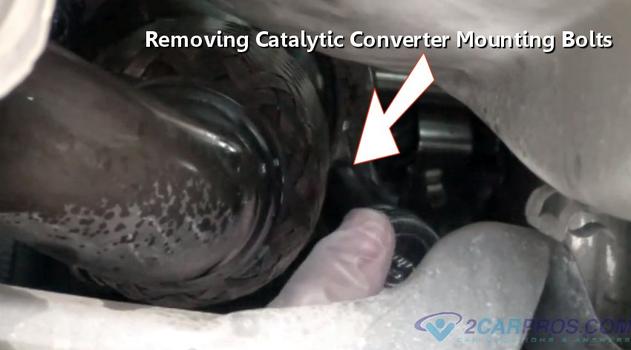 Continue by removing the exhaust pipe coupler mounting bolts using a 15mm or 17mm wrench or socket at the rear of the catalytic converter. Each application will very and some may need to be cut using a hacksaw and then welded up once the new catalytic converter has been installed. They also make a exhaust pipe repair kit that is basically a wide clamp which you can get from Amazon or the local parts store to put the pipes back together. 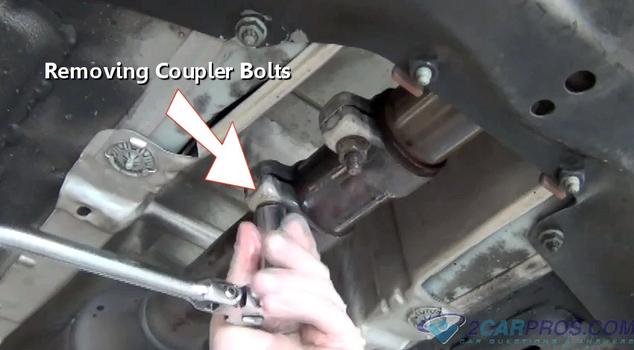 Once loose use a pry bar to further loosen the clamps to aid in the removal process. This will help create clearance between the clamp and exhaust pipe. 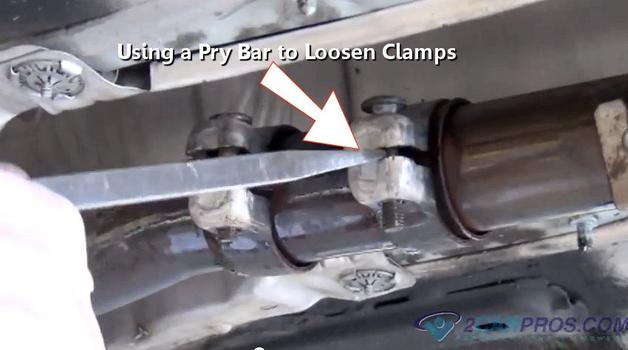 Once the rear exhaust mount has been removed use a plastic or rubber hammer to separate the muffler from the catalytic converter outlet pipe. 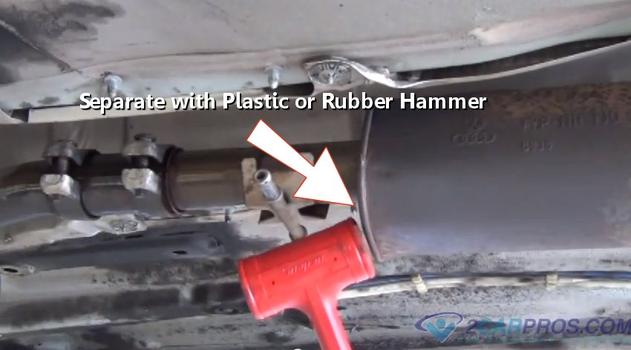 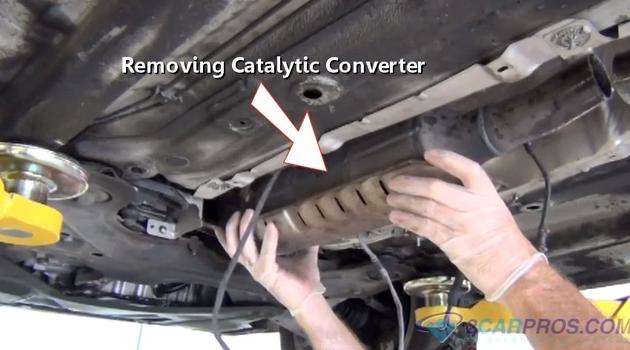 Remove the Oxygen Sensors: Some catalytic converters have multiple oxygen sensors which need to be labeled to avoid confusion when reassembling. Use tape to identify the position of the sensor so they can be easily installed into the new catalytic converter. You don't want to get these mixed up because the wiring connectors are different and will not reconnect to the main wiring harness. 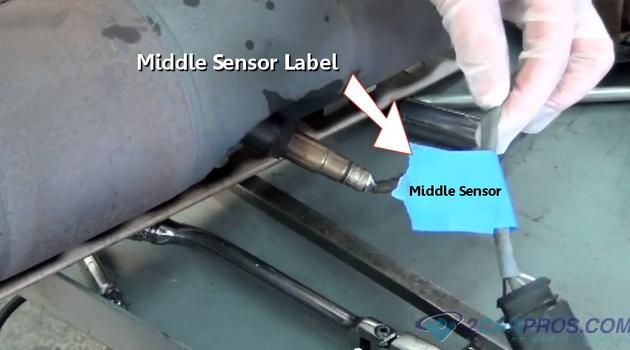 Apply WD40 to each of the sensors to aid in their removal. Once successfully labeled remove all sensors from the old catalytic converter using a 7/8 or 22mm wrench and turning them counterclockwise, then set them to the side. 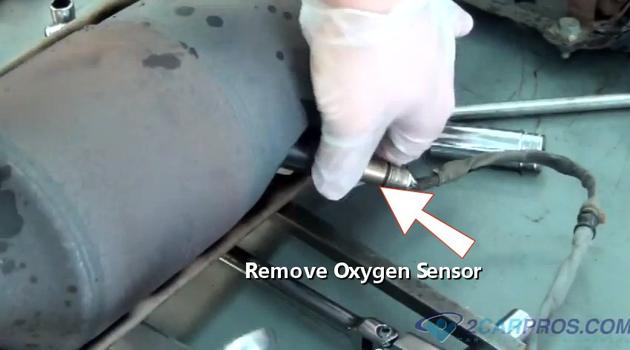 There are typically two types of replacements. A signal catalytic converter replacement and a Y pipe style which is incorporated into the exhaust head pipe. The video below shows a signal cat replacement while further down we show a video on a Y pipe style. After watching the video continue down our guide to pick up on addition information which is updated regularly.

Clean the Gasket Surface: At the exhaust manifold there is a gasket surface that needs to be free of corrosion, dirt and old gasket material left behind from the old catalytic converter. Use a gasket scraper and a small wire brush to the gasket sealing surface this will help the new gasket conform to the sealing surface which will avoid leaks. Set the new gasket in place by either letting it hang on the exhaust manifold studs or the head pipe of the converter. 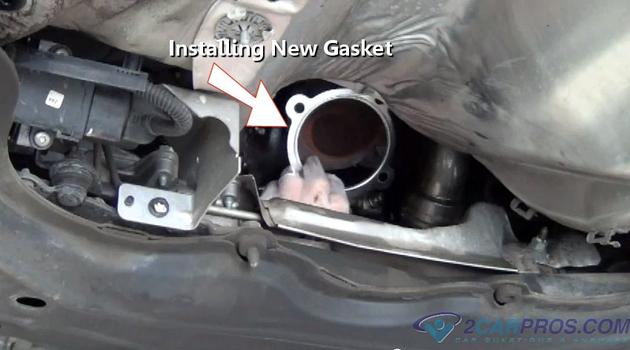 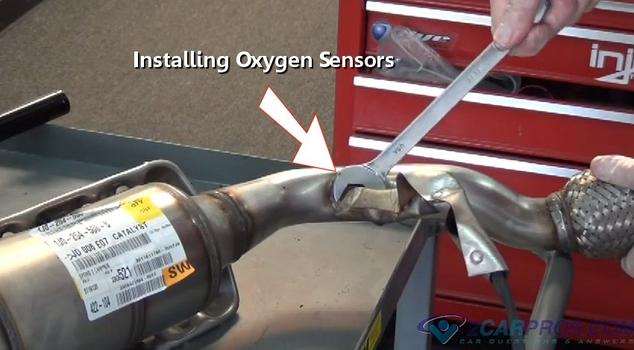 Install the New Catalytic Converter: The new catalytic converter is now ready for installation. Gently position the catalytic converter back up into the exhaust manifold flange making sure the gasket is still in position. Guide the flange coupler that is on the head pipe over the exhaust manifold studs. Some applications will use bolts instead of nuts, in which case simply align the bolt holes. 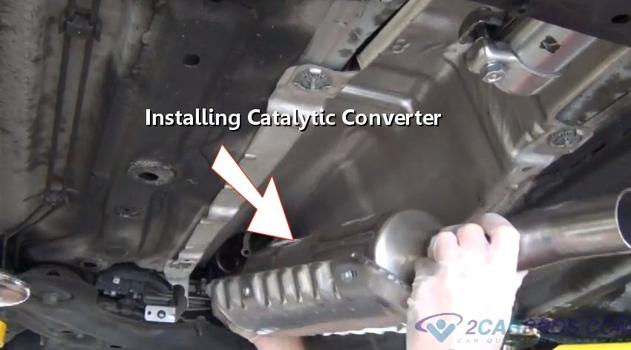 Hand thread in the mounting nuts or bolts and but do not tighten. Use a socket to take up the slack while still leaving them loose. The final tightening will be done after the rear of the catalytic converter has been put in place and reconnected. If you tighten these nuts or bolts prematurely it will cause a strain and a possible leak as the unit will need to be forced into position to connect the rear of the unit. 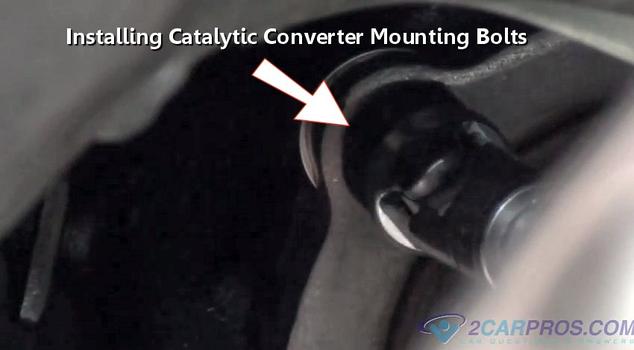 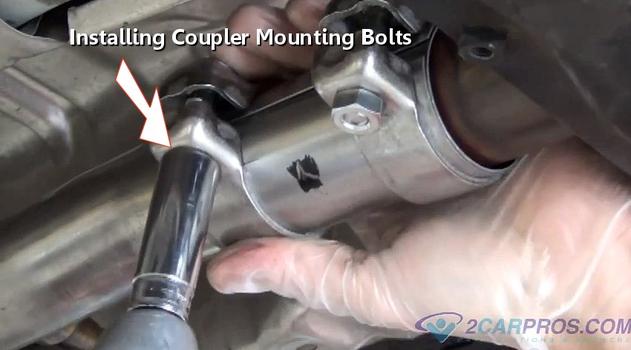 Reconnect the Oxygen Sensors: Reach up and remove the oxygen sensors connectors from there safe place and start to reconnect them. Push the connectors together enough to hear a click which confirms their complete reconnection. Push the wiring into their plastic holders and out of the way of the exhaust pipe or catalytic converter. This will help avoid melting the wires which will cause the check engine light to come on. Reinstall any heat shields and exhaust system mounts that were removed during the job and you are all set. If the check engine was set due to the catalytic converter being bad the codes will need to be cleared. 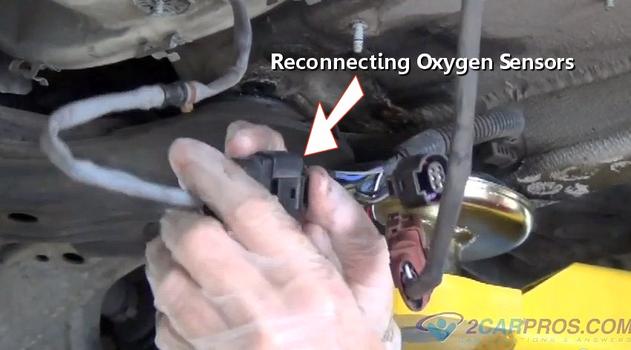 Here is a video on how to replace a catalytic converter on the V6 or V8 engine that have a "Y" style of set up. For this job the vehicle must be raised it he air higher in some cases.

If you have any questions about catalytic converter, please visit our forum. If you need car repair advice, please ask our community of mechanics who are happy to help. Our service is always 100% free.

How to Read Codes Chevrolet