MRSMC
My Hyundai i800 had a leaking fuel pump, that garage has now told me this has caused the turbo to fail, is this correct as it is a brand new turbo 6 weeks old.
Do you
have the same problem?
Yes
No

RANDY B
I'd want to hear the explanation of how the fuel pump is related to the turbocharger. The fuel pump is inside the gas tank, so if anything in the assembly was leaking, the gas would spill right back into the tank. If there was a leak in a line outside the tank, you would have smelled gas, and there would have been wet spots on the ground. A major gas leak, such as from a ruptured rubber hose, would cause the engine to stall. It can't run without fuel pressure. That would have caused the turbo to stop too, and nothing else would have been damaged.

If you aren't provided a suitable explanation, I would get a second opinion from a different shop.
SPONSORED LINKS
Was this
answer
helpful?
Yes
No
-1

MRSMC
Appently ive just been told it's a fuel pressure pump in the engine, does this sound right
Was this
answer
helpful?
Yes
No

RANDY B
The fuel pump is in the gas tank. I suspect the mechanic is referring to the oil pump, which IS inside the engine. If there was a service writer at the shop, they are "go-betweens" that take what they think they heard from the mechanic, and interpret it into something they think customers will understand. Often those service writers are not car experts, and things get lost in translation. They are not trying to defraud or deceive, but they are responsible for a lot of miscommunication, and therefore, mistrust of the entire industry.
Was this
answer
helpful?
Yes
No
-1

Vaccum Hose On A 1999 Hyundai Elantra

[b]can You Tell Me Where The Vaccum Hose On A 99 Elantra Is Located? We Are Trying To Pinpoint The Problem With My Sister's Car. It Starts...
Asked by jaredsmommy02 ·
1 ANSWER
1999
HYUNDAI OTHER 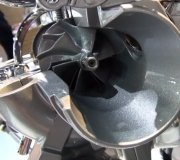 GUIDE
Turbocharger
Simply put, a turbocharger utilizes the expanding exhaust gasses produced by the engine and uses it to force air into the intake system, which creates more engine power. A...

When Accelerate Or Brake There Is A Sound, Could It Be The Engine Mount Got Problem?
Asked by goh_878787 ·
1 ANSWER
2006
HYUNDAI OTHER

My Timing Belt Broke. Is It Possible For This 1.5 Litre 12 Valve Engine That In Such Situation A Piston Can Hit A Valve? If Yes, What Is...
Asked by jikop ·
1 ANSWER
1996
HYUNDAI OTHER

I Just Purchased A 05 Santa Fe 4wd. I Looked Under The Car And Could Not Locate The Oil Filter To Change This Weekend. Does Anyone Know...
Asked by belfiorn ·
1 ANSWER
HYUNDAI OTHER

2001 Hyundai Starter Fails To To Crank Until En

Electrical Problem 2001 Other Hyundai Models 6 Cyl Front Wheel Drive Automatic My Start Fails To Crank For Hours When The Engine Is...
Asked by jackbrothers2255 ·
1 ANSWER
1 IMAGE
2001
HYUNDAI OTHER
VIEW MORE