Simply put, a turbocharger utilizes the expanding exhaust gasses produced by the engine and uses it to force air into the intake system, which creates more engine power. A turbocharger housing is designed with two sections, an intake and exhaust side, both have a turbine fan attached to a main shaft. 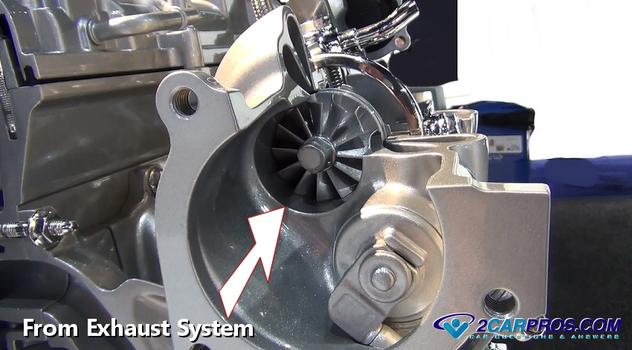 On the opposite side of the turbo there is an intake turbine which is plumbed into the engine's intake system. As the turbine on the intake side of the system spins it creates pressure (pounds of boost) inside the intake manifold which forces more air into the combustion chamber creating more power. An intercooler is mounted by the vehicle's radiator to help cool the intake air once it has been compressed by the turbocharger and before it enters the engine, the cooler the air the more it can be condensed which also produces more power. 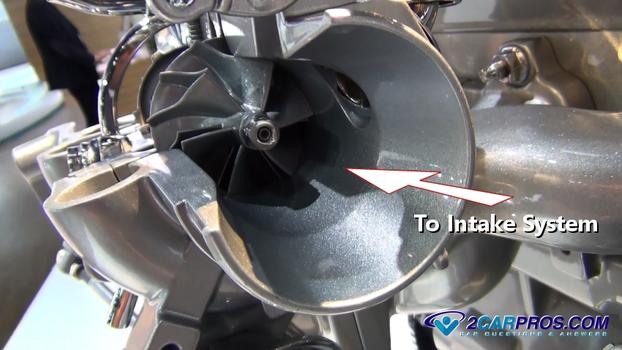 The exhaust and intake turbine fans are supported by a main shaft and two bushings within the turbocharger housing, the shaft is then lubricated using oil supplied by the engine, the oil is controlled using shaft seals to prevent the oil from leaking into the intake or exhaust sides. This is why when a turbo wears out the engine will smoke as the oil is burnt internally. 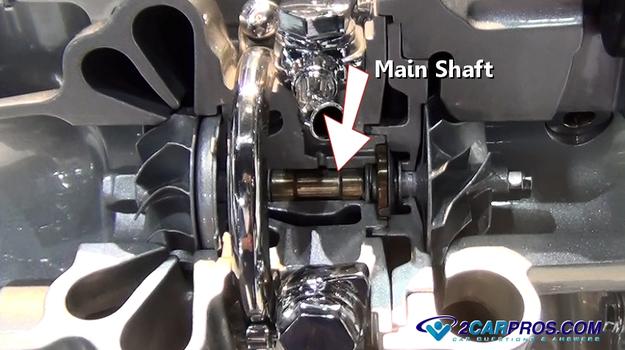 To control intake pressure or boost, a blow off valve or waste gate is used which limits the amount of power the engine outputs. If pressures become too high inside the intake manifold a signal from the computer is given to dump pressure by opening the waste gate which is activated by a vacuum diaphragm controlled by a solenoid connected to intake vacuum. 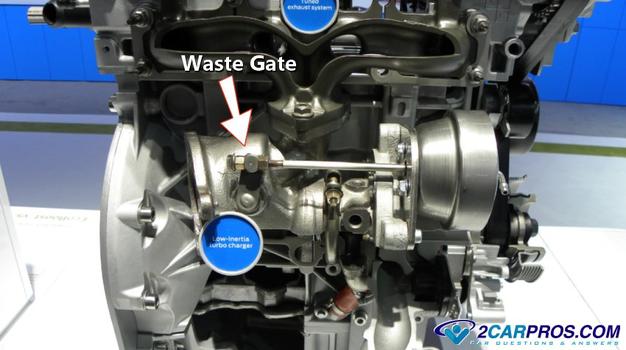