Technique for replacing front disc bracks on a 2010 Toyota Sequoia

WWALTERS
You have posted a video on YouTube titled Front Brake Pads and Rotors Replacement 2005-2014 Toyota Tacoma. Will this same technique apply to a 2010 Toyota Sequoia?
SPONSORED LINKS
Do you
have the same problem?
Yes
No

CARADIODOC
This might be best left to a professional if you're that unfamiliar with brake systems, but if you want to attempt it, remove one wheel and see if the calipers mount the same way as in that video. Mechanics never know how some brake systems are put together until they look. I'm sorry if this sounds condescending, that's not my intent, but there's only a few different mounting systems, and other than how the calipers are retained, the procedures are the same.

There are a number of things professionals do too to prevent causing noises and to eliminate noises. I can elaborate on those if you want me to. Do you plan on replacing the rotors or having the old ones machined? What symptoms or problems are you having now?

Which engine do you have? There's no 5.0L listed for 2010 models. The engine size can make a difference in which brake system is used. Larger engines often come with heavy duty brakes and the parts will be different than with standard brakes. What I found so far shows a big difference between the two vehicles you mentioned.
SPONSORED LINKS
Was this
answer
helpful?
Yes
No

What Bolts Do You Remove To Replace The Brake Pads. I Have Found 6 So Far And Don't Want To Just Start Guessing.
Asked by EricfromFL ·
1 ANSWER
2004
TOYOTA SEQUOIA 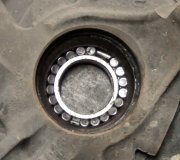 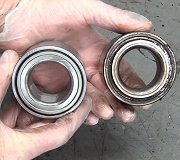 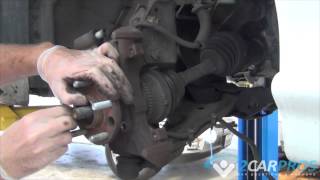