MAXIMA9999
After changing the shock absorbers both front on my car I noted the car started pulling to the right side when I take my hands of the steering wheel, then I took it back to the garage where they told me it had to be aligned took it to get it aligned they told me the tire on the driver side had a disposition problem vertically because when the shock absorber was replaced it was not done properly so took it back to get it done they did not do much all he did was changing the two bolts and nuts on the end of the shock absorber where it meets with the brake.

Then just after less than one week I started hearing a knocking sound from the same side drivers side whenever I go on a bump I took it to the garage the same person was not there but he told me that the shock absorber is the problem and had to be replaced.

But how come it has not been even one month.

Can this really be the suspension and why because I bought the best that is I the market and the passenger side is okay? Why all these problems happened with the driver side and can it be the shock absorber or something else?

I wish I had a place to work on the car my self I would have get it done but I live in a studio and there is no way and no where to work on it and all the garages here. I do not know anything about anything so please help me out on this.
SPONSORED LINKS
Do you
have the same problem?
Yes
No

MAXIMA9999
Sorry for the mistake. I meant can this really be the shock absorber?
Was this
answer
helpful?
Yes
No

HMAC300
Take it to a different shop the strut is the shock on these and if it is bad it should be warrantied. It may be the plate on top of shock is bad causing noise or something else.
SPONSORED LINKS
Was this
answer
helpful?
Yes
No

1999 Nissan Maxima Change Suspension On My Car But...

Hi On My Maximai Change Tierods And Lower Control Arms And Ball Joints And Alined The Car Too But It Still Pulls To Any Side And Feels Like...
Asked by Xmar ·
3 ANSWERS
1999
NISSAN MAXIMA 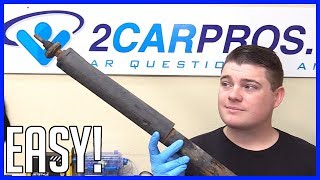 The Front Left Side Of Front End Has Dropped Down Low And Locked In Place. Car Wants To Take A Sharp Left And I Have To Steer Right To Go...
Asked by RonD5 ·
1 ANSWER
1989
NISSAN MAXIMA

1996 Nissan Maxima Looking For A Diagram Or A Website With A Diagram Of How To Put A Strut Together.
Asked by hilz86 ·
1 ANSWER
1996
NISSAN MAXIMA 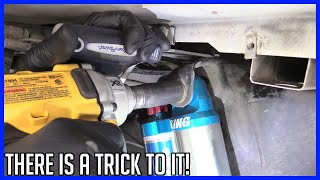