BRIAN GREENHILL
Fuse keeps blowing as soon as key is on. I suspect a short but that's a lot of wires to test.
Do you
have the same problem?
Yes
No

I attached a diagram of what fuse 30 controls. It controls the ignition coil, instrument cluster, theft module, and ECM power relay.

I would disconnect each component and see if the fuse still fails. If it does, then you have a harness issue. If it does not, then plug in the components one by one until the fuse fails. That will be your failure.

BRIAN GREENHILL
Thanks a lot man. This is just what I needed to get started. I will email you back as soon a I get done. Thanks
Was this
answer
helpful?
Yes
No

CARADIODOC
Hi ASEMASTER6371 and BRIAN GREENHILL. Here's the same diagram in a different form. Use whichever one is easier to follow. My contribution has to do with an effective method of running down a short that avoids wasting a lot of fuses. I originally used this when working on tvs, then later as an electrical specialist at a car dealership.

This procedure starts with the fourth drawing. It is likely to be over-simplified for you, but this may help others researching this topic. All this is doing is connecting a bulb across the battery, with the short taking the place of the ground wire going back to the battery. I also added a notation in the third diagram that this circuit comes through the ignition switch, which is why fuse 30 doesn't blow until that switch is turned on.

When you turn the ignition switch to "run", current will still flow through the short, but it will be limited to a safe value by the light bulb. I've shown a common 3157 brake light bulb. That will allow about one amp to flow through the circuit. If you need more current, a low-beam head lamp bulb will pass around five amps. Because of the dead short, when the circuit is turned on, the bulb is going to be full brightness and hot, so be careful what it is laying on or against. Now you can disconnect the things shown on the diagram to see what makes the short go away. When it does, the bulb will get dim or go off.

One note to add to the confusion. This is a relatively high-current circuit as evidenced by needing a 30-amp fuse. Once you remove the shorted item, everything else in the circuit is going to try to function, but that bulb is still limiting current too much for that to happen. The bulb is going to drop too much of the 12 volts, leaving too little for computers to work. That normal high-current demand will result in the bulb still being very bright after the short is removed. So bright, in fact, that you may have to watch very closely to see a brightness change when you unplug items. This is where a head light bulb might be a better choice. It will be easier to see the brightness change when the short is removed.

If you find the short is gone when you unplug the "PCM Power Relay", you can reinstall fuse 30, then use this same procedure to bypass that relay instead of the fuse. The bulb will still limit current flow through the short that way, but it will restore full 12 volts to everything else protected by that fuse. If necessary, I'll find the appropriate diagram and figure out which are the two terminals for the relay's internal contacts.
Images (Click to enlarge)

BRIAN GREENHILL
Yes, sir thank you so much for the feedback i'm still trying do disassemble certain items. Not trying to spend more on replacement pieces on a truck that has plenty of fragile parts already. Also I noticed that a security system was tied to that leg as well. Since I have no remote or need for it I would like to disconnect. What would you suggest sir?
SPONSORED LINKS
Was this
answer
helpful?
Yes
No

ASEMASTER6371
Disconnect each component one at a time. Then install the fuse and see if it fails.

If it does, then there is a harness issue, not a component issue.

BRIAN GREENHILL
Okay. So, I got everything unhooked and took out the security system that was in before I got the truck. Put the fuse back in and no issues so far. But I do see the seat belt light come on and blink 3 times pause and another 3. I'm sure its a code but not sure for what.
Was this
answer
helpful?
Yes
No

ASEMASTER6371
Okay, install or plug in one component at a time until the fuse fails.

BRIAN GREENHILL
Thay are all conected, fuse still has not blown.
Was this
answer
helpful?
Yes
No

ASEMASTER6371
Shake your connections around and see if it fails.

BRIAN GREENHILL
Okay, found it in the ignition coil.
Was this
answer
helpful?
Yes
No

I Am Having A Fuse Blowing That Disengages The Overdrive. I Have At This Time A Ruined Transmission, As A Matter Of Fact The Convertor Is...
Asked by leiterterry ·
1 ANSWER
1999
FORD F-150

My Ford Began Experiencing Electrical Problems About 2 Weeks Ago. First The Fuse For The Stop Llights/parking Safety Switch. When Starting...
Asked by BOXTY_MAN ·
5 ANSWERS
1994
FORD F-150 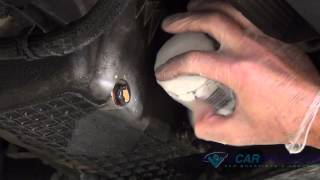 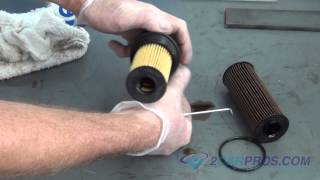