KENHOUSTONTX
Bought the car listed above at auction, no key, drained battery. I have purchased an original key and fob from VW with the VIN. Key works in doors and ignition. How can I manually set this new fob to the alarm? I have not had the "chip" programmed yet for the key/ignition.
SPONSORED LINKS
Do you
have the same problem?
Yes
No

STEVE W.
Unfortunately there is no manual method for that on a VW it all has to be done using a VAG capable scan tool and a security code like a dealer or locksmith has. Then you use the tool to first initialize the key to the transponder then it has to be initialized to the immobilizer. Normally the only thing using the VIN does is to get you a key that is cut to fit the ignition and locks. You can then use it to make another physical key. Then you program both of those in after erasing the old keys that way none of the original keys will still work. Once the key is initialized for both systems everything the key can do should work. I usually suggest an automotive locksmith as they are generally cheaper than the dealer, plus they could cut you a second key and set both up. Just be sure they can actually program in the keys as individual units, some places will do what is known as cloning the key. That process gives you two working keys but in the cars memory they are both seen as a single key, with that you cannot do anything to add a key later as in effect you still only have one key when you need two different keys for the system to work.
SPONSORED LINKS
Was this
answer
helpful?
Yes
No
+1

Here are 2 tutorials for you to view. The first is key fob programming and the second is anti-theft-security system reset.

After viewing the security system reset page just scroll down to find VW. Let us know what happens and we'll go from there. Hope this helps and thanks for using 2CarPros.
Was this
answer
helpful?
Yes
No
+1

KENHOUSTONTX
Thanks. I'll get to it tomorrow afternoon and let you know how it goes.
Was this
answer
helpful?
Yes
No

Sounds good. Keep us updated. Thanks again for using 2CarPros and Happy Holidays.

I Changed The Battery To The Remote And Now It Will Not Open Or Close My Doors. Could Not Find Procedure On The Web For A 2004 Jetta. ...
Asked by rodmack ·
1 ANSWER
2004
VOLKSWAGEN JETTA

Deal I Could Not Pass Up, Even With Out A Key (and Hearing It Run). We Are Here In Louisiana Have Not Even Began To See Normalcy And I...
Asked by Mindycherrie ·
1 ANSWER
2002
VOLKSWAGEN JETTA

The Car Is On And The Key Will Not Come Out And The Car Won't Turn Off. I Tried A Lot Of Things.
Asked by Todd McEleney ·
1 ANSWER
2014
VOLKSWAGEN JETTA

Where Do I Get The Original Chip For The Key At A Resonance Price?
Asked by Terrie Jones ·
1 ANSWER
2000
VOLKSWAGEN JETTA
VIEW MORE 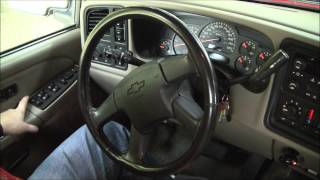