2003 Honda CRV Door chime to say headlights are on stopped

JOHNNYBME
My 2003 Cr-V has stopped chiming when I open the door and forget my headlights on.

Yesterday I drained my battery because I am so used to this chime telling me that the lights are on.

How do I fix/diagnose what the problem?

Note that the dome light still works. So am not sure if this is the door switch or not that is the problem? Is the chime and dome light on same switch?
SPONSORED LINKS
Do you
have the same problem?
Yes
No

The door and dome light switch are the same for iindicating when the door is open. The dome light has an additional switch that can operate to over ride the door switch.

If the dome light is working with the doors being opened, then the door switch is not the cause of the peoblem.

The other likely cause would be the key in switch. It is located on the key cylinder and not operating to inform the system that the ignition key has been turned off.

Another possibility is a faulty integrated control relay plugged into the under dash fuse box.
SPONSORED LINKS
Was this
answer
helpful?
Yes
No
-1

JOHNNYBME
Thanks for your reply KHLow2008,

I guess the only one I can look into repairing myself would be the relay? The key cylinder would be a mechanic thing for sure? How would I look for a relay? Ie. How would I call it exactly?
Was this
answer
helpful?
Yes
No
+1

KHLOW2008
Sorry for a mistake made in my earlier reply. The integrated control relay is for an older version and for your model it is known as Multiplex Control Syatem.

All the problem listed falls under this control system.

Here is a description of the system.

To reduce the number of wire harnesses, digital signals are sent via shared multiplex communication lines rather than sending normal electrical signals through individual wires.

"Â The input signals from each switch are converted to digital signals at the central processing unit (CPU).
"Â The digital signals are sent from the transmitting unit to the receiving unit as serial signals.
"Â The transmitted signal is converted to a switch signal at the receiving unit, and it operates the related component or monitors a switch.
"Â There are exclusive communication lines between the ECM/PCM, the gauge assembly, the keyless receiver unit, and the under-dash fuse/relay box.

The multiplex control system has "wake-up" and "sleep" functions to decrease parasitic draw on the battery when the ignition switch is OFF.

To prevent improper operation, the multiplex control system has a fail-safe function. In the fail-safe mode, the output signal is fixed when any part of the system malfunctions (for example, a faulty control unit or communication line).

Check the # 9 fuse in underdash fuse box. Replace it if it is blown.

Diagnostics can be done with the aid of a special tools which can be fabricated, it is a jumper wire as shown in diagram.

Get the jumper ready and I will send you the diagnostic procedures. 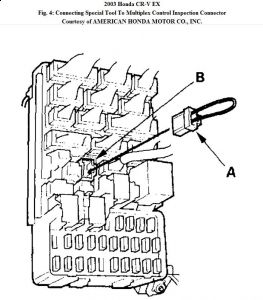 Was this
answer
helpful?
Yes
No
+8

JOHNNYBME
Upon further investigation. It actually is the door switch I think. The dome light trigger for the driver door does not work as I thought. I didn't test it correctly at first.

I think it is busted. The one on the passenger side is more firm. The driver switch is very soft. So probably broken.

. Do have/know of instructions to replace this switch.
Was this
answer
helpful?
Yes
No

KHLOW2008
Yes, a faulty door switch would cause the problem.

I am not sure which tyoe of switch is used for your vehicle but for most Honda door switches, push the moveable tab and you would notice a crossed head screw.

JOHNNYBME
Mine seems to be behind a rubber cover. No tab. But I guess it should be simple enough.

. Thanks for your great help.
Was this
answer
helpful?
Yes
No
+1

Yes, it is rather simple. The rubber cover can be removed by pulling at the edges and you would see the holding screw after removal.
Was this
answer
helpful?
Yes
No

JOHNNYBME
Well, what do you know? Every once in a while a get a little bit of luck on my side.

. Before I went out to actually purchase the part, I went and checked it first. It ended up being that the darn switch came off the metal holder that is fastened to the rubber cover. I just snapped it back in and presto! It works again. Saved myself about $15CDN.

Thanks again.
Was this
answer
helpful?
Yes
No
+1

KHLOW2008
You are welcomed and it must have been your lucky day.

Thanks for the input.
Was this
answer
helpful?
Yes
No

I hope you are still available to give instructions on how to use the Mode 1, Mode 2 and Fail Safe mode for the MCU. I would sure like to prove it is the problem before I replace it.

02 Civic
Was this
answer
helpful?
Yes
No

Maintenance In Thailand No ability!
Was this
answer
helpful?
Yes
No
+2

Electrical Problem 2003 Honda Crv 4 Cyl All Wheel Drive Automatic When I Open The Driver Passenger Door On My Crv I Notice That The...
Asked by Hondarepair ·
1 ANSWER
2003
HONDA CRV

2005 Honda Crv In Order To Change The Passenger Mirror You Must Remove The Trim. In Order To Plug In The Three Wires For The Mirror...
Asked by mclaughln ·
1 ANSWER
2005
HONDA CRV

The Passenger Side Mirror In My Honda Crv Is All Loose For No Apparent Reason. It Swings Back And Forward. The Mirror Has Not Been Hit As...
Asked by ginodeluca ·
1 ANSWER
2003
HONDA CRV

The Left Windshield Wiper Is Not Moving From It's Normal Position. Right Wiper Works Fine. I'd Like To Fix This Myself If Possible. ...
Asked by crash4444 ·
2 ANSWERS
2005
HONDA CRV
VIEW MORE 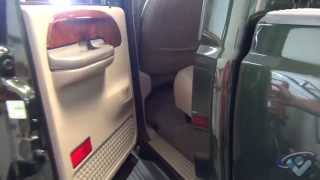 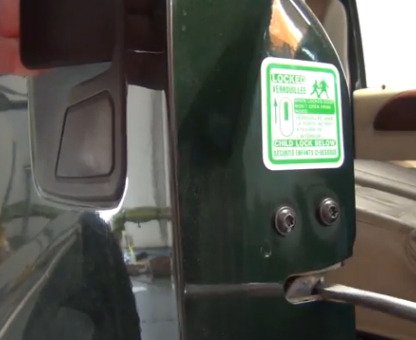