CWALLITSCH
I own a 1999 F-250 Light Duty, it has a 5.4 L Triton under the hood. I am overseas in Iraq with the US Army and I let my buddy borrow the truck and trailer to get our stuff off of our hunting lease in Texas. The truck made the trip without a hitch until they reached about a ½ mile away for my house where it died at the light. First thing I thought was they ran it out of gas, so I wasn’t too worried, they said they couldn’t get it to stay running but got it started again and managed to limp it to my house, it has been there since.
I got home for my R&R break and took a look at what the issue was and it was out of gas “ go figure" well I put about 5 gals in it and cranked it turned over but didn’t want to start. After several cranking session it fired up, but died after idling for a bit. Then it didn’t want to crank again, I got it going finally and this time I thought it was getting better since it stayed idling for a long while. I put it in gear and started out of the drive way when it died part way down the drive. So I cranked it again and it idled I gave it some gas put it in gear and got it to drive around for a short while then it died about 5 minutes later as I was turning around at the end of my street. I got it going again and back to the house where it is now waiting to go to the shop or me to fix it; I would rather fix it myself.
This is what I have diagnosed:
Two probable causes:
1) A fuel problem –
- Clogged fuel line
- Fuel pump went out or is going out
- Fuel filter (if I can find it or if it has one) clogged
-Injector pump bad or clogged
-Injectors clogged
2) Ignition system issue-
- Coils old or bad
- Electrical issue in general

I am leaning more toward the fuel issue that the ignition since I can get It going every once in a while and it acts like it I running out of gas. I have Chilton’s manual and look into the issue for about a day or so but I didn’t want to waste my entire R&R messing around with the truck instead of spending time with my family. My tour here is about to end I am about head back to Texas and home so I want to get my truck running and use it without burdening my son or extended family by borrowing a truck until mine is fixed.
This truck has been a champ for me and I want to keep it for a few more years if possible.
Thanks again in advance to all of you for reading and your help.
SPONSORED LINKS
Do you
have the same problem?
Yes
No

2CEXPT
Hi cwallitsch and welcome back home, TY for the donation and selecting us as your auto repair site Feel free to ask questions at anytime and Merry Christmas and a Happy New Year 2010

The In-line fuel filter is located downstream of the electric fuel pump, and mounted to the LH frame rail. 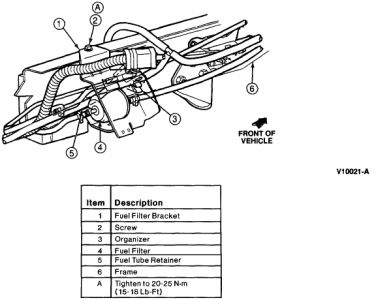 Hello Gentlemen. Yesterday My Husband Started To Experience Some Issues With His Truck. He Noticed That When He Started Truck And Took Your...
Asked by Hinojosa elisa ·
7 ANSWERS
1999
FORD F-250
VIEW MORE 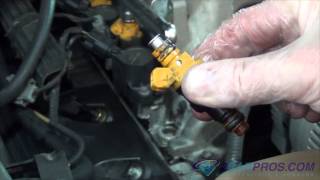 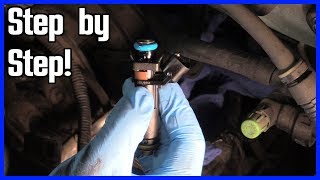 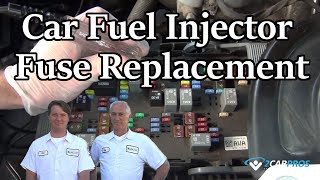