JEFF CHANG
May I please receive detailed photos of how to get to the temperature sensor? I can't find it for my vehicle.
Do you
have the same problem?
Yes
No

What kind of problem are you trying to solve?

If you can't read this drawing, let me know and I'll split it up into parts that I can enlarge for you.
Image (Click to enlarge)

JEFF CHANG
Thank you for responding.

Okay, so let me break it down.

My car temperature meter doesn't mark on my car. It stays at the bottom and jumps up every here and there to like the middle but then goes all the way down again.
My car's fan turns on for no reason at all; like if I had the air conditioning on. Every time I turn my car on its starts to run.
My check engine light is lit and when I took it to AutoZone to put in the machine it said ECM the low. Help please.
Was this
answer
helpful?
Yes
No

CARADIODOC
Can you be more specific on that fault code? One common code is for "Engine coolant staying cold too long". That is a thermostat issue. I do know that in the northern climates, every Chrysler product will have that code in winter. It's due to extended idling to warm up the engine. The code sets if the coolant doesn't reach a specific temperature within six minutes of starting the engine. It won't reach that temperature in time if idling, but that code doesn't turn on the Check Engine light. Other manufacturers may have a similar strategy for that fault code. The clue to a thermostat problem is you'll get cool or cold air from heater well after the engine has been running a while.

A different fault code can be, "Engine Coolant Temperature Sensor Voltage too Low, (or "too High)". On older cars, they used two coolant temperature sensors; one for the Engine Computer and one for the dash gauge. On cars as new as yours, there's just the one sensor that feeds the Engine Computer. That computer sends the information to the Body Computer, then to the instrument cluster, which is another computer module. That's why you're getting multiple symptoms from just one sensor circuit.

In most applications, temperature sensors are supplied with 5.0 volts from the Engine Computer, then they drag it down to between roughly 0.5 volt when real hot to 4.5 volts when cold. By far the most common problem with this circuit is a cut wire or corroded connecter terminal. Those cause an "open circuit", meaning a broken circuit. That is the only way the signal voltage can go to 5.0 volts. Since that is outside the acceptable range of 0.5 to 4.5 volts, it triggers a fault code, in this case, "ECT Voltage too High".

I know we should never say never, but it is virtually impossible for a temperature sensor to be shorted. The exceptions are if it has physical damage that causes the two leads of its internal resistor to short together, or if there's a real lot of corrosion between the connector terminals. The much better suspect for a fault code for "ECT Voltage too Low" is the wire is bare in a spot and is shorted to ground, meaning the engine or body. Wire harnesses are usually pretty well protected against that, so look for any place the harness has been repositioned, such as during crash repair, or it was moved for some other service, and now a wire has rubbed through where it is laying on the sharp edge of a metal bracket. If the wire is shorted to ground, it will drag the signal voltage down to 0 volts, which is also outside the acceptable range. Either condition, too high or too low, will set the appropriate fault code, and that is when the Engine Computer knows it can't trust the readings from that sensor. In response, it turns on the radiator fan just in case the engine is getting too hot. That insures the engine won't overheat.

This diagram is part of the Power Train Management System. It includes the coolant temperature sensor. The wire in question is listed as a yellow wire. You know where that sensor lives now. Start there and try to follow the harness to see if there's a place where it might be rubbed through. Also consider having a helper watch the dash gauge while you move and wiggle the harness in various places. Be careful when you do that. The goal is not to shake it so vigorously that the defect disappears because that doesn't really fix anything. The problem could come back in the future. The goal is to disturb it just enough to get an indication you're changing something. That tells you you're in the right area. That narrows down the places to look for a defect.

to get an idea of the things we look for when dealing with electrical problems. Intermittent problems are the worst and the most frustrating. They become easier when you have something to look at to see when you're affecting the circuit, in this case, the dash gauge.
Image (Click to enlarge)

GUIDE
Coolant Temperature Sensor Symptoms
The engine coolant sensor is a high failure item which is replaced regularly at any repair garage. This sensor is responsible for causing a computer malfunction which can...

I Have Power And Ground To The Fan But No Signal Power To Switc It On. It Will Not Run At All W/ac Or W/o Ac On And The Fan Is New
Asked by royradford ·
6 ANSWERS
2006
FORD FUSION

I Hit A Raccoon Tonite, And Now It's Leaking Coolant...

I Hit A Raccoon Tonite, And Now It's Leaking Coolant (green Stuff?).I Can't Get To The Shop Until Saturday - Is It Safe To Drive At All?
Asked by tinab1 ·
1 ANSWER
5 IMAGES
2006
FORD FUSION

Coolant Dripping Onto Exhaust Pipe Under Firewall. Any Problem Areas In This Location Or Thoughts On This Matter? Thanks
Asked by Moellg ·
5 ANSWERS
2008
FORD FUSION

I Cannot Open Upper Radiator Hose Bleeder Valve. I Do Not Know How It Is Supposed To Work? Please Help Me - I Love This Site
Asked by almoreece ·
1 ANSWER
1 IMAGE
2008
FORD FUSION
VIEW MORE 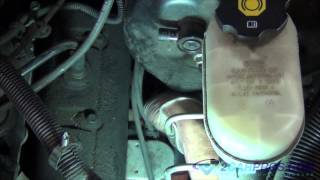 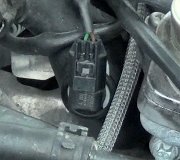