Transmission having problems shifting from second to third gear

KNATONICK
After highway driving, to exit ramp speed under normal braking, a jolt is felt, followed by up shift problem at second to third gear. After car has been shut off and sat, transmission function returns to normal. Also occurs occasionally at city speeds in cross town driving situations.
SPONSORED LINKS
Do you
have the same problem?
Yes
No

CARADIODOC
Defaulting to second gear is "limp-in" mode which allows you to drive it slowly to a repair shop.

As a general rule, if it starts out in second gear right after starting the engine and shifting to "drive", it is sensor-related or a sensor detected a problem. If the default to limp-in occurs at the time of an up shift under load, it is usually slippage in one of the clutch packs within the transmission. Defaulting during a downshift could be either problem. The ignition switch must be cycled off and the engine restarted to reset the Transmission Computer to get it out of limp-in.

Caradiodoc
SPONSORED LINKS
Was this
answer
helpful?
Yes
No
+2

HUGHEDJR
My car was not shifting properly, so I took it to a mechanic. They had one code come back as low voltage. They said a new battery would fix the shifting problem. Is this accurate?
Was this
answer
helpful?
Yes
No
-1

CARADIODOC
Is the system voltage really low? What is the battery voltage with the engine off and with it running?
Was this
answer
helpful?
Yes
No
-1

HUGHEDJR
The diagnosis said that the battery was shot. That is the only code that came back, "low voltage".
Was this
answer
helpful?
Yes
No
-1

CARADIODOC
No fault code refers to the battery, and fault codes never say to replace parts. They only indicate the circuit or system that needs further diagnosis, or the reason for some running problem.

If the battery really is bad you can verify that quickly with an inexpensive digital voltmeter. It should read 12.6 volts. If you find closer to 12.2 volts, the battery is good but discharged. If it has a shorted cell, the voltage will be down to around 11 volts or less, and it probably will not start the engine.

Measure the battery voltage again while the engine is running. It must be between 13.75 and 14.75 volts. When it is low, that's where the "low voltage" fault code comes from if the code is in the Engine Computer. That indicates a problem in the charging system, usually worn brushes inside the alternator. You still should have other symptoms besides shifting problems.

If that fault code was in the Transmission Computer, and the battery voltage is okay with the engine running, that indicates a problem in that computer or its wiring going to the transmission.

Be aware that a battery with a shorted cell can cause system voltage to be low with the engine running too which can be misleading. People will incorrectly diagnose it as an alternator problem when in fact, just the battery is the cause. They forget to measure the battery voltage with the engine off. If in doubt, use a small battery charger to charge the battery for at least an hour at a slow rate of around ten amps, then turn on the head lights for fifteen seconds, turn them off, then measure the battery voltage. Never charge older batteries at a high rate. That can cause them to fail sooner than normal.
SPONSORED LINKS
Was this
answer
helpful?
Yes
No

2000 Chrysler Concorde Transmission Will Not Shift

2000 Chrysler Concorde Does Not Shift Past 2nd Gear

Yesterday Afternoon I Was Thrilled (not) To See My Check Engine Light Come On, And Then Find That The Transmission Was Not Shifting...
Asked by chicfox ·
1 ANSWER
2000
CHRYSLER CONCORDE

Vehicle Had Sat For A Few Months, After Restarting And Driving Approx. 30 Miles, Vehicle Sat Overnight, Then Next Day It Only Had 2nd...
Asked by squirrellyguns ·
3 ANSWERS
1997
CHRYSLER CONCORDE
VIEW MORE 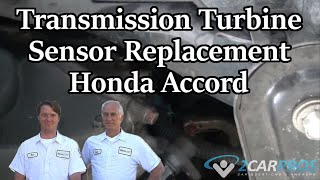 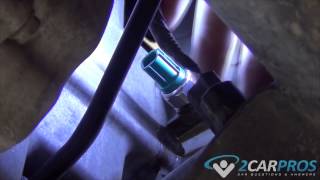 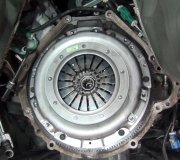