THEKEEPER0
My tail lights light up when the cars in park but when im driving the two big tail lights dont light up. Also my window doesnt go up all the time and it also turns the radio on and off. What should I do?
SPONSORED LINKS
Do you
have the same problem?
Yes
No

MIDDY
Unless I'm mistaken, I believe there should be one lit bulb on each side (right and left) normally when driving. Do you have any lights from rear when driving?

That window/radio thing sounds strange. I'm not familiar with that circuit and I can't readily find a diagram online, but I wouldn't think anything associated with radio power should be run through the door/window switch.

Does the radio ever turn off/on when you're not operating the power window?

Does anything else strange ever happen when you're operating that power window - dash lights, heater/ac fan, lights? I think those power windows have a sort of thermal fuse in them, so that if you're trying to move the window and it's drawing too much power, that switch opens & the window will do nothing for a little while, until that switch cools & allows electricity to flow again. But it still sounds odd that it would power on/off just the radio. If it were affecting other circuitry, I'd expect there to be more involved than just the radio. And then again, I could hopefully be more help if I were able to find a diagram.
SPONSORED LINKS
Was this
answer
helpful?
Yes
No

THEKEEPER0
The radio only shuts off when you hit the driver side window button then you have to play with the window to get the radio to turn back on. The brake lights work when the car is in park but when you drive the brake lights do not glow. Only the light in the rear window
Was this
answer
helpful?
Yes
No

1998 Chevy Lumina Two Wheel Drive Automatic How Do I Gain Access To My Tail Lights? I Have A Bulb That Is Burnt Out And I Can't Get To...
Asked by brandog28 ·
1 ANSWER
1998
CHEVROLET LUMINA 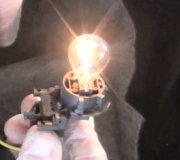 GUIDE
Running Light Problems
Step by step guide on how to troubleshoot and repair automotive tail and running lights, this information pertains to not working, dim and flickering lighting systems.

Had A Question Out About My 98umina And Paid Money For A Reply And Got No Answer. Here Is The Questioon Again. After Car Is Warmed Up. I...
Asked by ronthompson ·
2 ANSWERS
1998
CHEVROLET LUMINA

How To Change Multifunction Switch

Brake Light On Almost Constantly For Last Few Months. Boyfriend Took A Peek And They Seem To Be Fine. Today For First Time There Was A...
Asked by melibee ·
3 ANSWERS
1997
CHEVROLET LUMINA 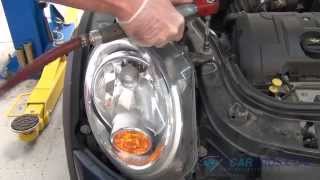