JFURLOW
Within 10 minutes of starting my car and driving for a while (always after the car has been sitting for at least a couple of hours) there is a thumping coming from the back right side of the car (4-5 thumps). It has happened both while I am driving and while stopped at a stoplight/stop sign and during summer and winter. The antenna is tight so we have ruled that out. We have even tightened it to make sure. Definitely not the tires too. Almost sounds like it's coming from the trunk or as if someone is knocking on it from the outside. The car is in good shape and the thumping does not seem to affect anything while it happens. My gas mileage is right where it should be (25-30 miles to the gallong) so it does not appear to be affecting that either.

I'm more concerned with making sure it isn't hurting anything in my car. Doesn't bother me other than I can't figure out what would be causing it and neither can friends of mine who have decent knowledge of cars.
SPONSORED LINKS
Do you
have the same problem?
Yes
No

DOCFIXIT
Wonder if it is the fuel tank? Something to do with Evaporation system ie. pressure in tank. Any trouble filling tank or lots of air escape when cap loosened?
See diagram

JFURLOW
No problems filling the tank. I don't recall an excess of air when I open it either but that would definitely be the area where the noise is coming from. Have you heard of this before and do you know of anything specific I can check? If it's just going to be an annoyance I'm not worried about it. But I certainly don't want to ignore it and have it be something serious.
Thanks!
Was this
answer
helpful?
Yes
No

DOCFIXIT
I would take into Dealer and get on record the problem just for insurance in case it becomes a problem. And they may have run across your thump before.
Was this
answer
helpful?
Yes
No

JFURLOW
Might end up doing that. Trying to get advice first before I blow the money on a diagnostic.
Was this
answer
helpful?
Yes
No

Knocking Sound In Engine When Accelerating On Passenger Side. Cannot Figure Out What The Problem Could Be. Would Like Any Help That I Can...
Asked by rickd69 ·
1 ANSWER
2007
CHEVROLET COBALT

Humming Noise Coming From Car As I Accelerate

My Car Just Recently Started To Make A Humming Noise While I Accelerate. It Is Not Loud Sound, But It Is Noticeable.
Asked by Kj0812 ·
14 ANSWERS
1 IMAGE
2008
CHEVROLET COBALT

Good Morning, Whenever I Start My Car There Is A Whistling Sound That Fluctuates Sporadically For A Few Minutes And Then Eventually...
Asked by phillip001 ·
5 ANSWERS
1 IMAGE
2006
CHEVROLET COBALT

Lately I Have Heard A Noise Like Something Is Loose In The Front Driver Side Of The Car. When I Go Over Any Bump Or Bumopy Raod Sounds Like...
Asked by soniclos ·
1 ANSWER
2006
CHEVROLET COBALT
VIEW MORE 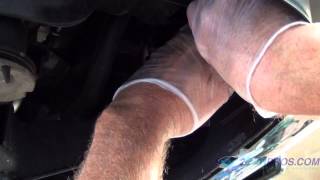