DILL-11
Tested alt came up good pulled all fuse and relays still have amp draw. What to do next?
Do you
have the same problem?
Yes
No

HMAC300
The newer cars always have a small amp draw, try unplugging ABS unit see if that does it. Hopefully you are testing it correctly.
SPONSORED LINKS
Was this
answer
helpful?
Yes
No

JOHNNY G.JR
Voltage drop test across all fuses to see what is drawing current, Look up parasitic current draw on this site and try you tube videos.
Was this
answer
helpful?
Yes
No

DILL-11
Well I found that if I take the number 19 fuse out. I do not get an ark at the battery.
Was this
answer
helpful?
Yes
No

DILL-11
Also unplugged ABS still get ark with #19 fuse in. Should I do amp draw with alt wire off or on?
Was this
answer
helpful?
Yes
No

JOHNNY G.JR
What does fuse#19 control? Amp draw is done with engine off, everything connected.
SPONSORED LINKS
Was this
answer
helpful?
Yes
No

DILL-11
#19 say radio and battery. Some say also the cluster when you take it out no gauges work.
Was this
answer
helpful?
Yes
No

CARADIODOC
Hi guys. Allow me to stick my nose in here for a minute, then I will go away.

If I am reading this correctly, you're seeing an arc when you reconnect a battery cable, and using that as an indication there is something drawing current. That is true, but your conclusion is wrong. That extremely inaccurate test might have had a little validity before the mid 1980's, but definitely not today.

Since the mid 1990's, many vehicles have one or more computers that can take up to twenty minutes to go to "sleep mode". The engineers found a solution where there was no problem, but we have to live with that unnecessary complication. The first thing to be aware of is you cannot do any testing for a drain on the battery until every computer has gone to sleep. Until then it is possible to have up to three amps of current draw. The next important tidbit is when you break the circuit, as in removing a battery cable, for even an instant, those computers wake up again, and will draw that high current until they time out, which could be another twenty minutes. The moral of this sad story is you must never break the circuit, either by removing a battery cable or by removing a fuse.

The next important fact, even though I know you did not mention it, is you cannot use a test light between a battery cable and that battery post. Unless specified differently by the manufacturer, the industry standard is the car can draw up to thirty five milliamps, (0.035 amps), for the computers that have memory circuits that stay live all the time. At that current draw, a good battery will be able to crank an engine fast enough to start after sitting for three weeks. A test light will not be even close to glowing at thirty five milliamps. In fact, some need as much as 1/4 amp before you can see the glow. You can have excessive drain on the battery and never see it with a test light.

For electronic circuitry that is causing a drain, the test light at the battery post can add enough resistance and cause enough voltage to be dropped to stop the defective circuit from even turning on. Therefore, simply using a test light can make the problem appear to be non-existent.

What you need to do is use a digital amp meter between a battery cable and post, but this gets even more involved. First of all, most digital volt / ohm / amp meters have a third jack that is only used for the ten-amp current scale. If you have a computer on the car that draws three amps for twenty minutes, you need to start out with the meter on that ten-amp scale.

Second, once the computers time out, you must switch the meter to a lower scale to get the needed accuracy. That means unplugging the red lead from the ten-amp jack and moving it to the common "volts / ohms / milliamps" jack. Doing that just opened the circuit, so again, the computers woke up and will draw high current for another twenty minutes. To add to the humiliation, most digital meters have an internal two-amp fuse for this jack, and that likely just popped. Poof! Another open circuit.

Third, even if you were able to get the meter down to the two-amp scale, and you saw current drop after twenty minutes when the computers went to sleep, there needs to be more accuracy in the readings, so you need to switch the range switch to a lower scale. Every meter uses a "break before make" switch, meaning as you rotate the knob, it first breaks the connection to the two-amp circuitry, then, as you turn it further, it makes the connection to the meter's 200 milliamp circuitry. That tiny delay just caused another open circuit, and the computers woke up again! Darn the bad luck! Another blown internal fuse.

What you need to do is connect the amp meter between the cable and post, like normal, start out on the ten-amp scale, but from then on, never allow the circuit to be totally broken. To do that, once the meter is connected, watch it on the ten-amp scale to see when the computers go to sleep and current drops a bunch. At that point, connect a clip lead or jumper wire between the post and cable clamp. That shorts out the meter so it will read "0" amps. Now you can move the red meter lead to the common volt / ohm / milliamp jack without waking up the computers. The jumper wire prevents the circuit from being broken. Once you get the lead moved, remove the jumper wire so current must flow through the meter. You will see the reading with more accuracy and while the computers are sleeping.

Do the same thing when you're ready to switch to a lower range. Reconnect the jumper wire, then switch the range, then remove the jumper wire. The circuit will never have been broken and you will be on the desired range.

By this time, if there really is a current drain killing the battery, you should have found there to be considerably more than thirty five milliamps.

Cadieman suggested a generator problem. That must be considered when the voltage regulator is turned on electronically. That applies mainly to GMs, Fords, and any other brand with the regulator built into the generator. Actually, that applies to almost any brand other than Chrysler products. Just unplug the small connector at the rear / side of the generator on Fords, starting with late 1980's models. On 1987 and newer GMs, the regulator, once turned on through the ignition switch, gets its current from the large bolted-on output wire on the back of the generator. Be very careful when unbolting that. If the wrench slips and contacts a metal engine part or bracket, Fourth of July fireworks will take on new meaning! First look for a very large fuse bolted into the under-hood fuse box. Removing that will do the same thing as unbolting the fat wire on the back of the generator, and it is safer. As you do this, watch the meter. If current suddenly drops, suspect the voltage regulator, although there is one more clinker you should be aware of. GM likes to use that terminal as a convenient tie point for other circuits, so you will want to remove those other wires, if they exist, from the generator to verify it is not one of those circuits causing the problem.

GM has a known history of shorted ABS control modules, but to my knowledge that has always resulted in the pump motor failing to turn off. You will hear the motor running all the time, so you wont get this far into diagnosing a current drain.

A better suspect, especially in light of two observations, is the radio's clock display. Those are supposed to turn on to show the time when you press the "volume" knob. You listed the radio memory fuse as having the drain, and that is the one that keeps the radio's memory alive when the ignition switch is off. Also, a display that stays on commonly will kill a battery in, in, three days.

I have never received a GM radio to fix for this problem, so I do not know if it is a mechanical problem with the control or an electronic problem with the circuitry. Regardless, a used radio will solve that problem. There are other radio problems that can cause a drain on the battery and do not involve the display staying on, but those are not as common. To verify this you must remove the radio and unplug it. On many full-size GM trucks, the radios are in three parts, and you need to unplug the receiver box under the dash, not the control head with the switches and display. There will be three or four plugs in the receiver box. Two have four wires in each plug. Those are only for the speakers and don't have to be unplugged. It is the plug with seven or eight wires, (I cannot remember for sure), that must be unplugged. That is the one with the twelve volt memory and the twelve volt switched wires.
Was this
answer
helpful?
Yes
No
+1

Battery Drained, But Was Able To Jump

Battery Had Drained Flat (?). So I Jumped It From My Pontiac And It Started. Shut Truck Off And It Started So I Decided To Sleep With...
Asked by jjjthird ·
14 ANSWERS
2000
CHEVROLET S-10 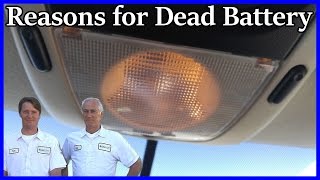 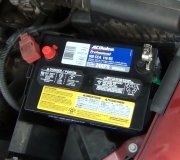 GUIDE
Battery Drain Repair
We are a team of ASE certified mechanics who have created this battery draw or dead overnight guide to help you save money by walking you through what to look for first. A...

My Son Replaced A Positive Battery Cable On His 2000 S-10 And Now Has No Power At All. What Might He Have Done To Cause This Problem
Asked by cmatson ·
1 ANSWER
2000
CHEVROLET S-10
VIEW MORE

How to Test for a Battery Drain-Draw