TEMPRESS1985
Turning left is stiff. I had a new boot installed in the upper strut of front driver side but is still like that. Power steering fluid is fine and have no trouble making a right turn.
SPONSORED LINKS
Do you
have the same problem?
Yes
No

CARADIODOC
Struts have nothing to do with hard turning one way. When only one way is affected that is due to the rack and pinion assembly. The fact the power assist works one way proves the pump is okay. Lack of power assist one way at first was REAL common on GM front-wheel-drive cars years ago. It's called "morning sickness" because the problem occurs in the cool morning and clears up when the engine warms up. If ignored long enough, eventually it will turn hard the other way too.

The cause of the problem is grooves worn into the soft aluminum housing that lets the pressurized power steering fluid bypass the power piston so it doesn't create the force to help you steer. The fix is to install a high-quality aftermarket replacement that has been modified with a stainless steel insert to prevent that from happening again. GM's cheap ineffective fix in the '80s was to install a new spool valve with the sealing rings rather than the proper repair of replacing the entire rack assembly. The goal of the patch job was to last just long enough to get the car out of the 50,000 mile warranty, then the owners had to foot the much more expensive repair bill to have it fixed right. Just one of the many reasons GM is not a customer-friendly company. They have a whole bunch of ways to separate you from your money. Of course, by now you already know that.
SPONSORED LINKS
Was this
answer
helpful?
Yes
No
+5

TEMPRESS1985
How much money are we talking here to install the replacement?
Was this
answer
helpful?
Yes
No
+5

CARADIODOC
I left a very nice Chrysler dealership ten years ago so my numbers are that old but they'll get you in the ball park. A new rack and pinion assembly cost around $450.00 but that was only used for cars that were under warranty and the customer wasn't paying the bill. Most GM rack and pinions cost about the same amount. When your car is out of warranty, it is customary to get a rebuilt assembly. Those are the ones with the stainless steel inserts that have been modified to prevent a repeat problem. Typical cost for those were less than $150.00.

There were a lot of Chrysler products that the rack and pinion could be replaced in less than a half hour, but there was at least one model that took over three hours. (I was the suspension and alignment specialist at the dealership). I don't know how long it will take to replace the assembly on your car, but from watching former students work on Pontiac Grand Ams, it could be a half day job. Your assembly is designed more like the common Chrysler units, not like those miserable Pontiac ones, so my guess is it won't be a real big job to replace it.

Once it's replaced, the car will need to be aligned. There may or may not be other adjustments available, and if there are, they might not need to be adjusted, but "toe", the direction each wheel is steering must be readjusted because those adjustments are incorporated into the rack and pinion assembly. That part of the alignment is rather easy to set precisely very quickly. It could take less than a half hour for the alignment but most shops have a set charge regardless how quickly they can get it done or whether it takes a long time to get it right.

If you're given the choice, opt for a replacement rack assembly with a lifetime warranty. That is somewhat common but you might pay extra for it. That warranty might not cover the labor and alignment, but even if it just covers the part, it's worth the small extra cost.
Was this
answer
helpful?
Yes
No
+4

I'm Trying To Locate The Power Steering Reservoir On My 2000 Impala. Sounds Easy Enough But On The 3800 Motor The Reservoir Seems To Be...
Asked by sjtiii ·
18 ANSWERS
3 IMAGES
2000
CHEVROLET IMPALA 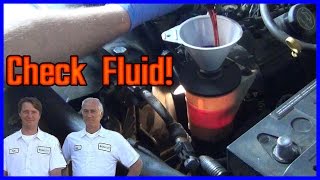 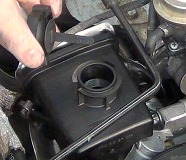 GUIDE
Steering Fluid Level Check
Some vehicles are designed with a hydraulic steering assist system which depends on hydraulic fluid to build pressure and help turn the front wheels. In this guide we will...

Hi Im Tim, And I Came Across A Double Problem, Yesterday It Was Raining And I Was Backing Into My Drive Way. As I Backed I Found Myself...
Asked by tjslim09 ·
1 ANSWER
2004
CHEVROLET IMPALA

There Is A Big Clunk At The End Of The Steering Column...

There Is A Big Clunk At The End Of The Steering Column When I Turn. The Steering Wheel Left And Right. It Doesn't Matter If The Car Is In...
Asked by Anonymous ·
1 ANSWER
2007
CHEVROLET IMPALA

I'm Just Curious About The Power Steering Hoses That Has A Very Small Leak. Every Time I Looked Under The Hood, I Don't See It At All. So...
Asked by CARLITOBABY89 ·
1 ANSWER
2007
CHEVROLET IMPALA
VIEW MORE 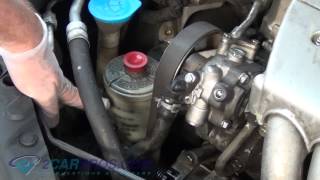 How to Check and Add Power Steering Fluid