FURYBUBU
Hi,
I actually purchased a Chrysler Sebring GTC convertible 03 with 73000 miles to a car dealer. After inspection and a drive around the neighboorhood, I felt the car was in really good condition and decided to buy it. I was wrong.
After few minutes of drive, I felt like the car was misfiring at idle or at a stop. Besides, when the engine seemed to be warm, the oil light came up and was blinking at the same time.
I parked the car in my garage for the night, when I came back in the morning there was a puddle of coolant under the car. I brought it to a good mechanic that I know who fixed the coolant leaking by changing the faulty part, and change the oil pressure sensor.
The car still has the misfire problem and the oil light still comes up even if it comes later (and the engine light this time too).
I've been heard that 2.7l DOHC V6 engines in the sebring were subject to oil sludge.
Could it be the reason of both problems? If there is oil sludge, could it be due to the coolant leaking?
Thanks for your answer,
Julien
SPONSORED LINKS
Do you
have the same problem?
Yes
No

CARADIODOC
Why didn't you go straight back to the dealer? Most reputable ones give you at least a thirty day 50 / 50 warranty for things like this. Now that a different mechanic has been involved it's going to be hard to determine who is responsible for what.

You're right about the oil sludge problem. The best thing for that is to use good quality oil and keep up with oil changes at the recommended intervals, never more than 3,000 miles apart.

Chrysler has built some really nice cars in the past and they have some of the best and toughest engines, but unfortunately this car design is not one that mechanics like working on, and this is indeed one of the least desirable engines. That doesn't mean it still can't be a good car. Believe me, GM and Ford have a whole bunch of models that are much bigger nightmares for their owners.

I have a couple of thoughts. First, go back to the dealer to see what they are willing to do for you. If they will refund most of your money toward a different car, that might be a good option. If they offer to repair all of the problems but you must pay half the cost, that is fairly standard. Basically, you are paying what it costs them out-of-pocket to fix the car, and they aren't out anything but they also aren't making any profit either. If this is an independent dealer with no repair facilities, they usually contract with a repair shop. That costs them more than the 50 percent you will pay, but that's part of their cost of doing business. Often they buy these cars from an auction and they don't test drive them much more than you did, so they might not even be aware there were problems. At the new car dealership I worked for, we were told anything less than a ten-mile test drive wasn't a test drive. It can take a lot longer for unknown problems to show up. That's why they give you that thirty day 50/50 warranty.

The place to start is by installing a temporary mechanical oil pressure gauge to see what the actual pressure is when the engine is warmed up. If it is low, new engine bearings or a new oil pump might solve the problem. Those can be replaced without removing the engine. A less-desirable alternative would be to use a higher viscosity oil at the next oil change or to add a can of "viscosity index improver". That is a chemical such as STP that thickens the oil. That will increase oil pressure and help the oil lubricate engine parts better.

FURYBUBU
Thanks for your answer caradiodoc.
Actually, I already went back to the car dealer (it's an independant one), and they totally refused to fix anything in the car, arguing that I didn't sign up for warranties and that I bought the car "AS-IS".
The mechanic told me that I should go to a Chrysler dealership because they would know better how to fix this issue.
Actually I'm not really confident in doing that because all Chrysler dealership in Los Angeles area are poorly rated.
Do you think that the misfire problem could be correlated to the low oil pressure?
Was this
answer
helpful?
Yes
No

CARADIODOC
Probably not. Normally the Check Engine light will turn on and there will be a diagnostic fault code stored in the Engine Computer that will indicate which cylinder is misfiring. For a specific cylinder, suspect the spark plug, injector, or low compression in just that one cylinder. You usually won't feel a misfire that's due to low compression. A "multiple cylinder misfire" is due to something in common to all cylinders such as contaminated fuel or a sensor problem.

For what it's worth, I worked for 30 years at a tv repair shop where the extremely honest owner made a nice living for two people in a tiny community of only 2,000 people. A different shop in my community of over 100,000 people went out of business because he ran out of customers. His famous quote was "I have to rip people off as much as possible the first time because they aren't coming back a second time". Sounds like that's the kind of dealer you dealt with.

We're lucky up here in WI to have mostly very reputable dealers. Only the Chevy dealer is very disreputable but that is common anywhere. The disreputable used car dealers don't last very long. We have a very reputable Pontiac, Cadillac, and two Chrysler dealerships that have been around for a long time.

Years ago we would occasionally see a sign on a car sitting in front of a dealership telling how the dealer wouldn't fix a problem on a car they just bought. Today we have all kinds of blogs and forums where we can post our horror stories. I know that doesn't help now. You might also consider filing a complaint with the Better Business Bureau. They can't really do anything but it might get the dealer to become a little more cooperative. They don't like complaints because a lot of potential customers will see that list and shop somewhere else.

You can consider bringing legal action in small claims court but depending on how the system works in your state, the burden of proof may be on you. They might require documentation of the diagnosis of the problem. By the time you spend that much money, you might as well spend it on repairs to the car.

I Am A Automotive Tech Student At Porter And Chester University In Chicopee Mass I Recently Replaced A Bad Oil Pressure Sensor Switch On My...
Asked by gonzoflush ·
1 ANSWER
2004
CHRYSLER SEBRING

I Took It To The Dealer In May To Have The Ac Charged For The First Time. Had Air Flow, But Was Intermitant For Cold Air. Dealer Claimed...
Asked by idoctr01 ·
9 ANSWERS
2004
CHRYSLER SEBRING

The Oil Light Came On When I Coasted Into A Parking Lot Going 10 Mph. I Was Turning And The Rpms Dropped Below 500 But It Recovered And Did...
Asked by Coleman74 ·
4 ANSWERS
1999
CHRYSLER SEBRING
VIEW MORE 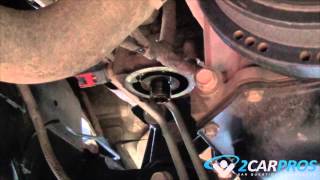 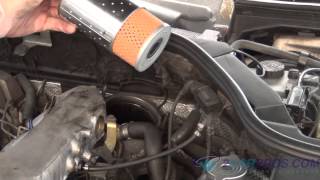