HANSONBOYLE
So, the emission warning light comes on, the temp gausge goes to hot and warning light for over heating comes on. Car loses power.I pull over & turn off car. Start car 5 minutes later and car runs normally - temp gauge is also normal. Car runs fine for about 1 month and it happens again. Mechanic ran a diagnostic check & can find nothing wrong.
what to do?
SPONSORED LINKS
Do you
have the same problem?
Yes
No

CJ MEDEVAC
My friends Grand Cherokee did almost the same thing. His wife let it sit 5 or so minutes

It actually did overheat, but soon was normal after she cranked it back up

They sorta just kept this "Procedure" up, over time, as it became more and more regular

Finally, the "procedure" failed to work!

We found the FAN RELAY, would ACTIVATE, But the contacts necessary to complete the FAN MOTOR CIRCUIT, were Kinda Burned.

Even though they were contacting, they were not Transferring Juice from one to the other.

We found this out by careful, RELAY dis-assembly and testing!

All along this was the problem, getting worse and worse.

Sitting for a few minutes (cooling maybe?) Allowed it to come alive again

We wanted to be positive, that this was the problem, before we stuck another in, and waited to be called to another breakdown!

HANSONBOYLE
Is it expensive to repair?
Was this
answer
helpful?
Yes
No

Have you ever played with the toy where you must fit the triangle, circle, square, oval into the correct slots?

Depends on how much you are willing to spend, for one of the above!

As far as location, it may be marked in a fuse or relay box....or not!

I may be able to find you a diagram...if you need me to.

Just remember, this may "NOT" be your fix, your symptoms were very close to the Jeep

Whatcha got to lose?....if nothing else, you just replaced a part that's been "moving" for 9 years, think of it as preventative maintenance!.....and now you have a "old" spare "Radiator Fan Control Relay"..........and labor was cheap!.....and if this does fix you, you owe me lunch!

Then this "factor" could be ruled out, as you journey toward other possible causes.

After Being On The Road Approx. 20 Mins. The Check Engine Light Started Flashing And The Cal Idles Rough And Has Very Little Power On Take...
Asked by lrc ·
24 ANSWERS
1996
FORD THUNDERBIRD

Hello- My Check Engine Light Comes On At Startup. I Tried Taking It To My Local Auto Parts Store, But They Claim They Can't See A Place...
Asked by scott81425 ·
4 ANSWERS
1994
FORD THUNDERBIRD

I Just Hand This Car Handed Down To My Kids. The Problem Is That The Check Engine Light Stays On. The Car Runs Fine. He Stated That This...
Asked by clarksond ·
1 ANSWER
1988
FORD THUNDERBIRD

My Check Engine Light Has Come On. I Had It Scanned And Codes P0171 And P0174 Came Up. What Should I Check To Clear Up These Codes? Will It...
Asked by llavots ·
1 ANSWER
1997
FORD THUNDERBIRD 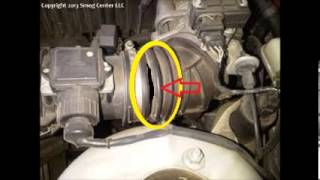