KITMS7
How do you know if your car needs a new Idle Air Control Motor?
Do you
have the same problem?
Yes
No

CARADIODOC
Idle speed won't adjust or is too low after "minimum throttle" has been relearned after disconnecting the battery, or there's a diagnostic fault code and further testing shows the wiring to the motor is okay.

What's the symptom?
SPONSORED LINKS
Was this
answer
helpful?
Yes
No

KITMS7
What type of testing needs to be done?
Was this
answer
helpful?
Yes
No

CARADIODOC
Very little. What are the symptoms, or why do you think there's something wrong with it? Failures are very uncommon.
Was this
answer
helpful?
Yes
No

KITMS7
It is like my gas pedal sticks and gets hard when I first put the car in gear or when I take off after a stop light turns green. Then I find myself having to press down hard to get it to move and then it sort of lounges forward.
Was this
answer
helpful?
Yes
No
+1

CARADIODOC
By "sticks", do you mean it physically is harder to press than normal or do you mean you need to push it further than normal to get going? Either way, that has nothing to do with the idle speed motor. I was thinking about testing it and in 16 years as a mechanic I never tested one. As an instructor I made my kids measure the electrical continuity but only as a small part of learning how they work.

If it feels like the gas pedal doesn't want to move freely, try it again with the engine and ignition switch off. If it is still sticking or binding, you might suspect a frayed throttle cable. If the binding only occurs with the engine running, suspect worn bushings for the throttle blade in the throttle body. Air flow and engine vacuum while running might put enough pressure on those bushings to make them stick if they're worn with rough spots on them. Either of those conditions are extremely rare so if replacement parts are needed, I would have no hesitation finding used ones from a salvage yard.

If there is or was an oil leak on your engine, dirt could have accumulated on the throttle cable causing it to stick. You could try rotating the throttle right on the engine. If it works freely, try lubricating the cable where it goes into the plastic casing. Silicone Spray Lube would be a good product for that. It goes on like water, soaks in, then evaporates and leaves a film of "slippery" behind. The Chrysler dealer's parts department has that product but you can find it in hardware stores and auto parts stores too.

Have a helper hold the throttle open on the engine, then try pressing the gas pedal. If it still sticks then suddenly releases, just replace the cable assembly. They are a very low failure item but every now and then we hear about one binding.

If the bushings in the throttle body are the cause of the sticking, that will likely affect the cruise control too. It makes very tiny adjustments as you drive to hold the car's speed steady. If there's some sticking in the throttle blade, the car's speed will change noticeably a few miles per hour before the cruise control servo relaxes or pulls hard enough to overcome that sticking. That gives the car's speed time to change too much and you'll see the speed creep up and down as you drive.
SPONSORED LINKS
Was this
answer
helpful?
Yes
No

KITMS7
It does not stick when the engine is cut off. It only sticks when the engine is first started up or when I stop at a stop sign or stop light and then have to take my foot from the brake back to the gas.
Was this
answer
helpful?
Yes
No

CARADIODOC
That would indeed point to rough bushings in the throttle body. Definitely not common but not unheard of. I can pretty much guarantee you won't find one in stock at your local Chrysler dealer's parts department because they will have had very little call for it in the past.

Head to a pick-your-own-parts salvage yard. If you're anywhere between Ohio and southern Georgia, there's a dandy chain of very clean, well-organized yards called "Pull-A-Part". Customers and employees are very friendly and parts are REAL inexpensive but you have to remove them yourself. Take your own tools. You can do an internet search of their inventory at each yard to see if they have cars like yours but they don't list the engine sizes and they don't know what's already been removed from any car.
Was this
answer
helpful?
Yes
No

KITMS7
So what part am I going to get from the junk yard?
Was this
answer
helpful?
Yes
No

CARADIODOC
Throttle body. It's what the throttle cable pulls on.
Was this
answer
helpful?
Yes
No

Hi, How Am I Gng To Change My Engine Oil With A New One, It`s Due For Replacement, Pls Do I Nd To Replace The Fuel Filter Along Wit It.
Asked by mufteeh ·
1 ANSWER
1998
CHRYSLER CIRRUS 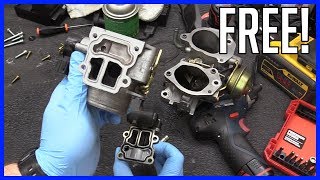 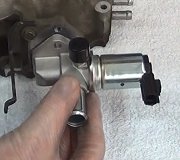 GUIDE
Idle Air Control Valve Service
The idle air control valve is responsible for controlling the engine idle speed via the car's PCM (computer). These valves are configured differently depending on...

How Do You Check If A Pcm Is Working?

How Do You Check If A Pcm Is Working?
Asked by Anonymous ·
3 ANSWERS
1998
CHRYSLER CIRRUS

I Did The Spark Plugs And Had To Take The Manifold Off When I Did That The Vacuum Hose Disconnected Some Where And I Don't Know Where.I...
Asked by curtusbriggs ·
4 ANSWERS
1 IMAGE
1996
CHRYSLER CIRRUS

Chrysler Cirrus 2000 2.5 Leaks Water Down Out Fly Wheel Plate, No Visual Where It Comes From Everythings Dry. It Jus Pours Out The Plate....
Asked by Tom steal ·
1 ANSWER
2000
CHRYSLER CIRRUS

I Have An Automatic Transmission, 2.5l V6 Engine. A Little After I Purchased The Car The Speedometer Started Freezing While I Was Driving...
Asked by hrysewyk ·
1 ANSWER
1995
CHRYSLER CIRRUS
VIEW MORE 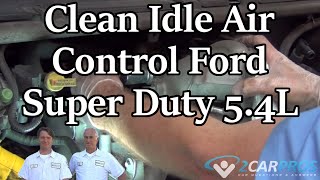