LESLIE1993--19
What does it. Mean when my check engine light, oil light and my battery light all comes on in my 1995 ford taurus then the car just stops? I was driving down the road and all the lights flickered then stayed on then the car up and quit running.
SPONSORED LINKS
Do you
have the same problem?
Yes
No

DRCRANKNWRENCH
The ECU or car computer may have failed. You will have to ry getting the trouble codes pulled. You can go to an Advance Auto or Auto zone and they will do it for free.
SPONSORED LINKS
Was this
answer
helpful?
Yes
No

LESLIE1993--19
Do u know about how much the computer box would be?
Was this
answer
helpful?
Yes
No
+1

DRCRANKNWRENCH
It depends on the vehicle. You can get a rebuilt ECU. New ones are only available from dealers or aftermarket performance companies for several thousad. The rebuilt will be in the hundredds.
Use the search engine on this site to find a reputable ECU rebuilder. If you type that term into the search engine, just look on the page it brings up for Ads, Banners, etc. And they sometimes will list ones near you.
It does sound like the ECU failed, but there could have been a major system shortage. Or, if I understand the first post right, there is the possibility that the car simply has a no-run problem and as it stalled the lights came on, but I undertood it to be a complete failure all at the same time. If I am qrong about how the car staled, it could be either. So, if the engine sputtters and struggled to run, as that happened the check engine and oil light started to come on and then it quit. We should loook at a, "No-Run" situation as a hopeful best scenario. If the car just died and the lights came on st the same time it staleed and it all happened at once, there is a major electrical issue. A major system shortage would burn out the fusible link in the fuse relay box under the hood. So, look at that. I just don't want you to go ahead and buy the ECU first if there are cheaper issues that it could be. However, if the fusible link burned out we would still have to look into why it did so.
If it turns out to be electrical the diagnoisis will be harder and sometimes you have to buy parts that are the best guess as the failure and see if it fixes the problem.
I should have mentioned in the other post that, I am assuming the car was towed, you should take it to a repair facility of some type and have them try to pull the trouble codes which can be done under battery power.
So, go forward with the scenario that fits and let me know if you have any questions.
Was this
answer
helpful?
Yes
No

My Oil Light Comes On At Idle. I Was Told It Could Be The Oil Pressure Switch Or The Main Bearings Or The Oil Pump. What Do You Think? Is...
Asked by tommycee ·
1 ANSWER
1995
FORD TAURUS

I Warm The Engine Up 15-20 Minutes Oil Light Then Comes On & Have A Tappet Noise. I Shut The Engine Off & Checked The Oil And Level Is Fine...
Asked by Lynn Finch ·
1 ANSWER
1995
FORD TAURUS

Oil Light Comes On After Approximately 1/2 Hour Of Driving. Vehicle Has Oil In It. Engine Does Not Sound Or Run Differently. It Is...
Asked by standerson ·
5 ANSWERS
2001
FORD TAURUS 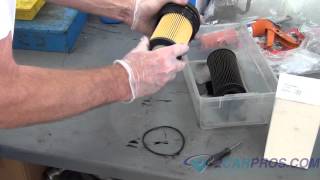 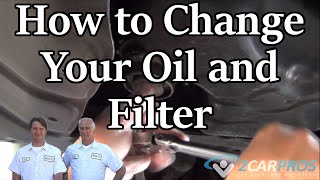