SAKRIFICER
First off, I always said I would not make an account to ask for help because there is so much information out there I have never needed to. But never say never huh!

Ok, my aunt gave me a 1991 Buick Century, 6cyl. I never really looked it over because I don't really know much about cars, besides she drove it from Indiana to Florida just to bring it to me and it made it here without issue.

Yesterday I was making a u-turn and all of the sudden the car shuts down and there is white smoke coming from under the hood.

I parked the car and raised the hood and I noticed there was a fire. I blew out the little fire and had the car towed home. After dinner I went to investigate and I noticed that a wire burnt all the way through. This wire is under the power steering pump and alternator on the passenger side. I can reach the wire but I cannot see what it attached to.

I traced the wire within the harness, removed the plastic shielding that protects all the wires and followed the burnt wire to the front of the car, it was attached with a screw to the right of the radiator. I am assuming this is a ground to the block but that's what I do not know.

It is important to note that the car seemed to be over heating once the car shut off, I say this because I heard a whistle coming from the front of the car.

Here is what did not work. After the car got home, there was no key in the ignition but there were several lights on on my dashboard. I tried to start the car but nothing happened. I disconnected the positive battery cable and double checked to see if any other wires were burnt. They are not. All is well EXCEPT this black wire. I twisty tied (in a matter of speaking) the wire back to each other so that they are touching pretty well and then held the positive battery cable to the battery and then tried starting the car and it started as if there was never an issue.

BTW. The positive battery terminal had bounced into the body of the car and basically melted itself. I pulled them apart and have since fixed that from happening.

This black ground wire, goes from the front body, next to the radiator, towards the top but within the engine compartment on the passenger side, it runs down into the harness, along the frame rail and this goes right under the alternator and power steering pump.

How do I fix this wire. What gauge is this wire? I am assuming I can go buy some heavy gauge wire, place an end on one end, attach it to the frame/body and then run it as it normally would. But I cannot tell what is under the alternator and was hoping someone could help explain.


Thank in advance!
SPONSORED LINKS
Do you
have the same problem?
Yes
No

HMAC300
Doyou know what color it is? If you could take pic it would be very helpful as trying to remember on a 20 something yr old car is hard. Are you sure it's black an d if it does bolt to radiator header make sure of this it may be black with white stripe etc. Check fusible link s that run off starter if there was a fire it may have melted thelink to protect from further damage. Check all 5 in pic you only need attest light or voltmeter and they should be the same on both ends
Image (Click to enlarge)

SAKRIFICER
I will try and get a pic of the issue right now but the entire protection of this wire was all burnt up. I can only tell you it was a dark color for sure.

Ill brb with a pic
Was this
answer
helpful?
Yes
No

SAKRIFICER
This is the color and the condition of the sheath of the burnt wire
Was this
answer
helpful?
Yes
No

SAKRIFICER
Not how or why the picture is not showing
Was this
answer
helpful?
Yes
No

HMAC300
Try to trace it back in the loom for a definite color or if you know where it plugs into would be helpful as well
SPONSORED LINKS
Was this
answer
helpful?
Yes
No

After Installing The I A C Soleniod The Car Idles Very High [aprox 2100 Rpm] The Instuctions Included With The Part Stated To Start The...
Asked by tcat551 ·
1 ANSWER
1991
BUICK CENTURY

On 3 Occasions In The Last 6 Months, My Car Made A Loud Siren Like Sound Until It Warmed Up. What Could It Be? My Nephew Thinks It Is The...
Asked by MaryKova ·
21 ANSWERS
1 IMAGE
2003
BUICK CENTURY

Looking For A Diagram To Show Vacuum Distribution, For Transmission (tranaxle) In Particular
Asked by terry9753smith ·
1 ANSWER
1996
BUICK CENTURY

I Believe I Have It Narrowed Down To This Part, But I'm Curious If The Maf Sensor Can Be Bypassed. Is It Possible For A Bad Sensor To...
Asked by wdorr ·
1 ANSWER
1993
BUICK CENTURY
VIEW MORE 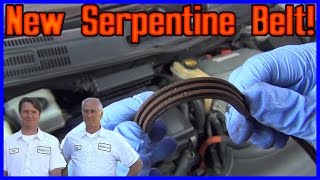 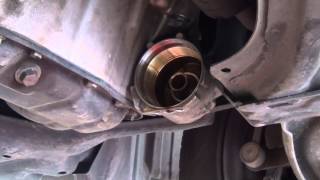 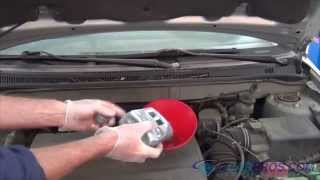