Boy has this been a fun problem. At the moment we have a problem with the gear shift getting stuck in park. It wont budge at all. We know that you need the key in position 1, the brake pedal depressed and the gear shift release button pressed but that doesn't allow it into reverse.

When you press the brake pedal you can feel the solenoid working so its not the micro switch linked to the pedal. We've also noticed that the shift will eventually release when the temperature rises above 12 -15 degrees.

We took it to a mechanic and they cleaned the solenoid cylinder so that it appeared to work without obvious friction but still the problem persists.
The mechanic also tightened the hand brake as we have a steep drive way and he suggested that the issue could be due to pressure being applied to the locking pin when the car is stopped on the slope.

I'm starting to wonder if the issue could be due to the actual transmission as once the gear shift does release, the gear changes with a fair clunk.

I know its causing the mechanic grief and us as well as the car is far from reliable now. One other point that we've noticed is that the key wont release without some effort. We've found that we need to push the key in while having the brake pedal depressed to get it past an obstructing pin.

You can feel the key overcoming the pin when it passes from position 1 to off.

Any ideas on this would be brilliant. I'm not too happy having a 2 tonne ornament on the driveway

Cheers Peter from Penrith
SPONSORED LINKS
Do you
have the same problem?
Yes
No

JACOBANDNICKOLAS
Does this only happen when you are on the steep slope? Also, do you make the park brake hold the car then place it in park? Finally, and this may sound stupid, but do the brake lights work when this happens?

As far as the key, it sounds like the tumbler may be going bad. I would try a lubericant that is designed for tumblers / keys.

JIS001
When you say the mechanic lubed the solenoid cylinder do you mean the shift lock cable? Usually when you have some spillage near the center console it will cause the cable to stick. On the drivers side the side panel for the center console, remove it and look at the cable. Insert key in the ignition switch and turn it to poition 2 and back to off. You should see the cable slide back and forth to release the gear selector and lock it again. If it does not move freely use some WD-40 to clean and lubricate. If that does not help much then he can try to adjust the cable but most likely you will need to replace the cable. Also when you have trouble removing the key. Check the gear selector knob button. When you put it in park it should pop the button back out to confirm it is in park. If the button is still depress inside it is the same as if you were in reverse and if you tried removing the key when you were in another gear it would not let you move the key back to 0 position. If the knob is ok then like Joe mentioned your column lock (tumbler) is going bad. Inserting picture on the cable. Not very good pic but the view is from the drivers side.

Hope this helps you out.
Was this
answer
helpful?
Yes
No
+2

PETERFROMPENRITH
Hi Joe,
Thanks for the feedback, greatly appreciated.

Ok, As it happens, it does appear only to happen when the car is at rest on the sloping driveway. It does however, happen intermittently when parked flat.

We usually drive up the driveway and use the foot brake pedal to stop before applying the handbrake. The car does move slightly backwards when the foot brake is released.

When the gear lever fails to move out of park, we depress the foot brake a number of times to see if this assists with the release of the gear lock. Please note, we are holding the button on the gear shift in at the time, and this has never stuck either way.

As far as the tumbler is concerned, once the gear is unlocked, so to speak, we no longer have the problem with the key so it seems to be related.

Just to fill you in on the latest and I'll be updating JISoo1 shortly, we had the mechanic out when the problem occurred and he removed the centre console to take a peek at the problem. It appears that there is a plastic catch that seems to have a link between the key and the lock movement.

On Thursday, my time, I plan to take a photo of the part that seems to be causing some of this headache.
I'll post it up then and hopefully have a positive outcome for others who might have a similar issue.

Cheers and thanks
Peter
Was this
answer
helpful?
Yes
No

Thanks for the feedback. Its greatly appreciated.
With the other fellows response and yours I think we are getting close.

In fact, as I mentioned in passing in the reply to Joe, the centre console was removed and it was found that there is a plastic hook type locking component that does have a linkage to the key. The mechanic mentioned that it was moving very slowly so he attempted to lubricate it with some success much as you say the result may a replacement cable.

This is where we are currently. We've requested the mechanic resource the part and replace the cable to see if the problem will re-occur.

Also as mentioned, I'll be taking some photo's to add to the discussion as I believe that the solution is near at hand and the responses here have been pretty much spot on.

Cheers and thanks again.
Great site. Wish I'd found it a month ago.
Peter
Was this
answer
helpful?
Yes
No
+1

TIMTOMMER
I"m having the same problem shifting out of park on my 2005 volvo XC70. Can someone tell me how to access the inside of the gear shift selector
SPONSORED LINKS
Was this
answer
helpful?
Yes
No

CSMOHT
I have the exact same car and the exact same symptoms. It's a transmission position sensor. If you rock the car back and forth a little bit you'll hear a click and then the car will go into park.
Was this
answer
helpful?
Yes
No
-1

I Need To Remove The Center Console In Order To Connect Loose Transmission Linkage Connection. I Found Two Screws In The Bottom Of The...
Asked by vanetten ·
9 ANSWERS
2005
VOLVO XC70

Interior Problem 1999 Volvo Xc70 All Wheel Drive Automatic 160000 Miles I Think A Latte Of Something Must Have Gotten Into My Console...
Asked by mojacoby ·
2 ANSWERS
1999
VOLVO XC70

Does This Year Volvo Have An Overdrive And Where Is It Located. The Arrow Flashing Light Is Blinking Like It Is In Low Gear. It Will...
Asked by Bobbymic ·
1 ANSWER
1999
VOLVO XC70

What Is Involved For A Mechanic To Flush And Fill The Transmission? Does The Fluid Need To Be Sythetic? Thank You
Asked by hyennerell ·
1 ANSWER
2002
VOLVO XC70
VIEW MORE 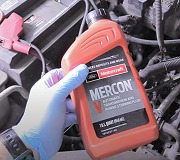