1997 Saturn SL1 Temperature guage goes up when stopped at a

MARY KUBIC
About a week ago my engine overheated when stopped at a series of traffic lights. The temperature warning light came on, and a few seconds later steam started coming from under the hood, on the side where the coolant reservoir is. I immediately pulled off the road and turned off the engine. I walked home and came back about an hour later, when everything had cooled down. I opened the coolant reservoir, and could see that the coolant was low (there was none visible in the reservoir). I added 1/2 gallon of a 50-50 coolant and water mixture, as specified for this car. This brought the coolant level in the reservoir up to the maximum recommended level. I let the car run for a few minutes, and saw that the coolant stayed at the same level. I drove it home with no problem. I didn't know if the overheating was caused by the coolant being low, or if the overheating caused the coolant to evaporate. I thought maybe the belt was slipping, or there was some problem with the fan. The next day I had it checked at a Monro Muffler shop. They told me that the belt and fan were fine. They suggested that I replace the water pump, the thermostat, and flush and fill the coolant. However, they told me that there was no way they could tell if these two parts were actually bad, and that the repair may not fix the problem. Since it was an expensive repair, and I have been considering getting rid of the car soon, I decided to drive it for a few days and see if the overheating occurred again. So far it has been running fine. I have been watching the temperature gauge, and it never goes into the danger zone, but it does fluctuate some, and I'm not sure if this is normal, since I never really watched it much before. The temperature gauge has 4 notches on it, with the high end shaded in red as the danger zone. When the car first starts, it is below the first notch for about 5 minutes, then gradually moves just a hair beyond the first notch and stays there. In the morning when I drive to work, it never moves beyond that point. The air is cooler in the morning, there is less traffic, and I spend less time at traffic lights. In the afternoon when I drive home from work, it initially behaves the same way as in the morning when I am on the highway (doesn't move beyond the first notch), but later in the drive, when I stop at lights, it gradually climbs up to the second notch, but doesn't go beyond. Once I start to drive, it gradually goes back down, more quickly if I am driving at a faster speed. Is this normal, or is it something that I should be concerned about? If I open the hood after I get home, there is a lot of heat around the engine, the hoses are hot, and the coolant reservoir is hot, but again, I don't know if this is normal or not. The coolant level has not changed since I filled it last week after the overheating incident. The car is overdue for a coolant flush and fill, but if there are more serious problems, I might want to just get rid of the car now rather than put more money into fixing the cooling system. Would new coolant make the cooling system work more effectively? I have always kept up with all of the routine maintenance on this car - oil changes, transmission fluid changes, tune ups. Any insight you can offer into this problem will be appreciated. I especially would like to know if the variation in the temperature gauge that I am seeing is normal and if a coolant flush and fill would be worthwhile without doing either of the other suggested repairs (water pump and temperature sensor). Thanks.
SPONSORED LINKS
Do you
have the same problem?
Yes
No

LEGITIMATE007
Hi, I think your problem stemmed from low coolant, I do think, that you should flush the system, which you can do yourself, because over the years a film tends to coat the cooling system espescially the radiator and will cause the engine to overheat because it is not working efficiently, just keep your eye on the temp gauge for the next couple of days to be sure, there is also a sensor called the engine coolant temp sensor, that too will cause your car to overheat if fualty, but I dont think thats the case here, do your flush and replace the thermostat, the thermostat only costs about ten dollars, if that. And can be done by yourself if you can turn a wrench, dont be too alarmed and just keep an eye on the temp gauge for a couple of days, you should be fine
thanx
joe
SPONSORED LINKS
Was this
answer
helpful?
Yes
No
+1

Electrical Problem 1999 Saturn Sl1 4 Cyl Front Wheel Drive Automatic I Have A 99 Sl1 Saturn And It Has A Problem With The Temp Gauge...
Asked by j.stieg ·
2 ANSWERS
1999
SATURN SL1

My Gas Gauage Is Broke, Whats Is Causing It And How Much For The Part To Fix It
Asked by jpmett ·
3 ANSWERS
1995
SATURN SL1

Tachometer And Speedometer Are Bouncing

What Could Cause The Speedometer & Rpm Needles To Vibrate Then Drop To Zero And The Emergency Brake Light To Come On Then Go Back To Normal...
Asked by WinterHawk ·
6 ANSWERS
1999
SATURN SL1
VIEW MORE 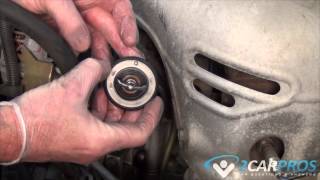 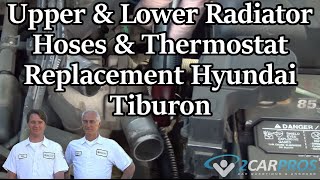 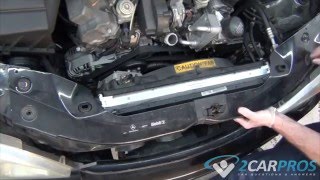