ANTHONYRUTLAND
Local mechanic diagnosed low speed knocking noise and rear end vibrations that occur between 60-70 mph as a bad rear differential actuator. It is in the nose of the rear LSD differential. I do not agree as these differentials are known to be very strong. The torque transfer to the rear is controlled by the clutch packs in the actuator electronically.
I believe that the 3-4 mm or torsional (or rotational) play in the inner CV joints is the issue. What do you think? Actually there is no play beyond whats normal on the inner joint. I have new axles from driveshaft shop on the way.

But this is not really my question. Just the backstory. This past weekend I installed an aftermarket upgraded differential top mount. As well as a Whiteline Sway bar. Car was on stands front and rear. As I had the driveshaft off the car was in first and E-Brake on.

Decided to lower the rear end first to prevent the car rolling back as it was on a minor incline. No issues. Move to front and as I lowered it the rear end made a popping creaking noise a few times. I freaked out. I now realize I should have taken the E-brake off. What could have been that noise? What would break first in that situation where the tires are trying to rotate as front of car comes down? I feel so dumb! But I was tired. That is my excuse. Putting in that differential mount was very challenging due to limited space.

As I drove away a new noise appeared up to second gear at low speeds. Fap fap fap, tick tick tick. If I am lucky it is the CV joint that gave way. I will be putting it back up on stands sometime this week when I can get to it.
Thanks!
SPONSORED LINKS
Do you
have the same problem?
Yes
No

ANTHONYRUTLAND
For clarification the new fap, fap, tick, tick, noise emanated from the driver rear.
Was this
answer
helpful?
Yes
No

HMAC300
Check your CV joint the popping could have been anything or a CV joint moving as it is independent suspension so it could be that collapsing as well.
SPONSORED LINKS
Was this
answer
helpful?
Yes
No

Hi I Got This Knocking Sound Coming From The Engine. You Could Really Hear It After Like 3000 Rpms. The Ckeck Engine Light Goes Off So I...
Asked by Speedy Guerra ·
4 ANSWERS
2003
MAZDA 6

Whenever I Start My Car, Once It Fires Up For About 1-3 Seconds After Till It Gets Into Idle It Akes A Very Obnovious Rattle Sound. Allmost...
Asked by Kano207 ·
2 ANSWERS
2007
MAZDA 6

My Engine Is Making A Whirring Sound When Driving

When I Pass People On The Highway And I Have To Jump On The Accelerator, Every Once In A While The Transmission Will Squeak (like A...
Asked by bcovic85 ·
1 ANSWER
2003
MAZDA 6

The Chirping Started Back In August. It Chirps Every Few Minutes At Any Speed. The A/c Is On Low. I Can Also Feel A Very Slight Jerk. I...
Asked by gibbygirlcassie ·
3 ANSWERS
2003
MAZDA 6
VIEW MORE 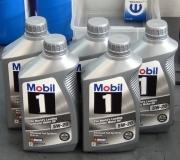