SPARKSLFLY
Car will start for a few seconds and then shuts down. The anti-theft light came on when it started this problem.
Do you
have the same problem?
Yes
No

There is a sensor in the key and the steering column that identify you have the correct key in the ignition. Try a different key. If that does not help, I recommend taking to a dealer where they have the proper test equipment. Otherwise you will go crazy trying to track down the problem.
Try following the instructions to reset the anti-theft, you will probably start with step 3 in the guide below.

Let us know if know if you need anything else.
SPONSORED LINKS
Was this
answer
helpful?
Yes
No

BECKER117
Not quite sure if it is a 2.2L or not, but I have a theft light problem. The car turns in just fine randomly. If the theft light is illuminated and stays on it has a chance in turning on. If the light is blinking it will not. Not even a chance. It will start and run for about two seconds and shut off no matter what I try to do. Leaving me stranded. I have no idea what to do. I tried disconnecting the batter and that causes the light to stop flashing but as soon as I reconnect the battery it starts flashing again. When I try to start the car and it shuts off. Sometimes I go out and start it and get lucky and it turns right on just fine, but then I go to store and get stuck. Please help!
Was this
answer
helpful?
Yes
No
+1

There is two small wires at the ignition switch that break which causes the problem you are describing. I assume you still have the original key? If so here is diagrams to help you see if the broken wire issue is the problem.

Check out the diagrams (below). Please let us know what you find.

BECKER117
Okay, you said that two wires cause the problem. I talked to a friend of mine that is a mechanic and he told me if there was chip in the key it was most likely the computer and the chip went bad. Luckily there is not a chip. However, you described two wires that cause the problem, but how do I fix the two wire issue and which two wires? I looked at the diagrams and only see mechanical components. I did not see the wires you were talking about in the diagrams. I do have pictures of wires. I took the plastics off around the steering wheel and I see a white black and yellow ignition wire that runs to a quick connect and the other side of the disconnect that runs into the ignition area looks like it is two black wires and a white wire. Is the black and white wires the one's you were saying went bad? I will will post the pictures.
Images (Click to enlarge)

KEN L
Yep those are the wires do they look in good shape? They look good from here. Lets try resetting the system. Please follow this guide.

Sorry should have had you do this first my bad. Let me know.
SPONSORED LINKS
Was this
answer
helpful?
Yes
No

BECKER117
The wires you were talking about are they the ones I was holding of the black and white? Could it be a short in the wire? I am going to try the reset that you gave me when I get off work and I will let you know how that goes.
Was this
answer
helpful?
Yes
No

KEN L
The wire will be broken inside which you can feel if you move the wires around but from the picture they look okay. Double check to be sure though.
Was this
answer
helpful?
Yes
No

BECKER117
The wires seem fine. Talking to a friend of mine he said it could be something with the radio? The radio is garbage. Hit a slight but or sometimes when k shift gears (five speed) the radio turns off and back on. Could this problem be coming from the radio being tampered with?
Was this
answer
helpful?
Yes
No

BECKER117
The guy I bought it from tried to put a radio into and we I told you how well that worked for him.
Was this
answer
helpful?
Yes
No

KEN L
I do not think so, Did you try to do the security system reset in the guide if so what happened?
Was this
answer
helpful?
Yes
No

BECKER117
I tried. But the car kept turning on and staying running. I figured maybe it stopped doing that problem so I drove it to work last night and it would not start when I went to leave for work so I sat there for about ten minutes and tried again and it started. It makes no sense. I did notice every time I push the clutch in the radio turns off and the headlights get dim. When I shift and let off the clutch the headlights go back to normal and radio turns back on.
Was this
answer
helpful?
Yes
No

KEN L
Great clue, I would check the battery ground to frame and engine block to make sure the connection are good and tight. You must have both block and frame or the car will have issues. Here is a diagram.
Image (Click to enlarge)

BECKER117
I checked all the grounds nothing seems wrong. Everything looked right from what I can tell. But I figured out how to start it every time without fail. Sometimes it will still shut off. Turns on runs for two seconds and shuts off. When that happens I take the key out of the ignition. Put it back in and as I turn on the car I press the gas and it fires right up and stays running every time. I do not get it. I am baffled on what it could be.
Was this
answer
helpful?
Yes
No

KEN L
It could be the cluster here is a wiring diagram of the system so you can see how it works. You might need a rebuilt cluster. Here is a video showing her job being done on a similar car:

BECKER117
I watched the linked video. He put the car in drive without it being on? Mine is a 5 speed. Do I leave it in neutral?
Was this
answer
helpful?
Yes
No

KEN L
We move the gear selector to get the cluster out is all. Make sure the battery is disconnected.
Was this
answer
helpful?
Yes
No

Can I By-pass The Anti Theft On My Car?
Asked by johncolebau ·
31 ANSWERS
1997
PONTIAC SUNFIRE 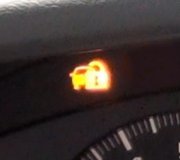 Replaced The Alternator And Now The Starter Motor...

Replaced The Alternator And Now The Starter Motor Cranks, But Will Not Start. Can't Hear The Fuel Pump. Could This Be The Anti Theft System...
Asked by hsr1hsr1 ·
5 ANSWERS
2004
PONTIAC SUNFIRE

Customer Lost There Key Tried Drilling The Lock Cylinder Out And Failed. I Ended Up Having To Put In A Used Steering Column Because Of All...
Asked by dashnflash08 ·
1 ANSWER
1996
PONTIAC SUNFIRE