DOCMARTIN000
I just bought this car, 3 days ago actually. It first started the other day when I started the car, but the radio wouldn't turn on, It finally did. Then I was driving it, everything was fine, and the blinkers wouldn' work, they finally did. Now The car won't start. I turn the keys, and the radio turns on, but you can't even hear the starter at all. I waited about an hour, and tried it again, it worked perfect. 5 hours later, it did the same thing, won't start. I'm afraid to leave my house and get stuck somewhere. Before I take it back the the independent dealer and scream, I would just like your input. Thanks so much!
SPONSORED LINKS
Do you
have the same problem?
Yes
No

BMRFIXIT
1st step would be to check the starter,
and neutral safety switch on the tranny
I would suspect ignition switch if all tested ok

need manual CHECK IT @
https://www.2carpros.com/kpages/auto_repair_manuals.htm
SPONSORED LINKS
Was this
answer
helpful?
Yes
No 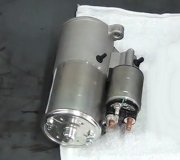 GUIDE
Starter
Easy to follow guide describing how an automotive engine starter motor works, this information pertains to most vehicles.

2002 Oldsmobile Intrigue For The Last Couple Days My Car Has Had Trouble Starting. And Now When Driving Slowly, The Idle Goes Down...
Asked by ecorradi ·
1 ANSWER
2002
OLDSMOBILE INTRIGUE

I Bought This Car About 5 Months Ago. Runs Great But Oil Was Super Black So I Took It To A Jiffy Lube Type Place For An Oil Change About 3...
Asked by misterb96 ·
1 ANSWER
1998
OLDSMOBILE INTRIGUE
VIEW MORE 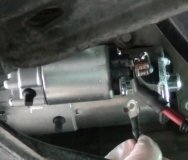