2006 Nissan Murano Is it possible a mobile ding doctor brok

I took my car in to have a dent fixed in the front lower part of my drivers door by a mobile paint-less dent repair specialist. On the way home I put the window down and later it would not go up. I am being told that the repair had nothing to do with the power window motor and regulator shorting out. I find that hard to believe.
Why would it break on the only door he worked on and also right after he worked on it? What is your feeling on this? I'm not talking about a lot of money because I have a warranty, but their is a $100 deductible that I suggested the repair guy pay $50 and he said "No, I don't believe I caused the window to short-out or break, if it was caused by something else that I may have caused, then I would probably pay."

Peter
SPONSORED LINKS
Do you
have the same problem?
Yes
No

CARADIODOC
Hi Peter. Welcome to the forum. Window problems are very common today on newer vehicles because in an effort to save weight, they use very unreliable cables that fray and plastic pulleys that break instead of the old steel gears and arms. Window problems are real common now on almost all brands of cars since the mid '90s. If the repairman had damaged any of the items in the window regulator, the window would not have rolled down or would have jerked and made noise. It usually takes more effort to lower a window because the motor is working against a spring that helps lift it. That's often when things break.

The fact that the window rolled down proves the motor and the electrical plug and wires were not damaged. All of the electrical parts involved in rolling the window down are the same parts that roll it up, current flow is just reversed. What could happen though is a cable could have come off one of the pulleys. The dent guys use metal rods inserted through water drain holes at the bottom of the door to gently massage the dents out. Those rods have to push against something but they don't use much pressure.

Until you know differently, it is just as likely the window was about to break and the dent repair happened to take place at the same time. The place to start is by having the window repaired. Ask to see the old parts and let the mechanic show you and explain what happened. They won't let you keep the part because you aren't paying for it, but they should be able to judge whether the dent guy caused the problem. After watching one of these guys for ten years at a dealership, (and after having him repair my new car three times), I can see how much training they have to avoid causing problems, and how careful they are. They normally test everything when they're done to be sure nothing got damaged. While it is possible he did damage something, I would hold off on any accusations until you know exactly what happened.

When I Step On The Gas Pedal I Hear A Clicking Noise Which Stops When I Move Faster. It Does Not Happen On Turn. Only When I Stop And Begin...
Asked by rasmo ·
8 ANSWERS
2006
NISSAN MURANO

Popping Sound Coming From Driver Side

I Have A 2006 Nissan Murano. For The Last Month Or So It's Been Making A Weird Kind Of Whirring Sound On The Right Front Side Under The Car...
Asked by kgoodlett ·
2 ANSWERS
2006
NISSAN MURANO

2004 Nissan Murano Awd, Up And Down Idle, Stalling At Start Up, Chirping Form Back Side Of Engine When Idle Drops. Cleaned Maf Sensor And...
Asked by suprnatereno ·
3 ANSWERS
2004
NISSAN MURANO

Whining Noise Coming From The Steering

When I Steer I Hear A Whining Noise. I Just Got My Outer Tie Rod Changed, But Can Still Hear It.
Asked by deshawn ·
1 ANSWER
2010
NISSAN MURANO
VIEW MORE 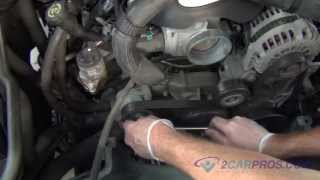