TXRAMBLER
I swerved to miss a deer in my KA24DE Altima and took out a sign, but drove it home fine. The next day (3 days ago), It overheated after being driven around town for about 20 minutes, and I discovered a crack in the plastic head of the radiator behind the cap, maybe 4 inches long, and there was no coolant in the radiator or the overflow. I picked up some plastic-certified JB weld, vigorously cleaned the spot, refilled with distilled water, and everything worked great until last night. I checked the next day and the coolant level and epoxy seal looked good still.

I was driving on the freeway at 70 for about 15 minutes when I noticed the temp gauge was a touch higher than normal. I dropped off cruise control, and the engine dragged MUCH more than normal. Under throttle it was knocking like mad, but off throttle at sounded normal. I dropped the clutch at 55 and the engine died instantly. CEL never came on until then, and the temp gauge was high but not much higher than it had been moments before. The bay was smoking a moderate amount when I got out. The epoxy seal on the radiator was broken and I noticed a large oil spray around the pulley side, covering the alternator, coolant overflow tank, probably the whole pulley system also. The radiator was empty, but overflow was bubbling and full.

It was towed off the freeway by truck and chain, and I used a small amount of clutch for minute braking. The engine started idling after enough drag brought it up, and it idled fine, though it built up heat very quickly and I shut it off after no more than a minute of idle. I checked the visible portions of the oil pan and there was no damage, and because it actually ran without any unusual noise I can only assume all the rods are intact. Due to circumstances, I couldn't get a good look at the actual source of oil, though it is definitely from the pulley or car-front side of cylinder 1 judging by the places where it sprayed.

This engine has a cast iron block and apparently is very good at not cracking. It was burning a small amount of oil sometimes (mainly under hard throttle) before I ran over the sign. Other than that, the car ran like clockwork. I probably should have changed the oil about a month ago.

Any help would be dearly appreciated! If its an issue with a gasket or the oil circulation system I won't invoke insurance, but the likely hood of serious internal damage seems high, in which case I would.

Thanks!
SPONSORED LINKS
Do you
have the same problem?
Yes
No

RACEFAN966
Ok with out seeing the car to look it over myself it is hard to say what is or isn't but I will give you my idea's of what I would look for. Ok first get it in the air on a lift to look over the bottom of the car any noticable damage, if there is any then not it. Now as for the overheating, what I would do is call to near shops and find one that will do a chemical test on the radiator to see if there is exhaust gases in the coolant this will let you know if the engine got hot enough to have to pull the head to replace the head gasket and shave the head and check for leaks and cracks. If the chemical test comes up negitive then I would replace the radiator as it is not holding water and clean the engine and check more frequently for any other leaks for a week or so. That is my advise with out seeing damage myself. If you can include any good pic I give more advice from that. Hope this helps.
SPONSORED LINKS
Was this
answer
helpful?
Yes
No

My Car Was Overheating And Leaking Antifreeze. The Repair Shop Has Indicated That The Radiator Neck Is Broken Because The Mounts Are Weak...
Asked by linanlexy ·
1 ANSWER
1999
NISSAN ALTIMA

I Have A Crack In The Radiator Just Below The Fill Cap. It Is Plastic On This Top Part Of The Radiator. Is There A Repair For This, Or Is...
Asked by coltjp ·
1 ANSWER
1998
NISSAN ALTIMA

My 99 Nissan Altima Recently Had The Alternator/power Steering/water Pump Idler Pulley Blow Out Within A Block Of My House. We Drove The...
Asked by mrr0ng ·
1 ANSWER
1999
NISSAN ALTIMA
VIEW MORE 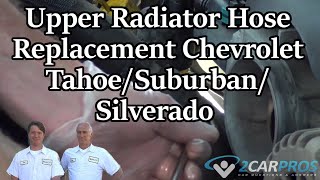 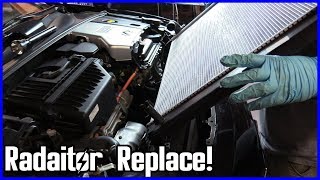 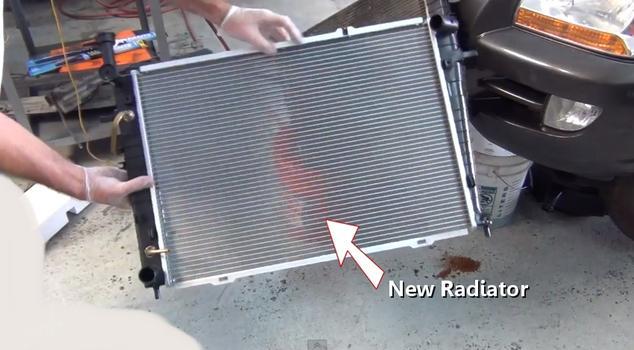