EUGENE829
I have a 2000 Mercury Mountaineer, 4.0, 4 wheel drive (not AWD) with an intermittent clunk. The severity varies from slight to moderate and feels similar to putting the transmission into drive from neutral at a high idle. The conditions under which this occurs are as follows: 1) temperatures below 30 degrees 2)slushy or snow covered roads (has not occurred above 30 degrees in rain or wet conditions) 3) steady rate of speed usually between 1700 & 2300rpm (not under acceleration) Several technicians have test driven the vehicle and only one has experienced the problem. This has been an ongoing problem for a few years. Early on a diagnostic code for front wheel speed sensors was indicated. Both were replaced. This was the only time any code was present through computer diagnostics. The transmission was rebuilt at 45000mi. Other attempts to correct the problem included flushing both front and rear differentials and transfer case.
My selector has three settings which are auto, 4x4 high and low. I was advised to try to select the 4x4 high option and when I did so, the problem did not show up, however when I shifted it back to auto it did not recur until a separate instance of the same conditions were present/ I have not tried the low setting, due to  the high rpms needed to sustain highway speed. All four tires have recently been replaced and are the same brand, size and tread depth.
I have owned the vehicle since it was new, and did not experience any problems of this sort until it was two to three years old. I know I have driven in conditions where there was not enough accumulation of slush or snow to cause resistance or traction problems. I wonder if there are any  sensors on the drive train that could be malfunctioning from the combination of both cold and minimal snow or slush, perhaps even 1/4 inch or less, as I feel this is far more than the normal transferring. I experienced one instance where it was severe enough to cause a fishtail.
SPONSORED LINKS
Do you
have the same problem?
Yes
No

JACK42
Have all the mounts been checked? When it makes the noise, is it directly related to loss of traction or does it just occur?
Was this
answer
helpful?
Yes
No

EUGENE829
We have a pretty ridgid auto inspection here in Pennsylvania. My regular mechanic is aware of this ongoing problem and is scratching his head as well. He has been over every mount, bushing and bolt we can think of. The only part that was suspect was a lower ball joint. It was replaced, but no difference. The severity of the clunk varies but no loss of traction occurs. ( Once, as stated above the clunk was bad enough to cause a fishtail. The road was very snowy).
SPONSORED LINKS
Was this
answer
helpful?
Yes
No

JACK42
If the clunk caused a fishtail, then I would tear the rear diff apart for inspection. If it has a problem it could intermittently lock one wheel and cause the rear end to try to come around. Does it have IRS?
Was this
answer
helpful?
Yes
No

EUGENE829
The fishtail was a one time incident that I believe was based on the severe weather. The vehicle does not have IRS. If the differential is torn apart, what are we looking for? What in there would cause this problem only on below 30 degree days, and how would something inside the differential know the difference between slush and rain? And why only at a steady cruising speed? My thoughts are that it has to be something external, possibly a sensor that would react to these specific conditions.
Was this
answer
helpful?
Yes
No

JACK42
Has the trans been serviced? Im wondering if the fluid is reacting to the cold weather. Does it do this when the vehicle is warmed up or cold? Could be a sticky solenoid in the trans. Im not aware of any sensors that will give the feeling of being shifted from neitral to drive like that other than trans related
SPONSORED LINKS
Was this
answer
helpful?
Yes
No

EUGENE829
The transmission was rebuilt at 45,000 mi. By a local reputable mechanic. Could he have missed something? The problem has occured before and after the repair. By the time I get to highway speed, the vehicle is warm. The trans fluid was changed again at around 85,000 mi. I don't recall experiancing the problem on a cold vehicle.
Was this
answer
helpful?
Yes
No

JACK42
Did they happen to tear down and inspect ehtransfer case when they did the trans? Iam wondering if themotor or shift fork is sloppy and letting it fall into Neutral then it slams back into gear, This is a good one indeed
Was this
answer
helpful?
Yes
No

EUGENE829
Thanks Jack for all your imput and advice. I have been running in circles for years trying to figure this out. I have had alot of good suggestions but nothing seems to account for the fact it has to be below 30 degrees and snowy or slushy to occur. I wish I could sit in with you guys and have a roundtable discussion. Anyway, the only thing done to the transfer case was changing the fluid. Please, if you can think of anything else let me know !
Was this
answer
helpful?
Yes
No

I Have A 98 Mercury Mountaineer And It Has A Loud Clunking Noise Coming From The Driver Side Front Wheel Area. It Was Missing A Bolt For The...
Asked by wndonaghey ·
1 ANSWER
1998
MERCURY MOUNTAINEER

My Mountaineer Is All Wheel Drive And It Started...

My Mountaineer Is All Wheel Drive And It Started Making A Popping Or Clunking Kind Of Noise That Sounds Like It's Coming From Under The...
Asked by Anonymous ·
2 ANSWERS
2003
MERCURY MOUNTAINEER

Only Above 65 Mph, There Is A Constant Low-grade Vibration, Like A 'buzz' You Can Hear And Slightly Feel. Put New Michelein Tires On 4-...
Asked by jeff morehart ·
5 ANSWERS
2007
MERCURY MOUNTAINEER

Making A Clicking Noise In The Morning When First...

I Have Just Noticed This Noise Yesterday. Turned On The Car And Heard A Clicking Noise. Drove For About 20 Mins Get Off The Freeway No...
Asked by zamje2011 ·
7 ANSWERS
2003
MERCURY MOUNTAINEER 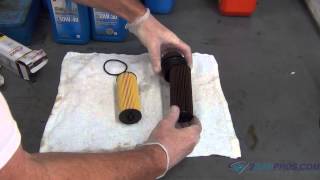