KEO20
I have been told that my head gasket is leaking. Oil is showing up on garage floor and leaking onto some portion of the exhaust and smoking. Last oil change the mechanic overfilled the car with oil. Car would get pretty smelly after a 10 - 15 min drive.

A different mechanic said via phone he would need to test the car with engine cold and that oil does ot usually leak from a head gasket. Subarus have a known issue with their head-gaskets.

Can you diagnose a failing head-gasket via a visible inspection or do you need to test antifreeze etc?
SPONSORED LINKS
Do you
have the same problem?
Yes
No

JOHNNY G.JR
A compression test or a cylinder leak down test would show symptoms of a possible head gasket failure, The cooling system can be tested for combustion gases
Was this
answer
helpful?
Yes
No
+1

CARADIODOC
That is correct. There are oil drain-back passages, with corresponding holes in the head gasket, but that oil is not under pressure, so leakage is extremely uncommon. Even when there are pressurized oil passages going through the head gasket, the oil is under about 40 pounds of pressure, and the coolant is under 15 pounds of pressure. Relative the very high pressure in a cylinder, oil and coolant are almost the same, and being so low, while it is possible, leakage between them is not common.

Pressurized oil can indeed leak from a cylinder head gasket, but that too is extremely rare. Those passageway holes in the gasket are the diameter of a pencil, leaving very little area for a leak to occur. The cylinder can be three to four inches in diameter and there are many of them. About 99 percent of the time the leak occurs between a cylinder and a coolant passage. Those two are the closest together, and the easiest for the gasket to be eaten away.

There are chemical tests and dyes that can verify a leaking head gasket. The dye works well for locating elusive oil leaks, but it works best for slow leaks, after the area has been cleaned. With faster leaks, especially when they're fast enough for oil to run down to hot exhaust parts, we would typically wash the area, then watch for the oil to show up while the engine is idling. I'm not going to second-guess the diagnosis you received, but a leaking valve cover gasket is a far better suspect. The valve covers sit right over the cylinder heads, so leaking oil runs in the same areas as it would from a leaking head gasket. Leaking valve cover gaskets are not uncommon on any engine, and are usually not a real involved repair.
SPONSORED LINKS
Was this
answer
helpful?
Yes
No
+2

What Is A Reasonable Estimate For Replacing Both Head Gaskets On A 2001 Subaru?
Asked by peterspaar ·
1 ANSWER
2001
SUBARU FORESTER

What Price Range Should I Expect To Replace One Or Both Head Gaskets To Fix A Leaking Head Gasket? Also Should I Consider Having The...
Asked by Jmurrell ·
1 ANSWER
2001
SUBARU FORESTER

Near 58k Mileage, A Subaru Dealer Did The Left Side Gasket Repair Under Warranty. I Paid $700 For Right Side Gasket, Water Pump And Timing...
Asked by rrbowden ·
3 ANSWERS
2003
SUBARU FORESTER
VIEW MORE 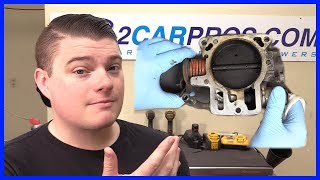