SKOUT
Drivers side door lock would lock doors fine but began immediately re-locking after unlocking. Door lock is now not unlocking at all and seems as though something is mechanically jamming it from turning key.
SPONSORED LINKS
Do you
have the same problem?
Yes
No

JCOXKY
I'm having the same issue. Have you found a solution?
SPONSORED LINKS
Was this
answer
helpful?
Yes
No

RIEGELDOGS
I am having the same problem. Has anyone found a solution?
Was this
answer
helpful?
Yes
No

The probable cause is the driver door key lock/unlock switch. It could be out of adjustment or faulty.

If the passenger door key can also control the central locking system, then it could also be the cause.
Was this
answer
helpful?
Yes
No
-1

KINGDVB
Same Problem as others.

How do you replace/check the Key Lock/Unlock Switch
Was this
answer
helpful?
Yes
No
-1

You need to remove the door panel to get access to the switch.

From the inside of the door panel, you would see a switch attached to the door lock linkage. That is the switch to check.

Disconnect it and see if problem still occurs. If both driver and passenger door lock can control the central lock, you need to test both side to see which is defective.

Take note that if the circuit is not an ON/OFF type but a ON = unlock and OFF = lock, then you need to ground it to test.
SPONSORED LINKS
Was this
answer
helpful?
Yes
No
-1

We took the car to the local Kia dealership where we had purchased the car new, and the shop told us that it was a faulty door lock actuator. The mechanic did not open the door, but said that this was a common problem. They estimated $200 plus labor to repair.

This weekend, I decided to open the door and look for myself. What I found is that the actuator was fine.

The fault was with the latch mechanism, called "door checker" in the Kia service manual. Not the lock. The latch; the actual part that latches onto the striker when the door is closed.

To determine the fault, I first removed the door panel. Remove 1 screw in the grab handle pocket, 1 behind the door open lever, and 2 screws at the forward edge, the bottom edge, and the rear edge. Remove the small window-corner speaker if equipped. Then lift off the door panel. Don't lift too far, there are wires to disconnect.

Once the door panel was removed, I removed the exterior door handle. Two bolts on the inside of the door secure it. Use 10mm socket to remove them. Then remove the connecting linkages by flipping the plastic catches on each to the side. This should allow you to pop the linkage from the socket. The heavy linkage is a little harder, as it has a locking groove. You may need a jewelers screwdriver or dental picks to open the plastic socket a little. Be very careful not to get forceful or you risk breaking the plastic catch. The actual lock mechanism turns 1/8 turn and slides out of the handle assembly. Set the handle aside.

Finally, disconnect the linkage that goes to the interior lock above the door-open handle.

With these linkages disconnected and the door handle out, remove the plastic cover on the latch mechanism. You should now be able to peer in and work the lock and opening levers independently and find the fault.

On my particular latch, the plastic bits (yes, they used plastic) had worn and become loose. This allowed the rotating part of the latch to rotate too far, which in turn caused a bind when you try to unlock the mechanism. The security system senses that the latch is not properly unlocked, causing the actuator to immediately engage and relock the doors.

If you confirm that this is your problem, then remove the three screws that hold the mechanism in place and replace the mechanism. I obtained mine from a salvage yard for $30.

Total time to diagnose and repair was about 3 hours - but you now will have an advantage in knowing what you're looking for!
Was this
answer
helpful?
Yes
No
+2

SPARKYPINE
I needed to add a comment to this thread since it shows up in all the Google searches and is a very significant problem/bug.

EBGB's comment is great, and worth a look. But only if your problem is related to a broken/defective part in the door mechanism.

This just happened to me yesterday, 12-22-08 during a snow storm, after the car was sitting all weekend. The temperature was 5 degrees F. After starting the car, I couldn't shut the door, it just "bounced" off the jam and the latch didn't seem to be springing back. So I grabbed the WD-40 and sprayed the latch real good (I know, not supposed to use WD-40 because it attracts dirt but I couldn't find my silicone spray, didn't have anything else handy, like graphite, and needed to get to work). Then the door closed but suddenly would not open. The whole rapid fire electric lock phenomenon started to happen just like everyone has been describing all over the internet. Naturally I thought the world was coming to an end and I would either have to spend 3 hours in my cold garage like EGBG did or pay The Man stupid money to do it for me. I called the local kia dealer here in Erie, Pa. To ask if it was possible to bypass the electrical lock mechanism so I COULD GET INTO AND OUT OF MY *&$# CARE WITHOUT CRAWLING THROUGH THE PASSENGER DOOR (oh, and yes.I had to play the key game on the passenger door and coordinate unlocking the lock and pulling on the handle before the stupid car locked the door on me again). He said to pull the fuse for the door electrical system. But he also said to put the car in a warm garage (yeah, I got lots of those) since he thought it was just frozen. Well, thanks to the really crappy Lake Erie weather, I drove the car for a good hour getting home for the night so it was toasty warm and, when I finally got home, I tried the door lock game on the driver side door. Since I was sitting there and not really wanting to CRAWL BACK OVER TO THE PASSENGER DOOR. Well, I finally won the door lock game on the drivers door and got it open. Then I went to work with the WD-40. Sprayed some on my key and put it into the lock and worked it, repeated several times. Blasted the latch again with more WD. Then worked the door lock. And it started working! Yay! Now my car can let me in and out on the drivers door. Until it decides NOT TO LET ME IN AND OUT OF THE DRIVERS DOOR.

The moral of my story is, it may not be a mechanical failure but simply frozen inner workings. Lube that stuff up and see if it helps before you take it to The Man who will be more than happy to rape all your money for nothing. Thinking back, I do recall the door handle occasionally not wanting to return to its normal position every time I opened the driver's door, even before it got cold. It was as if it lacked lubrication so I think it was building up to this event.

Oh, and Kia/Hyundai: WTF? WHY IS THERE NO MANUAL OVERRIDE FOR THIS?

No more Kia's for me.
Was this
answer
helpful?
Yes
No
-1

It was 13 degrees F this morning and the door still worked after sitting all night.
Was this
answer
helpful?
Yes
No
-1

EBGB
UPDATE
After 16-17 months, the latch mechanism I obtained from the salvage yard has now malfunctioned. I felt that this would be a good time to update some info.

The part number for the drivers front door latch mechanism is [813103C000]. The local Kia stealership in Greenville, SC wanted $58 for the part.

I ordered it online from Hansen Motors in Olympia Washington for $39.71. I just received my new one, BRAND NEW. I will install it today and see how long it lasts.

The new latch appears exactly the same as the old one, with plenty of plastic parts to wear out or break. While I have the door disassembled, I think I will see if there is a way to create an emergency bypass - for when this happens again.
Was this
answer
helpful?
Yes
No
-1

SPARKYPINE
Thanks for the update, EBGB, I do appreciate it. Is there any chance of getting a picture posted of your new latch mechanism before you install it?

When I plugged that part number into the Hanson Motors parts finder website I got two results:

When The Key Is Used To Unlock The Door, It Immeadiatly Locks Back. Can't Open It From The Inside Either. The Door Handle Is Like It Is...
Asked by kingdvb ·
1 ANSWER
2003
KIA OPTIMA 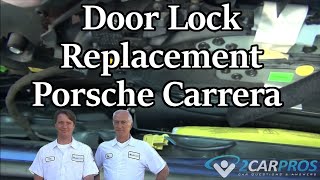 When I Unlock My Doors With The Key Fob And Then Try...

When I Unlock My Doors With The Key Fob And Then Try To Get In The Front Driver Or Passenger Side All The Doors Lock Themselves. If I Fiddle...
Asked by Anonymous ·
6 ANSWERS
2 IMAGES
2003
KIA OPTIMA

When I Go To Unlock My Car Using The Key It Unlocks Then When You Let Go Of The Key It Locks Again It Will Only Stay Unlocked If You Hold...
Asked by emberg ·
1 ANSWER
2003
KIA OPTIMA

Driver Side Door Will Not Unlock?

Drive Rside Door Will Not Unlock You Have To Play With The Lock By Locking And Unlocking The Door From The Outside Til It Opens And Also...
Asked by america12 ·
1 ANSWER
2 IMAGES
2004
KIA OPTIMA

Sometimes My Door On The Drivers Side Will Not Unlock From The Inside. This Morning I Had To Crawl Out The Passenger Door In Order To Get...
Asked by carjckson ·
3 ANSWERS
2004
KIA OPTIMA
VIEW MORE 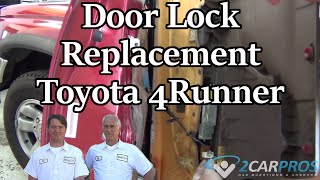