1SK8TRSMOM
My son used to like to off road. I know he went through high water( about three years ago). Right after he'd done that there began to be a belt type of squeal happening when the AC was on. (He described it as the engine "screaming like a woman!) Then it started squealing whenever it started, but the squealing would stop after a few minutes when it was warmed up. I hadn't started it for about two months and when I did, it started and squealed as "usual", but the squealing didn't stop this time, and smoke started coming from under the hood. When I looked, one of the belts was smoking. In front, behind the radiator, but in front of the block, there are three belt driven parts, the one in the middle is not turning, causing the belt to heat up. Anybody know what's going on?
I am obviously not a mechanic.
SPONSORED LINKS
Do you
have the same problem?
Yes
No

1SK8TRSMOM
I don't have a way to send a photo right now. So what do I do if it is the water pump?
SPONSORED LINKS
Was this
answer
helpful?
Yes
No

RACEFAN966
Ok so that is your water pump. So now you must decide weather you think you can replace it yourself or take it to a shop and have it replaced. If you do want to do this your self then I recomend getting a repair manual and between that and myself I can help walk you through it. Let me know what you would like to do. Do not drive it with the water pump bad as this will make it get very hot without you really knowing it till it is to late and the engine is no good ok.
Was this
answer
helpful?
Yes
No

RACEFAN966
So how did it go?
Was this
answer
helpful?
Yes
No

1SK8TRSMOM
I haven't tried to do it yet I'm embarrassed to say. I'd like to try it myself, but it seems like a daunting task. I might have to give in and have it towed to a shop, but at least now I know what it is.
Could this be a result of the Jeep being driven through water up to the wheel wells? I'm pretty sure my son watched one too many Jeep commercials, or maybe that "Jackass" show that used to be on, and tried to do something he saw on tv.
SPONSORED LINKS
Was this
answer
helpful?
Yes
No

1SK8TRSMOM
Do you guys sell paper repair manuals? I know I'd need something that I could look at out at the car.
Was this
answer
helpful?
Yes
No

RACEFAN966
I would pick up a Haynes manual at your local parts store. If you have any questions or need any help walking through the process after you have a repair manual just ask.
Was this
answer
helpful?
Yes
No

What Is This Part

While I Was Driving I Noticed That Something Cracked And Broke. When I Went Underneath My Hood There Were No Issues. When I Looked On The...
Asked by Ajasta Blake ·
1 ANSWER
1 IMAGE
1996
JEEP CHEROKEE 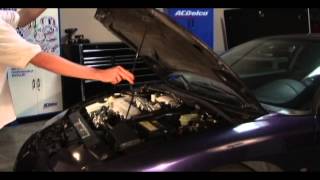 The Hood Was Up, And It Slammed Down On Me When I Was Checking The Oil Level. How Do I Know Which Lift Is Defective? Also, How Do I...
Asked by Ed Wayman ·
1 ANSWER
2002
JEEP CHEROKEE

Jeep Makes Awhistling From Under Hood

The Whistle Only Starts When I Let Off The Gas Ihave Replaced The Motor Part For Air Intake And It Still Makes Sound Only When Leting Off...
Asked by hagemann54 ·
1 ANSWER
JEEP CHEROKEE

I Have A 1998 Jeep Grand Cherokee Ltd, And When I Lock And Put On Alarm, The System Will Work Most Of The Time. Quite Freequently Recently...
Asked by ROBERT OGILVIE ·
1 ANSWER
1998
JEEP CHEROKEE

2004 Jeep Cherokee V8 Four Wheel Drive Automatic Yes I Want To Install An Oem Trailer Hitch I Found A Hitch On Ebay But Its Off A 99...
Asked by transam427 ·
1 ANSWER
2004
JEEP CHEROKEE
VIEW MORE 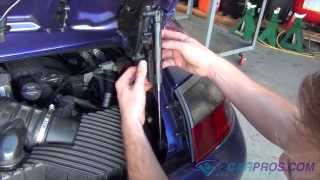 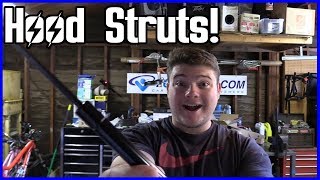