TTMAX
My problem is after installing new intake manifolds (upper/lower) I wanted to make sure the timign was perfect and there was no vacuum leaks. I went to a friends house and due to the dirt and grease on the flywheel I was unable to see the timing marks. I assumed (incorectly) that it was the notch cut in the flyweel and noticed that I was about 90 degees out of the timign mark. My friend suggested we pull the plugs out pull the distrubutor and make sure they were all in good shape. We found TDC, with number one and made the mistake of installing the plugs on the distr. Wrong. I incorreclty assumed that the cylinders were number from side to side having all of the odd cyl. On the passenger side with all of the even ones on the drivers side. We cranked and cranked the engine until we found our mistake. We then timed it perfectly and it was running good, except for a miss and poor throttle response. It seemed to have a small lag in it. BTW I had replaced the IAC, then the EDG Vacuum regulator solenoid, tested the EGR valve (good), replaced the distributor cap and had new platifnum plugs and plug wires. I may need a TPS as I notice the voltage seems to remain static on a climb to WOT at around 2.5V.

My problem arose afterwards by the appearance of a metallic knock that steadily got worse until I noticed the oil pressure light at idel was moving rythmically with the knock. I immediately thought of the oil pump since the distribuitor gear runs this (i think) and we had removed the distributor. We might have moved the distrubuotr one tooth since we had to turn the distriubot too much when it was in the adjacent tooth.

What could cause this problem and noise? Could the Camshaft bearings gone bad right after repairignthe intake manifold? Could some damage have been done when we were tryingto start with the plugs wired incorrectly?

I recently agreed on a selling price just prior to this mystery knocking and reduce performance running.

Pleaase help me out 2 guys!

Thanks in advance,
TTMax in VA
SPONSORED LINKS
Do you
have the same problem?
Yes
No

JACOBANDNICKOLAS
Honestly, nothing you did should have caused a rod or main bearing to go out unless when you were trying to start it, unburned gas made it's way into the crankcase and thinned out the oil. If you check the oil, does it smell like gas?
SPONSORED LINKS
Was this
answer
helpful?
Yes
No

What could cause the symptom I previously described? The knocking is fairly loud and at idle the oil pressure gauge was dipping down low in rhythm with the knocking. Could it be a bearing on the crankshaft or a broken push rod? I need to know which way to investigate either through oil pan or removing intake and heads for valve/pushrod.

It seems very coincidental that this started right after removing the distributor. What could be causing this drop in oil pressure and reduced power to the engine to periodically cause a very low idle.
Was this
answer
helpful?
Yes
No

JACOBANDNICKOLAS
If the oil pressure is low, I would start at the bottom end (crank and rod bearings). Pressure is produced from resistance from close tolerances between bearings.
Was this
answer
helpful?
Yes
No

I Have A 78 Thunderbird With A 351m And I Have A Weird Knocking/tapping Coming From The Block And It Gets Quieter When Its Warm And Doesnt...
Asked by Robert1988 ·
5 ANSWERS
1978
FORD THUNDERBIRD

Both Battery And Starter Have Been Recently Replaced, Car Just Clicks When I Try To Start It. Do You Have Any Diagrams Of The Starter...
Asked by mikeazy ·
1 ANSWER
1994
FORD THUNDERBIRD

I Have A 97 T-bird That Makes A Groaning Or Grinding Sound In The Left Rear Wheel As I Begin To Accelerate. When I Am Just Leaving I Rarely...
Asked by P-Wunder ·
3 ANSWERS
1997
FORD THUNDERBIRD

Hello, I Have A Squeaking Noise That Sounds Like It's Originating From The Right Frontal Wheel Of My Car. It Not Only Happens When I'm...
Asked by carvinrocks2 ·
3 ANSWERS
1995
FORD THUNDERBIRD
VIEW MORE 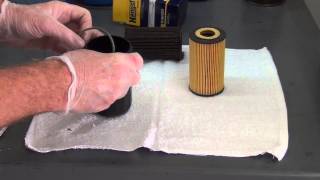