DISCIPLE
Just bought an 89 ford escort wagon 5 speed. Way to many miles but I needed something and it came from a trustworthy friend. Have had it 2 months and no problems. UNTIL ( stupid me ) tries to put a half way decent sound system in it.
I have 550watt amp with 4 ouputs and a low and high pass filter. It is running a 1100 watt sub and 2- 240 watt 4-ways.
I go out to go to work 1 morning and its dead, jump it with my booster until I get to an auto parts store. They run a check on the battery, its dead and from 2003, and they check my alternator which is running 14.3 amps.
here's the thing. Will my alternator be able to put back what my amp is pulling or will it drain it til its dead? I believe it will. If so is there some type of affordable onboard battery charger that I can plug into my lighter that will put back more than it is pulling? Is there a dc/dc converter, thats affordable, that will pull less amps and transfer out enough amps to just hook it up between my battery and my asmplifier's power source?
poor man trying to stay rockin here fellas!
SPONSORED LINKS
Do you
have the same problem?
Yes
No

ROGER MILLER
Question; when you wired in the sound system, did you install the systems' power lead to a battery circuit, or to an accessory ( power with key on, no power when key off) circuit? If you put it in the batt. Circuit it will keep drawing power when it's shut off and the alternator can't catch up. Also some Ford alts. Won't charge if the battery gets too low, a way of protecting themselves from burning out. Although you mentioned it checked out at 14.3 volts. If this is o.K. Have the alt. Checked for amperage output, it may be making volts but not enough amps. If still not enough amps. You may have to put on a larger capacity alternator.
SPONSORED LINKS
Was this
answer
helpful?
Yes
No

DISCIPLE
The memory from the stereo is ran to the battery directly. The amp has to be.
Was this
answer
helpful?
Yes
No

Dripping Water From Under Dashboard

My 98 Ford Escort Had A/c Work Fixed In April 06, Was Advised Heater Core May Be Bad But Was Took Expensive To Fix At That Time. A/c Works...
Asked by $maxwell ·
3 ANSWERS
FORD ESCORT 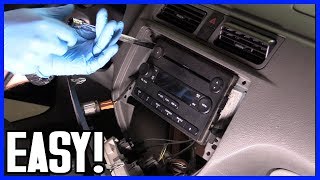 Hi, Ford Escort 96,000 Miles. After Starting And Then Moving Off The Engine Continues To Idle After Foot Is Removed From The Accelerator...
Asked by darkangel2000 ·
2 ANSWERS
FORD ESCORT

I Have A 1997 Ford Escort, {stick Shift}this Morning I Drove Home From Delaware And The Car Was Fine When I Turned The Car Off I Noticed A...
Asked by AMBEGABE ·
1 ANSWER
FORD ESCORT

I Have A Ford Esort Lx 1996 And It Doesn't Want To Start When I Turn My Engine On. The Lights Sometimes Work, Sometimes Don't And The...
Asked by bursac26 ·
1 ANSWER
FORD ESCORT

Why Are My Dashboard/interior Light Off

Ok, Lately My Interior Lights. Become Dimmer And Dimmer Until They Died On Me.I Have Bright Headlights. But No Inside. Dashboard And Radio.I...
Asked by okostov ·
5 ANSWERS
1996
FORD ESCORT
VIEW MORE 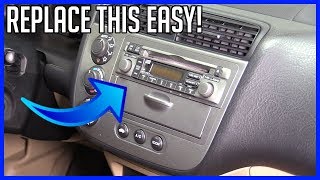