I have a 2007 5.7 ltr hemi the moter is done. I have a 2003 5.7 ltr hemi that I want to put in it. The question I have is The 07 has a EGR valve and the o3 im going to use douse not. Can I put that moter in and not plug the EGR wire into anything and will the truck run properly without it? I was told by dodge mech that the moter will work but I never noticed the EGR valve till I payed for the 03 and brought it home!
SPONSORED LINKS
Do you
have the same problem?
Yes
No

RACEFAN966
It will bolt in and it may even start but you will have a check engine light on that will not be able to be shut off. So if you live in a state where you have to have it smogged it will NEVER pass. You should use the 07 intake so you can use the 07 injection and the EGR, this should fix that problem.
SPONSORED LINKS
Was this
answer
helpful?
Yes
No

ALAN JAHNER
Hay thank you for your reply. I was going to use the o7 intake and put the EGR valve on the 03 but the 03 douse not have the holes in the cylinder head to mount it or for opperation. I don't know what to do anymore that truck has been a lemmon from the day I bought it.
Was this
answer
helpful?
Yes
No

RACEFAN966
Well if the heads are in good shape on the 07 the I would swap heads too. Sounds like you have had a rough time with this one sorry.
Was this
answer
helpful?
Yes
No

RACEFAN966
So how are things going with the swap?
Was this
answer
helpful?
Yes
No 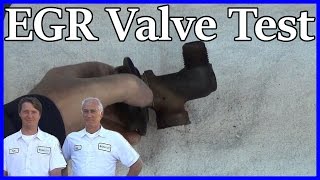 About A Qt. A Fill Up(once A Week). Not Leaking Out, Not In Antifreeze, Not Blowing Any Smoke. No Trouble Codes. When I Cleaned The...
Asked by ironhead30 ·
3 ANSWERS
1997
DODGE RAM

I Have A Vaccuum Line That Goes From My Breather To? I'm Not Sure Where It Is Supposed To Go. Could You Tell Me Where I Am Supposed To...
Asked by roxanne41553 ·
1 ANSWER
1988
DODGE RAM

My 2001 Dodge Ram Pickup 5.2 Litre Has An Issue With The Vents Switching From Vent To Defrost. I Have Changed The Pcv Valve Without Any...
Asked by wsysak ·
1 ANSWER
2001
DODGE RAM

Whinning Noise When Wet Out.