What does "Preliminary" CVIs mean?

ADAM BENTLEY2
I recently purchased the van listed above (Limited). I have AppCar DiagFCA and used it most recently to check transmission temperature after doing a pan drop, filter and fluid replacement. Yes, haha, I used ATF+4. I owned an older Grand Caravan with the 41TE, so understand the importance of using the correct fluid. I am learning about the 62TE transmission and have delved into the CVI values. All of them, with the exception of L/R, are within the published specs. Specs state 16 - 63 (1/64s Cu. In). I am getting a reading of 68 - 73. I want to know if I have clutch wear. The van shifts absolutely beautifully and suffers none of the known shifting or engagement issues common to the transmission (based on my reading). The only Chrysler transmission that I have seen that uses the term "Preliminary" in the specs for CVIs is the 62TE

What they mean is basically what needs to be done in preparation before starting a procedure. For example, before removing a brake rotor, you must first have the vehicle lifted, wheel off, and brake caliper off. Those would be the preliminary requirements before removing the rotor.

I hope that helps. Let me know if you have other questions.

ADAM BENTLEY2
Thanks Joe. Though I'm not sure that's what it means in this case. Please see the attached pic.
Image (Click to enlarge)

CARADIODOC
That looks like it might be the original factory-programmed values That would be what the computer reverts to after the battery is reconnected, then it relearns the current values within the first two miles or dozen shift cycles. We never called them "preliminary" at any of the Chrysler schools I went to.
Was this
answer
helpful?
Yes
No
+1

ADAM BENTLEY2
Caradiodoc, now that makes sense to me. When I dropped the pan, I was going to do a relearn via APPCar diagFCA, but the transmission shifted so well that I didn't bother. So, a higher value - or 'out of spec' value - does not necessarily mean excessive clutch pack wear? Here is a pic of the relearn option in AppCar diagFCA. You can see there is also the option to clear Learned Variable Line Pressure Counters. Do you see any benefit in doing this, and/or a relearn if my transmission is working fine? I wonder if there are any benefits to be actualized. Apparently my ECU was reflashed not long before I bought the van, but I'm not sure if the transmission software itself was updated to the latest iteration. Once again, thanks for the information.
Image (Click to enlarge)

CARADIODOC
I have to be careful now because I might try to tell you more than I know.

We were instructed at the dealership any time we had to disconnect the battery for some other service, we were to take a short test-drive to allow the Engine and Transmission Computers to do their relearns. That was to prevent customers from coming back thinking something was wrong. Engine Computers relearn all their sensor characteristics and fuel trim data without you even noticing, except for "minimum throttle". By 2013, it looks like they changed the programming, but for others researching this topic for older Chrysler products, it is real common to have very low idle speed right after the battery was run dead or disconnected. To meet the conditions for that relearn to take place, drive at highway speed with the engine warmed up, (use two feet if necessary), then coast for at least seven seconds without touching the pedals.

The Transmission Computer also relearns everything on its own, but it does revert back to the factory-programmed default values after the battery or computer is disconnected. My experience has been, after driving probably hundreds of customer vehicles, I rarely noticed shifting problems in those first few miles, but a car owner might notice something out-of-the-ordinary. That won't be an issue if we do a short test-drive.

The Quick-Learn procedure you have highlighted performs the same relearn as occurs on the test-drive. I don't remember ever seeing this on the earlier DRB2 scanner that worked on up to '95 models. This showed up on the DRB first used on '96 models. The display screen will instruct you to shift into "drive", then press a switch to continue. At that point you'll feel the bumps as it shifts into all of the gears, one after another. It's measuring fluid volumes, then it updates those values in the computer. I've done that a few times, more just for the experience, but the vehicle would still get a proper test-drive to be sure everything was working properly. I was the suspension and alignment specialist, as well as electrical and brakes, but I did replace 13 transmissions in ten years when others were backed up with their jobs. Other than that and routine fluid and filter replacements, I had lots of Chrysler training, but transmissions weren't my specialty.

For the reflash you mentioned, there's two things to consider. Remember that Chrysler has always been the leading innovator in developments that benefit car owners. Other manufacturers always follow with their own versions a few years later. Likewise, GM has been the leading innovator in things that benefit GM, usually at the expense to their customers, and again, others follow suit a little later. One of those "customer-unfriendly" innovations was the need to program a replacement computer to the specific vehicle. I could write pages of details as to how this has hurt car owners, independent repair shops, and salvage yards over the years, but it is sufficient to just say other manufacturers have adopted this practice. You would only need to have that done if you're replacing the computer. GM makes independent shop mechanics take the vehicles to the GM dealership. Chrysler will sell the independent shops the software for doing that. And there are some reprogrammers coming out now from the aftermarket suppliers. I haven't had a chance to play with them yet.

There is a different reflash that you might be referring to that just installs updated software into your existing computer. That is not something you need to do unless there is a specific problem you want to address. For example, when I bought my '93 Dynasty, there was a service bulletin about ten common drivability complaints related to the transmission. Turns out my Transmission Computer couldn't accept a reflash, so Chrysler gave me a slightly newer one that had that capability. My concern was a minor one, mostly because I had never experienced it before. When approaching a stop sign, the transmission waited a little too long to down-shift to first gear, so you'd feel that as a "bump-shift". I installed the reflash, but it didn't change anything, That car doesn't quite have 5,000 miles on it yet, so it obviously hasn't been a problem. It's just, "the nature of the beast".

Reflashes for computers that could effect emissions get a new part number sticker applied to them with the updated part number. It's considered a different part because it has significant differences in it. When an updated computer, or any part for that matter, comes from the factory, you'll find different letters at the end of the part number. For example, a common radio model # 4704383AC will have had two revisions since the original 4704383AA came out. We rarely get to know what it was those revisions addressed, but on a three-day visit to one of Chrysler's authorized radio repair centers, they showed me a three-page internal document laying out all the design parameters for one single component that you could buy at Radio Shack or any electronics parts store for a dollar. They did more temperature and vibration testing than for some parts used in the space shuttle. If one of those had to be installed to replace a defective part, that radio got a higher letter applied to its new part number.

In the early years of Engine Computers, (another Chrysler first going back to 1977), it was not that uncommon to find an oversight in the design process that neglected to take into account a set of conditions that when met, could allow emissions to go too high, even for just a few seconds. They had to supply an updated computer for every one of those vehicles already shipped out. To address that high cost, they went to the computers that were more generic and could be stuffed into multiple car models and engine sizes, then they just installed the software specific to each vehicle. If they did become aware of an emissions glitch, it was a simple matter of writing new software, then making that available to the dealerships for updating the computers right in the car. Customers got a recall notice in the mail, and the updates rarely took longer than a half hour. Most of that time was spent writing up paperwork and other documentation. You wouldn't notice any difference in engine performance, and these updates usually didn't address unusual running problems that had other causes. A car owner would have no way of knowing there was an update or that it was needed.

Other manufacturers may call these, "campaigns", but the more common term is "recall". With some, you'll find a large sticker with hand-written information taped to a computer to inform others that update has been done already. Chrysler provides the new sticker already pre-printed.

Another recall going back to the days of Omnis and Horizons had us install a valve to address an emissions problem. That job took the better part of 15 seconds once the hood was open. It's the paperwork that took the rest of the 12 minutes they gave us to do that job. Part of that included pasting on a new engine data sticker under the hood. It showed the valve that had been added to a vacuum hose, but nothing else got a new part number.

So to finally address your scanner's relearn procedure, there's no need to do that, and nothing will happen if you do, but what you might find interesting is to write down all the current values, then see if any changed after you do the procedure. I'm going to say you won't notice any difference in shifting quality.

I'll hand you back to Joe now for more words of wisdom.
SPONSORED LINKS
Was this
answer
helpful?
Yes
No

My Van Will Not Shift Into Reverse. Also, When In Drive Will Not Go Over Fifteen Mph Then It Quits Pulling.
Asked by bjohnson1423 ·
31 ANSWERS
1 IMAGE
2003
CHRYSLER TOWN AND COUNTRY

All Of A Sudden, When Parking My Van Would Not Shift Into Park! It Will Shift Into Neutral, Drive And Reverse. It Will Continue To Roll...
Asked by 2002van ·
2 ANSWERS
2002
CHRYSLER TOWN AND COUNTRY

My Torque Converter Occ. Feels A Little Rough During Lock-up In Final Drive, But No Codes. I Had It At Two Repair Shops, One Says It Will...
Asked by julie2007TC ·
4 ANSWERS
2007
CHRYSLER TOWN AND COUNTRY

I Was At A Stop Light, It Had Just Finished Raining. I Tried To Accelerate From The Stop Light When I Began To Hear My Tires Spinning, I...
Asked by Jamalgrand1 ·
7 ANSWERS
2000
CHRYSLER TOWN AND COUNTRY
VIEW MORE 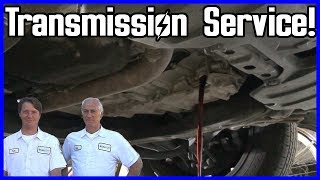 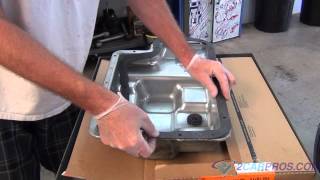 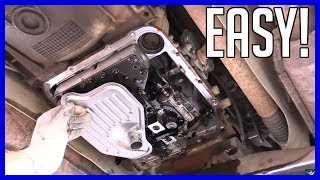